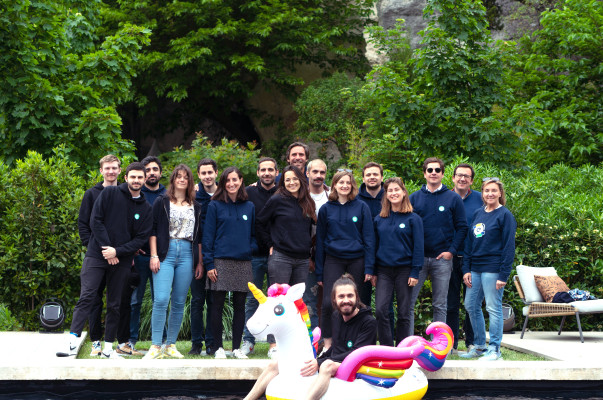 European startup studio eFounders has now been around for 10 years. And because a birthday sounds like a good opportunity to share some metrics, the portfolio companies have reached a valuation of $2 billion together — only 18 months after reaching $1 billion.

eFounders says it is focused on building the future of work. In practical terms, it means the company is building B2B SaaS startups with a focus on productivity and workflows. For instance, Front, Aircall and Spendesk all started with eFounders.

There have been a few exits, such as TextMaster, Mention, Mailjet, Hivy and Briq. Those exits are included in the total valuation of eFounders companies —  exit values are freezed as of date of exit. But Front, Aircall and Spendesk could represent even more massive successes down the road.

“When we started in 2011, there was an existing model that was Rocket Internet. We liked the entrepreneurship spirit but we didn’t like the philosophy,” co-founder and CEO Thibaud Elzière told me.

Instead of copying Rocket Internet altogether, they altered the business model quite drastically on three different aspects:

When eFounders come up with a new project, they act as a sort of third co-founder. The startup studio tries to find a CEO and a CTO. In exchange for a third of equity, the eFounders core team helps take the project off the ground. When the startup raises a seed round, eFounders moves on from day-to-day activities and focuses on new projects.

And it’s been working well. With 30 portfolio companies, there are now 1,500 people working for an eFounders-backed company. Combined, they generate $131 million in annual recurring revenue.

As for the next 10 years, Elzière doesn’t think eFounders can simply increase the cadence and launch more and more projects. “It’s a model that isn’t scalable — it’s hand crafted,” he said.

There are two ways to expand. First, eFounders is going to focus on more verticals. That’s why the startup studio partnered with Camille Tyan so that he would be in charge of fintech projects. You can imagine another studio for blockchain startups, another one for AI startups, etc.

“We want to remain focused on software with a B2B angle — not enterprise but long-tail B2B. We don’t pretend to be a general-purpose studio, but we can acquire specific skills and knowledge on specific topics,” Elzière said.

If there are some liquidity events with some of the most successful eFounders companies, the startup studio is also going to use part of its cash to invest in other companies. This eFounders fund would focus on seed investments in SaaS companies with a hands-on approach.

“Creating a SaaS company today is a lot more complicated and more expensive,” Elzière said. “People who use Notion tell you that Notion is slow because it takes more than 100 milliseconds to load a page. People expect the same thing in consumer apps and in SaaS when it comes to performance, design and experience.”

“Companies raise more and more money because there’s a lot of money available, but also because it takes more and more time and skills in order to build a product,” he added.

With Russian sanctions, small companies may be in for a big surprise – Business Documents, Forms and Contracts

RBI Lifts Restriction On Mastercard After Almost A Year