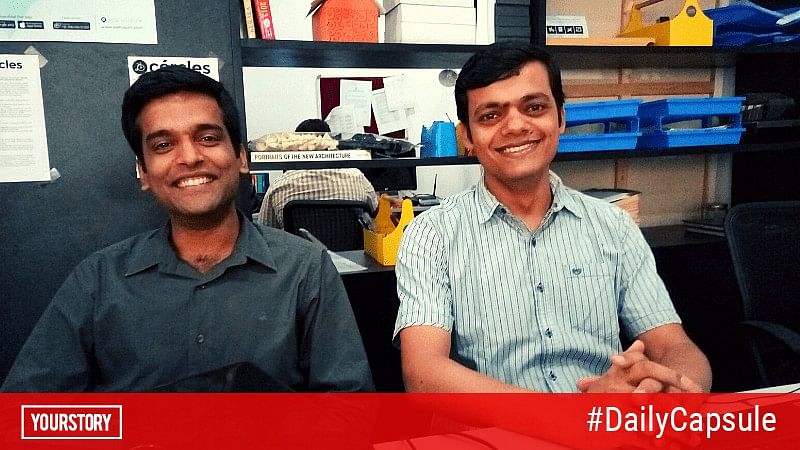 Education may be priceless, but in India, it does come at a cost.

Entrepreneur Ankit Mehra saw the education financing problem faced by Indian students from close quarters while pursuing his MBA in Spain. With good universities charging astronomical prices for a degree and lenders going back on their loan commitments, a lot of students had to simply give up on their dreams.

That also explains India’s poor gross enrollment ratios in colleges, with only one-fourth of school finishers going on to pursue a higher education. Ankit launched GyanDhan to solve this problem of education finance for Indian students.

The Delhi-based startup operates an edu-fintech marketplace, where a variety of lenders — from banks and NBFCs to even individuals — can offer ‘study abroad’ loans or scholarships to students.

To assess their loan eligibility, GyanDhan has built a proprietary risk scoring model known as the ‘GyanDhan Score,’ which analyses their financial and academic data and also factors in their future employability to assign them a unique credit score. Read more.

Meet Anju Seth, the first woman to be appointed as a Director at IIM Calcutta. With an illustrious career spanning 35 years, Anju is now tasked with enhancing the premier B-school’s infrastructure, and also create a playbook that can foster gender diversity in Indian academia. In a conversation with YourStory, Anju spoke about industry-academia collaborations, experiential learning, implementation of the National Education Policy, and how Indian institutes can attract foreign students.

India’s ban on TikTok last year left a vacuum in the short-form video content space, but several players rushed to become the new go-to platforms for the ByteDance-owned app’s 200-million users in the country. Gurugram-based Bolo Indya is just one such platform.

The short-video and commerce platform, which launched in 2019, picked up pace in the last one year. It now has over six million users and three million creators who dish out content in 14 vernacular languages, including Hindi, Bengali, Marathi, Bhojpuri, and others. We bring you our first impressions about Bolo Indya in this week’s app review section. Read more.

India has over 300 million blue-collar workers and counting, with lakhs of new graduates being added to the workforce every year. However, the lack of access to credit has made their survival difficult. Backed by Y Combinator and 100X.VC, Gurugram-based fintech startup Bueno Finance aims to change this by connecting them to the mainstream financial world. Read more.

“There has never been a better time to start up in this sector. If you’re passionate about edtech and want to make an impact, there’s a lot more to do. There are hardly any large companies in this sector, and there are several opportunities and problems to be solved in this space.”

The rise of contractual jobs in the new normal