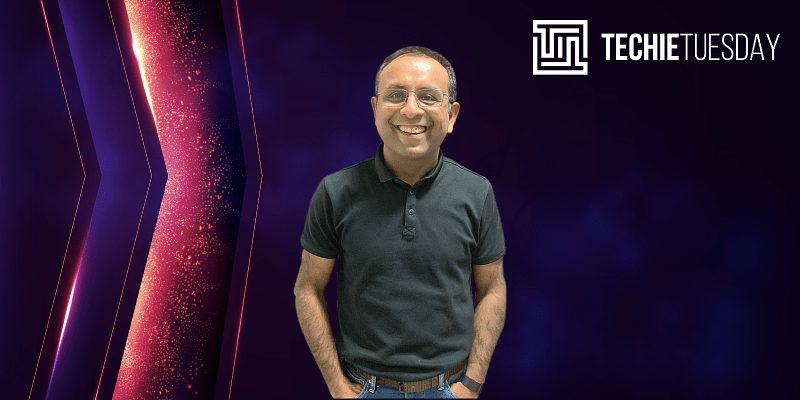 For Sachin Arora, getting into engineering and computer science meant taking the untreaded path. The son of a banker and a homemaker, he was one of the first in his family to take the engineering route.

Sachin says he was exposed to computers only in Class 10. “It was an elective course. I never took the class because it had extra fees and we were from a middle-class background,” he recalls.

But, there was no looking back once he stepped on to the technical path.

Sachin has also played an instrumental role in Myntra’s transformational journey from being a personalisation player to becoming India’s leading online fashion brand. He joined Myntra at a time when the company was looking at entering the fashion and lifestyle ecommerce segment. Interestingly, he hired Rahul Jaimini, who later co-founded Swiggy.

He also worked at Amazon, leading the Amazon Marketplace Technology group based out of India. His team built and managed systems responsible for the seller onboarding process into Amazon marketplaces globally.

From a hobby to a career

Sachin’s tryst with technology began when his father’s friend, a computer programmer at NIT, started teaching him computers during his summer vacations.

“I had finished my Class 10 board exams and was waiting for results. I used his computer and he taught me Fox-based programming language. It was a luxury in those days,” he says . For the next two months, he learnt various computer languages.

This was his induction into computer programming and there was no looking back.

Sachin was fascinated by the idea that a machine could create and do things based on a few lines of code and decided to take this interest further. He decided to take computer science as a college elective.

In Class 12, he built a supermarket manager software that could do invoice billing, order management, inventory management, and more. The software was built on Pascal and DoS.

He applied at a reputed college in Chandigarh, but didn’t get into the computer science course. He got through the chemical engineering course, but despite applying himself realised that it wasn’t for him. He returned home to Delhi, applied for a computer science course again, and joined Netaji Subhas Institute of Technology in Delhi in 1996.

“It was the world of basic DOS operating systems; there was no room for UI or graphical user interfaces. During the late 90s, when the internet was introduced with modems, I was super-excited,” Sachin says. This was also the time Java was being introduced as a programming language.

Through four years of engineering, Sachin kept experimenting with different kinds of coding tools and programmes. By the third year, he was placed at Bell Labs. He was set to join in 2000, but an opportunity at Austin-based company Trilogy Software came up – it was looking to set up an engineering and technical team out of India.

Sachin recalls his excitement while giving the interview at Oberoi in New Delhi, saying it was one of the few times he was in a five-star hotel. He was selected and joined in 2000. For the first six months, Sachin went to the US for training at the Trilogy University; this was where the company trained youngsters in coding and programming.

“It was a great experience. I got to learn so much in six months in terms of software programming, coding…we focused on trying new things and using our coding skills,” he says.

In January 2001, he came to back to India, when the company started its India office in Bengaluru. Sachin spent the next eight years at Trilogy.

By that time 9/11 had taken place and several companies, including Trilogy, were affected. The focus shifted to India, as did the development centre, and a year and a half later Sachin had the choice of a leadership role. He became a part of several verticals, starting with financial services where he developed software used by large mutual funds and Fortune 500 insurance companies.

“They used it to manage their distributed channels…I worked on automotive services, where Ford was a client. In 2006-07, I worked for a large project for Ford platform and their dealer sites. We worked on Trilogy’s flagship product, which was the configurator, the sales builder,” he explains.

Starting up for the first time

After eight years at Trilogy, Sachin wanted to try something different. He started Life Mojo in May 2008 with a few friends at Trilogy.

At Trilogy, Sachin says he learnt the importance of high performance engineering and focus on ownership.

Life Mojo was like the early Healthifyme, and the founders started working with a nutritionist, Dr Shikha Sharma, who was offering to develop a platform that focused on preventive healthcare.

“This was the pre-Android and IoS era, so we built everything on Symbian. But few months later, while it gave me a great learning on understanding the latest technology, I realised I needed a reality check. It is hard to build something from scratch and I definitely needed to learn more skills to run a business,” he says.

By the end of 2008 and early 2009, Sachin decided he needed to join a startup that brought in a revenue of a million dollars before he started up again. But before that he joined Trilogy again. By then the old enterprise software business had changed to Versata, and Trilogy had a new B2C focus. Sachin worked as the CTO there.

From Trilogy to Myntra

A year later, Sachin happened to meet Mukesh (Bansal), who “then wanted to take Myntra to the next level”. “I was fascinated with the idea of ecommerce and building a platform focused on retail and fashion out of India. Also, Mukesh’s vision was very exciting.”

In 2010, he joined Myntra as the CTO at a time when the company wanted to create an organisation backed by strong engineering. He was one of the first ones to be hired for the tech department, and had to build and manage a robust team of 50+ world-class engineers.

In 2012, Sachin moved to the role of Chief Customer Experience Officer, which made him the representative of customers in the Myntra leadership team and the organisation. This was the first time an ecommerce company had an executive focused only on customer experience.

“We were always focused on customer experience. We were acutely aware that discounts wouldn’t be long term. The technology had to be out of the world, as did the customer service and experience.”

In this role, Sachin built a team focused on building Myntra into a gold-standard experience for online fashion in India.

Building in India for Amazon globally

Sachin was in Myntra until 2015, when he began feeling that the platform was self-sufficient and could run on its own. That’s when he joined Amazon in 2016 as the Director, Software Engineering. He built and managed systems that were responsible for the seller onboarding process into Amazon marketplaces globally.

At Amazon, Sachin managed a large team of engineers for markets, including North America, Europe, Japan, Middle East, and India. Given the varied geographies and Amazon’s scale, the onboarding process involved building internal systems and procedures keeping in mind the business and legal compliances of respective regions.

The development of these systems was completely done out of India, under the leadership of Sachin, who says he learnt about “building for scale quickly” at Amazon.

The world of fintech

In 2018, Sachin felt it was time to retest his entrepreneurial skills and decided to take up the opportunity to join the fintech startup Chqbook as co-founder and CTPO.

“Financial services and inclusion are a large, underserved market. The scope of technology and the way it can transform small and medium merchants is vast. I felt I could use my experience in technology, ecommerce, and consumer service in the fintech domain,” Sachin says.

At Chqbook, he focuses on helping strategise and scale the platform to the deepest corners of the country.

What does he look for while hiring engineering talent? A basic understanding of computer science, of course.

“For startups, it is important to hire people who are driven by a larger purpose, who want to achieve something big. You need to think like an owner as working for a startup isn’t a regular job. If you are looking to join a startup, think big and focus on building something. This doesn’t necessarily translate to long hours,” he says.

“A lot of engineers end up over-engineering or under-engineering. Pragmatic and right engineering is tough, but is extremely important. People spend a lot of time building the product, and don’t even get proper customer feedback,” he says.

He adds that it is important for engineers to focus on problem solving, stating that the “best code is the code that was never written”.

“Focus on learning and what you can bring to the role. Ultimately, what happens is that you can switch jobs if you’re in that mindset to switch jobs quickly, but you plateau because your skills don’t grow,” Sachin says.

Why You Should Look after Your Archives –