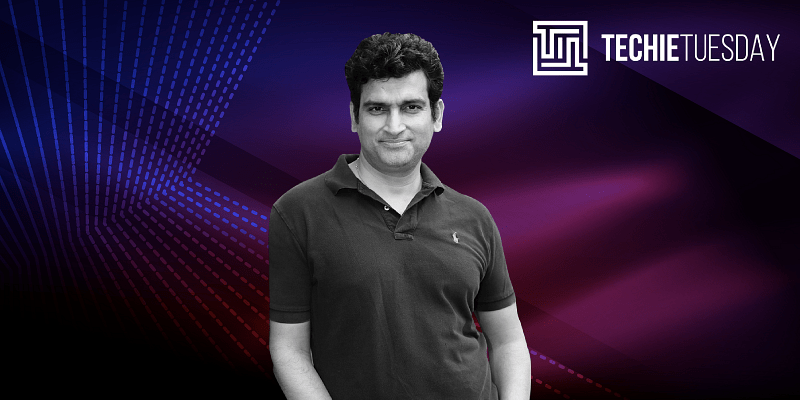 Prior to joining ShareChat, Gaurav was the Head of Product at Uber, who spearheaded AI, Data, and the marketplace platforms at the ride-hailing company. In a career spanning nearly three decades, he has also held senior tech and product leadership positions at Facebook, Yahoo, and Microsoft. Gaurav also launched Guruji.com, a regional language search engine, which was acquired by Flipkart in 2015.

Presently building ShareChat Labs in San Francisco, Gaurav believes what matters most for any engineer or techie is the impact a product or solution can have on the customers.

YS takes a look at Gaurav’s professional journey, and how his fascination for technology and love for AI from early days pushed him to innovate and build India-specific products.

Hailing from Banaras in Uttar Pradesh, Gaurav’s father worked for the Ministry of Defence. Gaurav says, “We moved around different cities and towns. My schooling was mostly done at Kendriya Vidyalayas (KVs) where there was a strong diversity.” Gaurav says this helped him understand how people from different backgrounds worked and taught him collaboration early on.

Taking up engineering after high school was a no-brainer for Gaurav as his father and brother were both engineers. It was something that he had come to assume about himself as well. Gaurav joined IIT Delhi in 1990 and took up computer science engineering. While in college, he was also selected for an exchange programme at the University of Massachusetts, Amherst.

“One of the most pivotal things I did there was take a course on neural networks, which is the foundation of AI today. I was fascinated by the technology and its implications. I wanted to do a lot more work in AI,” says Gaurav.

The world of programming and entrepreneurship

After graduating in 1994, Gaurav wanted to explore more about Artificial Intelligence (AI), and he joined the University of Buffalo, New York. Unfortunately, the courses were limited and he had to choose computer science for his master’s. It was also the time when the internet phenomenon was picking up.

“You could walk into a dinner party and you would get nearly three job offers because everybody just wanted somebody who could code in Java or any of the other computer languages,” says Gaurav.

In 1998, Gaurav started working with Microsoft, which helped him understand systems and growth, and scale.

Bitten by the entrepreneurial bug, he soon decided to start up. He says: “I worked on some ideas in enterprise software and gaming. These were just basic exploratory steps.”

In 1998, he started a company called Elliance, which was building enterprise software solutions. After a year and a half, the dotcom bubble burst happened in 2000. This was the time when the team was in the process of raising funds. Most of the deals fell through and things were not looking good. While the company had to be shut down, Gaurav says the team learned a lot and tried hard to build and scale the product during the tough times. That is what mattered the most at the end of the day, he adds.

Gaurav then joined a startup called Pillar Data in 2001, where he worked on core file system software building storage solutions. Until 2005, Gaurav worked with different startups. He also got hired into Intellisync, which acquired PdaApps that was developing a mobile instant messaging solution. Gaurav also built mobile apps for Blackberry and Treo while working here.

Gaurav says he had seen small startups dream big and disrupt legacy companies. It made him believe that anybody can build companies. “The entrepreneurial bug never left me, and I started building Guruji.com in 2006.”

“The entrepreneurial journey is about your capacity and the belief that you can do that. The journey in itself is very fulfilling, and keeps pulling you back,” explains Gaurav.

Gaurav got the idea of Guruji when he and Anurag, his batchmate from IIT Delhi, were working together in the valley. “We were identifying the gaps in the world of technology. At that point in time, Baidu had gone public in China and we felt if China can have a Baidu, why can’t India have its own search engine, and that was the genesis of Guruji,” says Gaurav.

Gaurav soon shifted to Bengaluru from the Valley to build Guruji.com, one of the first search engines in India that allowed users to search in their native language.

“At one point we were ahead of some of the bigger search engines in the world in terms of traffic and user success stories,” says Gaurav. Guruji was acquired by Flipkart in 2015, and Gaurav moved back to the US.

In 2010, Gaurav joined Yahoo. “It was an interesting opportunity because similar to Guruji, at Yahoo I was building all the platforms that powered search,” says Gaurav. He says the best thing about the technology landscape is that whether you are starting a company in India or leading something at Yahoo, the excitement is similar.

After his four-year stint at Yahoo, Gaurav joined Facebook in March 2014. Here, he worked on PPT – People, Places, and Things. It was an extension of his work at Yahoo, but Facebook was building non-people graphs in terms of how people are connected to their colleges, and how they like others to know about the places they visit.

He says, “Check-in was a huge phenomenon those days, and the relationship between the user and places they visit, or movies and music they like was very important. Some of the challenges Facebook faced was in terms of how this entity graph was built was similar to how we had built the search experience at Yahoo.”

Gaurav explains that Facebook saw that a lot of pages were created on the fly, and checking in to the same place with different names. There was a massive problem to solve in terms of consolidating the whole entity graph. There was a need to solve a problem in terms of what information is useful for a particular user, and it changes with the context in which that information is created and used for.

The ride from Relcy to Uber

After his short stint at Facebook, Gaurav’s expertise and work on search engines landed him the role of VP, Product, at Relcy, a startup specialising in mobile search, funded by Khosla Ventures.

“It resonated with me and I believed in the opportunity that search experience on mobile can be reinvented using knowledge graphs,” says Gaurav.

Relcy was looking for an exit. It was in talks with Uber in early 2016 when the ride-hailing company was in its heyday. While Uber did not acquire Relcy, Gaurav moved to join Uber in 2016. Uber had just raised a large round of funding, and it was the fastest-growing startup in the Valley then. He joined as the product lead for search, location data, routing, and navigation.

Gaurav built the search engine that powered the destination search for Uber. He also went on to build the core routing engines, navigation engines, and AI platforms for marketplace and maps.

By the end of 2019 and early 2020, Farid Ahsan, Co-founder of ShareChat, met Gaurav in the Valley. Gaurav was inspired by the ShareChat story.

“They had over 160 million monthly active users. The insight the founders had was eye-opening, and I had done a similar journey with Guruji. I found a lot of similarities between my journey and the founders of ShareChat. I wanted to bring it to the next level,” says Gaurav.

Returning to his passion for building India-specific products, Gaurav is now overseeing product development at ShareChat, and will be charting the growth of ShareChat Labs in San Francisco. He will also be leading the ML/AI efforts for the company in the US.

Gaurav says, while hiring engineers, apart from skills, what he looks for is attitude and culture fit. “We look for people with super-sharp analytical skills, deep understanding of data and technology,” explains Gaurav.

Advising young techies and engineers, Gaurav asks them to dream big. It is very easy to get into a comfort zone of finding a cushy job, but in the current technological landscape, it is all about how big is your vision and the impact you want to create.

Digital Biz M&As Soon To Come Under The CCI Ambit

STAGE Raises Funds To Take Paid Subscriber Base To 1 Mn

Arrenda emerges with Adelanta, a financing offering for landlords in Latin America – TechCrunch

‘I believe our best days are ahead’ – TechCrunch