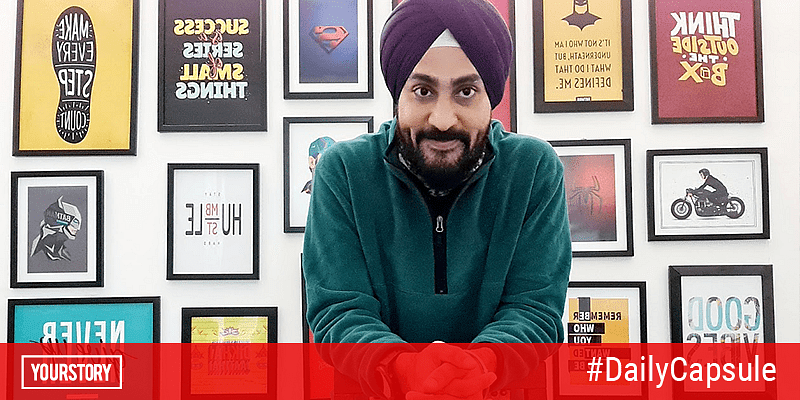 It’s never too early to start up.

Jasmeet Singh hadn’t even reached adulthood when he joined MakeMyTrip  — a little known travel booking company back then — as an intern in 2000.

Despite pressures from his family to earn a college education, Jasmeet didn’t give up, and went on to work long nights as a database operator at MMT.  Soon, he would find himself taking up leadership roles at the firm, which became one of India’s earliest internet majors. Twenty-one years later, Jasmeet now serves as the Senior Vice President of MMT, and — along the way — has built his dream house, and bought his dream car (a BMW 3 Series M Sport).

MakeMyTrip Founder Deep Kalra often says that the company is not enamoured by just degrees. Jasmeet Singh has been a great example of that.

With climate change becoming a critical conversation globally, the need to switch to renewable sources of energy is becoming more imperative by the day. Sumant Sinha, Chairman and MD of ReNew Energy — one of India’s largest cleantech startups — shares insights on the changing paradigm of energy, and how India is taking strides towards achieving its renewable energy goals.

For Sathvik Vishwanath, just being well-versed with technology was never enough; he always wanted to know more about its business implications and use cases. Having had an interest in computers early on, he learnt to build websites, develop programmes, and even work on popular games like Second Life. By 2013, as blockchain and cryptocurrency started gaining attention in the West, Sathvik —  a natural early adopter — jumped onto the bandwagon to set up Unocoin — a bitcoin exchange. Read more.

Last year, India opened up the space sector to private players to meet the rising demand for space-based applications. Founded in 2018, Grahaa Space is involved in designing and developing a cluster of earth-observation nanosatellites that can be programmed to stream near real-time, high-resolution videos. Read more.

“I believe the greatest lesson this pandemic has taught everyone, even the sceptics, is that scientific discovery is crucial to human flourishing.”

How To Create Career Paths For Employee Motivation

Streamline Service Delivery for Your Organization with SolarWinds’ IT Help Desk