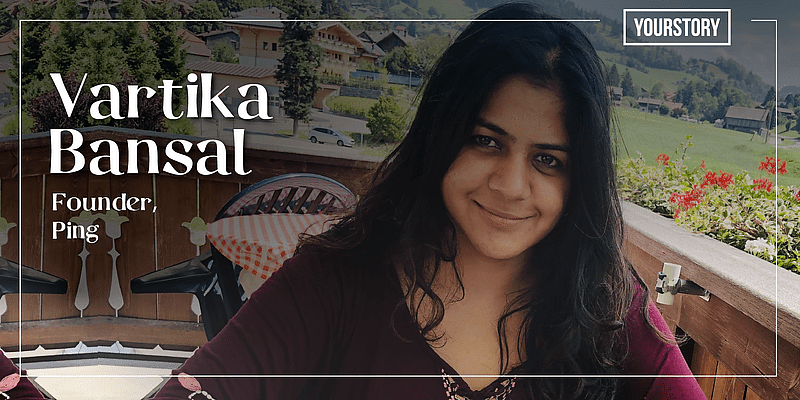 Social commerce first came to India in 2015 when Vidit Aatrey’s Meesho, Bengaluru-based GlowRoad, and Mumbai-based Shop101 (now acquired by Glance) gained prominence after reselling on WhatsApp. The concept then gave way to live commerce with firms such as Bulbul and Simsim (now acquired by YouTube) taking up that model.

It took the pandemic, the consequent lockdowns, and the rise in WhatsApp shopping to give Bengaluru-based Vartika Bansal an idea.

“In 2019, I travelled to many countries and everywhere I would see farmers and bakers selling to communities. In India, I came across farmers who were selling to a particular apartment complex and many other small business owners doing the same thing. That’s when this idea came to my mind,” Vartika says.

In July 2020, she launched Ping, a social commerce platform that connects small sellers with buyers.

“This is not a reselling model. We have makers (sellers), who either sell through WhatsApp or have a digital website, coming on to our platform to grow their customer network.”

Vartika says she always wanted to be an entrepreneur. Before starting up, she worked in leadership roles at budget-hotel firm OYO and later helped food delivery platform UberEats launch in the southern part of India and Sri Lanka.

A seller can integrate their existing selling platform, such as a website, on Ping and get access to the app’s user base. Ping, which is run by Pingthis Pvt. Ltd., has a 40-member team with at least 500 sellers on the platform showcasing products across categories, including food, home, gardening, pets, and kids.

“Food is the biggest selling category for us as of now. That has branched out into sub-categories such as exotic fruits and vegetables,” Vartika says.

The app, which currently has over 1, 000 downloads, according to data available on Google’s PlayStore, is currently functioning in Bengaluru, Mumbai, Gurugram and Hyderabad. Vartika is looking to deepen penetration by increasing the seller base to reach 3,000-5,000 in every city.

Currently, the average basket size is Rs 400-500. The firm refrained from sharing the order numbers as they are still a new platform.  The startup charges sellers about 5 percent as commission.

Ping currently works with 400 active communities and is looking to raise this number. “We work with apartment complexes and independent houses,” says Vartika, refusing to divulge her initial investment.

The founder says Ping was able to get a presence in multiple cities in a year due to the “asset-light model”.

“We only provide the platform and users to sellers; they need to arrange logistics and packaging. I don’t think that would be a big challenge because we have such a robust hyperlocal delivery network,” she says.

Not providing logistics also became one of the many challenges for Ping as many buyers would reach out to the firm, instead of the seller, in case of delivery issues.

“A lot of our time goes into making people aware about this new system. The urban population is so spoiled for choice because of free deliveries that when sellers pass on charges to customers or if there is any problem with a delivery, people call us,” Vartika says.

During the pandemic, the strict lockdowns created many problems for domestic deliveries. Many farmers and home cooks started using WhatsApp among other digital channels to sell their products.

“People are so comfortable selling through WhatsApp. But they think twice when it comes to putting things up on other public social media platforms. That’s why we decided to design our app to look like a chat platform rather than a website,” Vartika says.

Ping recently raised $3.5 million in a seed round led by Elevation Capital. The startup plans to use these funds to grow the team and increase penetration.

Ping is in the right space as conversational commerce gains prominence and is on the rise. Currently, the firm competes with Tiger Global-backed MyGate, which launched MyGate Exclusives, a group purchasing feature for apartment complexes.

Trell, another social media startup that recently added a social commerce layer to its app, has also raised $45 million in its Series B from Mirae Asset Ventures and H&M Group, among others.

Snapdeal In Final Stages Of Integration, To List On ONDC By August

The Benefits of Opening a Virtual Restaurant

8vdX Secures Investment To Back Early And Growth Stage Startups

Jungle Ventures closes a $600M fund, bringing its total assets under management to over $1B – TechCrunch

A showcase of how leading businesses are creating value at scale

How Dell is empowering MSMEs to stay competitive with technology solutions