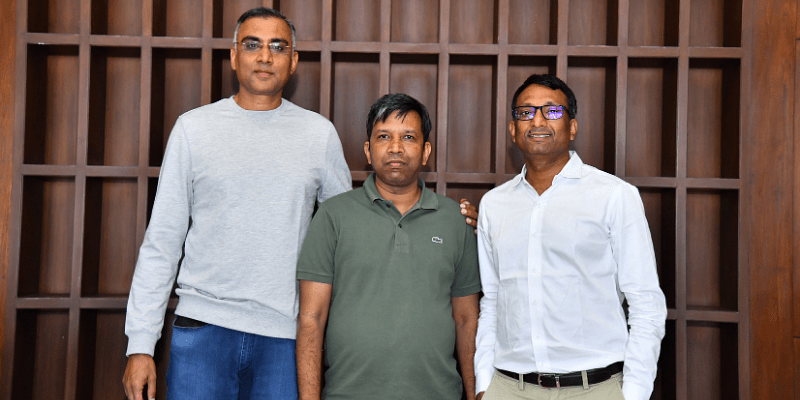 After nine years of reading the market trends and backing entrepreneurs, many of whom approach them with plans just on paper, India Quotient, the homegrown early-stage venture capital (VC) fund continues to remain steadfastly focused on its ideals.

India Quotient recently announced the launch of its fourth fund of $80 million, which is slightly larger than its previous third fund of $60 million, and aims to focus its efforts on funding very early-stage startups.

Anand Lunia, Founding Partner, India Quotient tells YourStory, “A lot of our investments cater to very young people. As an early-stage fund, we are able to take bolder bets.”

Ever since the launch of its operations in 2012, India Quotient has invested in over 70 startups, with some of the leading brands in its portfolio being Sharechat, Lendingkart, and SUGAR Cosmetics to name a few. The firm typically invests in the range of $250,000 to $1.25 million.

“Our job is to spot new trends. We will build a thesis, invest in a couple of companies, learn from them, and double down on these investments,” says Madhukar Sinha, Founding Partner, India Quotient.

This focus on spotting new trends and identifying startups has paid rich dividends for India Quotient. For example, it started investing in social networking startups quite early, from 2015. Though Sharechat is a more well-known name, the VC fund has invested in other platforms like Roposo, Lokal etc.

India Quotient invested in around 15 social media companies, even before they became vogue.

In the fintech space, it has invested early in startups such as Lendkingkart and LoanTap to name a few, and now this segment is attracting both money and talent.

The founding partners realised that small businesses will eventually have to rely on software for their operations. This led to investments in startups such as Vyapar and PagarBook.

This theme or thesis of spotting the opportunity early also extended to the direct to consumer (D2C) space where India Quotient has invested in startups like SUGAR Cosmetics, Coolberg and Giva, where it understood that the internet is only going to become universal as people find it easier to build brands online.

As Anand says, “When we invested in SUGAR Cosmetics, nobody had heard about them. We have to back the founders for a longer period of time.”

He further adds, “We have not done any food aggregator deals but have invested in food brands.”

The COVID-19 pandemic has become the defining moment of not just the decade but the century, with the disease infusing a lot of panic and uncertainity, bringing to focus the question of mere survival. But its repercussions such as the global lockdowns and the ensuing economic fallout has had far-reaching consequences.

The year 2020 has certainly brought certain irreversible changes such as increased digitisation and greater reliance on online marketplaces. There has been a rapid shift towards the digital medium, with segments like ecommerce and edtech are certainly on the upswing, and India Quotient was keen to capitalise on these opportunities.

McKinsey Global Institute in its report – Digital India, stated, “India is establishing itself as a major presence in the digital economy. By any number of key metrics, from internet connections to app downloads, both the volume and the growth of its digital economy now exceed those of most other countries.”

These include the base of around 700 million internet users, over a billion Aadhar identification enrolments, and over two billion financial transactions on unified payments interface (UPI).

Both Anand and Madhukar credit the founders for their resilience in facing up to the challenge. “Founders have not been sitting at home, and even those who have seen very little hope of recovery, have sort of figured a way out,” says Anand.

At the same, others are now waking up to the reality of further incorporating technology into their entire operations.

Madhukar says, “There were a lot of small businesses and family-run operations which were never prepared for this kind of eventuality. Now, they are preparing to cater to customers in a remote manner.”

Anand concurs, “People have been shaken out of their comfort zone and many firms have started to adopt technology.”

It is in this sphere of technology, especially when it comes to software-driven solutions, where many of the startups are expected to thrive.

Though the COVID-19 pandemic still persists, there seems to be an adjustment to the new normal, and this has turned in favour of those companies which can provide services or products despite physical restrictions.

“Around 80 percent of our portfolio companies have benefitted from this shift,” says Madhukar.

According to the partners at India Quotient, the vast majority of its portfolio companies have grown 3x to 4x, and around half of them have gone to raise fresh rounds of investments.

In such a scenario, India Quotient remains quite bullish about its prospects for the current year.

Madhukar says, “2021 looks very promising and the adoption of software has accelerated across businesses – right from kiranas to large enterprises.”

India Quotient believes the drive towards digitisation where businesses increasingly rely on technology or software to run operations will become mainstream. This is more pronounced for the small and medium business segment.

“The small Indian businessman is under a lot of pressure to digitise and this is going to be a big opportunity,” says Anand.

This will be an opportunity for new-age startups which are likely to provide software solutions.

He also believes that the agriculture sector is another driver that is waiting to explode now that the internet has penetrated very deeply into this area. India Quotient has invested in a couple of agriculture-related startups like Lean Agri and Bharat Agri.

Madhukar says, “In the last four to five years, we have had a couple of theses. We have got one or two very big winners which are doing very well.”

The market is big

Given the size of India Quotient as a seed fund VC firm, it is unperturbed by the entry of larger or more established firms like Sequoia Capital, Accel, Matrix Partners India, or Lightspeed Ventures into this segment of investing.

Madhukar says, “The startup ecosystem in India is very big and we have enough deal flow to choose from.”

He further remarks that India Quotient gets around 4,000-5,000 business pitches every year but does only about 10 investments. As he cryptically puts it, “founders eventually choose the investors.”

As a fund, India Quotient is very optimistic about the prospects ahead as the number of new startups coming up with innovative solutions or services is on the rise. Also, the flow of capital into the Indian startup ecosystem has started to increase.

Anand says, “We like to own the sector early. We are very open about young and fresh startups and fund them regardless of their pedigree.”

The founding partners of the VC fund are also aware of the network effect of the business, where the positive word of mouth on how they conduct themselves helps entrepreneurs to approach them.

“The India internet story is just getting started and the market is very large. There are very interesting opportunities with new ideas, and we will continue to invest in them,” says Madhukar.

A family business that grew into a multi-crore solar brand

‘Enough is plenty’ – how this art exhibition conveys messages of creativity, balance, and respect for the environment

AT market needs product and market strategies to fuel its growth