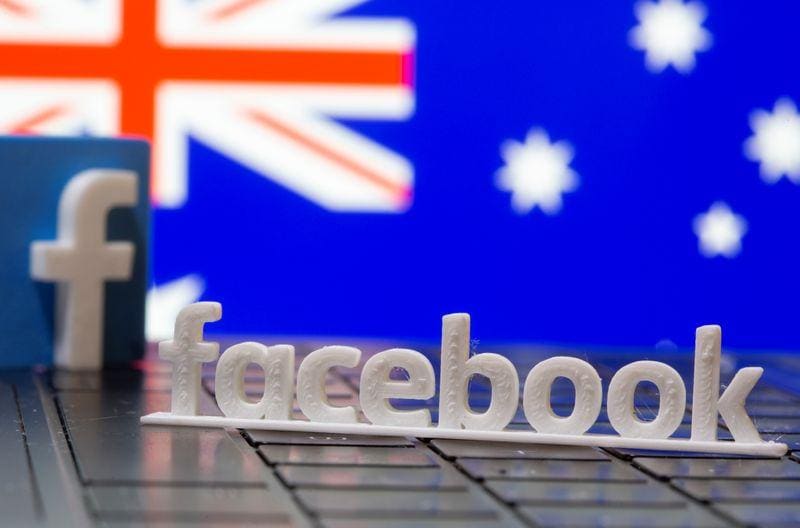 By Guy Faulconbridge and Kate Holton

LONDON (Reuters) – Facebook’s move to block all news content in Australia is an attempt to bully a democracy and will stiffen the resolve of legislators across the world to get tough with the tech giants, a senior British lawmaker said.

The move by Facebook, launched just 17 years ago, shocked Australia and sent shivers through the global news industry which has already seen its business model turned upside down by the titans of the technological revolution.

“This action – this bully boy action – that they’ve undertaken in Australia will, I think, ignite a desire to go further amongst legislators around the world,” Julian Knight, chair of the British Parliament’s Digital, Culture, Media and Sport Committee, told Reuters.

“We represent people and I’m sorry but you can’t run bulldozer over that – and if Facebook thinks it’ll do that it will face the same long-term ire as the likes of big oil and tobacco,” said Knight, a member of the ruling Conservative party.

The dispute centres on a planned Australian law that would require Facebook and Alphabet Inc’s Google to reach commercial deals to pay news outlets whose links drive traffic to their platforms, or agree a price through arbitration.

Facebook said it had blocked a wide swathe of pages in Australia because the draft law did not clearly define news content. It said its commitment to combat misinformation had not changed, and it would restore pages that were taken down by mistake.

Knight’s comments echoed those of the head of the UK’s news media trade group.

News Media Association chairman Henry Faure Walker said Facebook’s ban during a global pandemic was “a classic example of a monopoly power being the school yard bully, trying to protect its dominant position with scant regard for the citizens and customers it supposedly serves.”

Governments across the world have been puzzling for years what to do with the tech giants which have transformed global communication, amplified misinformation and ripped revenue away from more traditional media producers.

Knight, who compared the innovation and disruption of the U.S. tech giants to the invention of the printing press in Europe in the 15th Century, said the tussle between state and tech giant would be one of the defining battles of our times.

“This (Australia) is a real test case,” said Knight, who said he favoured using competition rules to look at the tech giants and to force them to pay for content.

In Britain the government has commissioned reviews into digital competition and the sustainability of news.

Its biggest media publishers have agreed partnership deals with Google and Facebook but industry sources said they are also lobbying the government to do more and will be emboldened by the Australian government.

Publishers lined up to express surprise that Facebook, headed by founder Mark Zuckerberg, had taken such action.

“So much for Facebook’s commitment to free speech,” said a spokesman for MailOnline, one of world’s most popular news websites. “We are astonished by this inflammatory move.”

The Guardian Media Group, a British media company which owns the Guardian newspaper, said it was deeply concerned by Facebook’s move.

“Dominant online platforms are now a key gateway to news and information online. We believe that public interest journalism should be as widely available as possible in order to have a healthy functioning democracy,” a spokesman for the group said.