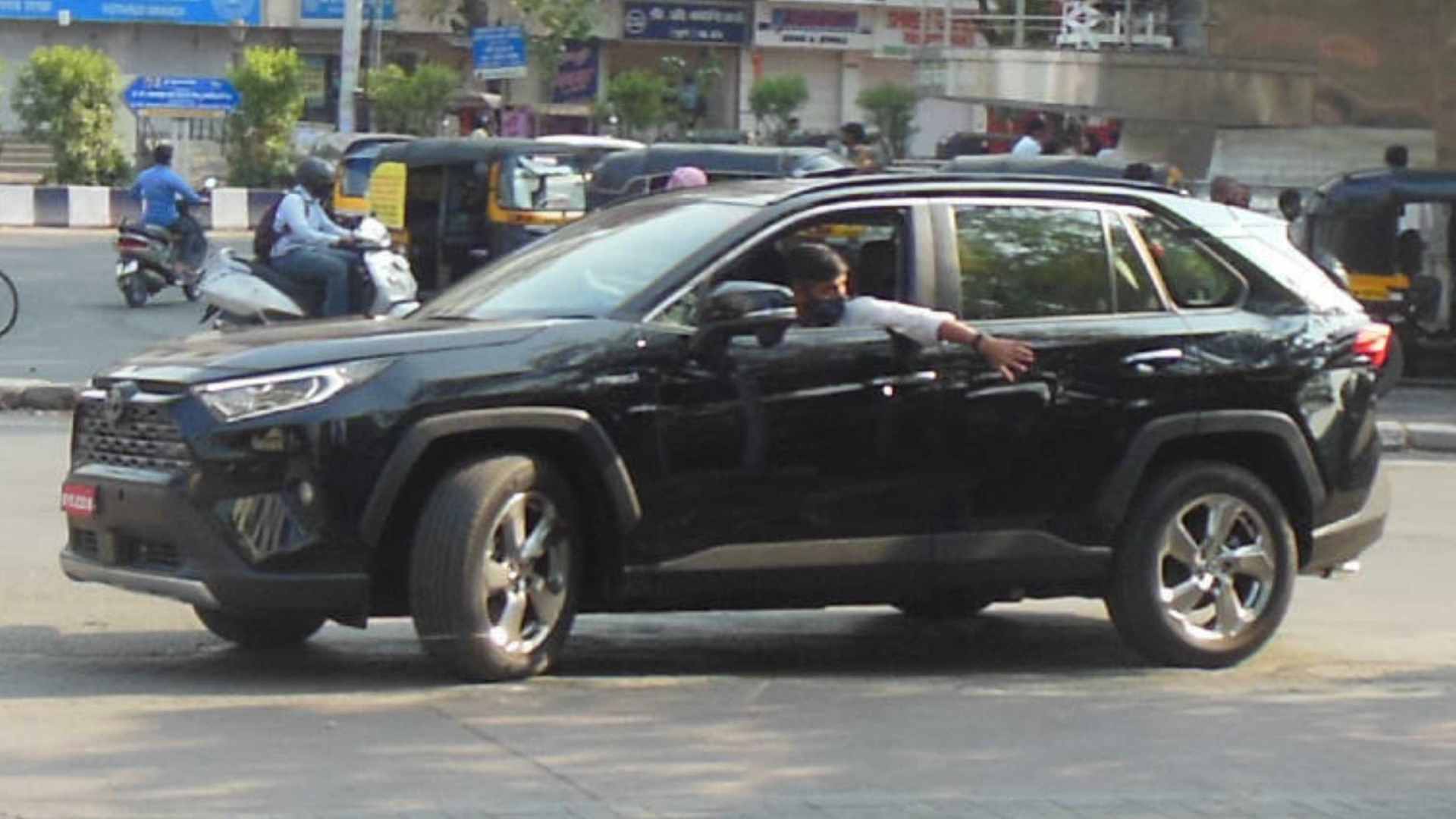 A set of spy images have appeared that show the current-gen Toyota RAV4 undergoing testing in India. This undisguised test mule was spotted in Pune and could be a unit imported into the country for homologation purposes. Toyota India may be considering CKD production or even bringing in fully imported units under the 2,500 non-homologation rule to gauge customer interest before more investment is put into the project.

The fifth-gen RAV4 pairs a 2.5-litre four-cylinder petrol engine to an electric motor on each axle, giving it AWD capabilities. The petrol engine makes 185 hp and 227 Nm. The electric motor on the front axle makes 182 hp and 270 Nm while the one at the back puts out 54 hp and 121 Nm. An 18.1 kWh battery feeds the electric motors, while a CVT helps put this power down on the road. The RAV4 has a claimed pure-electric range of 75 km and a top speed of 180 kph. A 2.0-litre naturally aspirated direct-injection petrol with 127 hp and 203 Nm is also available in 2WD or with a torque-vectoring AWD system. This generation of the Toyota RAV4 made its global debut at the 2018 New York Motor Show and is based on the firm’s TNGA platform. Featuring the sharp lines and edges that are a common sight on newer Toyotas now, the RAV4 comes with features such as LED lighting, auto headlamps, rain-sensing wipers, heated and cooled front seats, ambient lighting, dual-zone air conditioning, powered tailgate, 8.0-inch touchscreen with Android Auto/Apple CarPlay and so on.

The Toyota RAV4 was one of the earliest monocoque soft roaders to come to market when it first debuted in 1994. It now competes with the likes of the Honda CR-V, the Volkswagen Tiguan and Hyundai Tucson. If launched in India, we expect to see it priced around Rs 50-60 lakh, including taxes and duties.