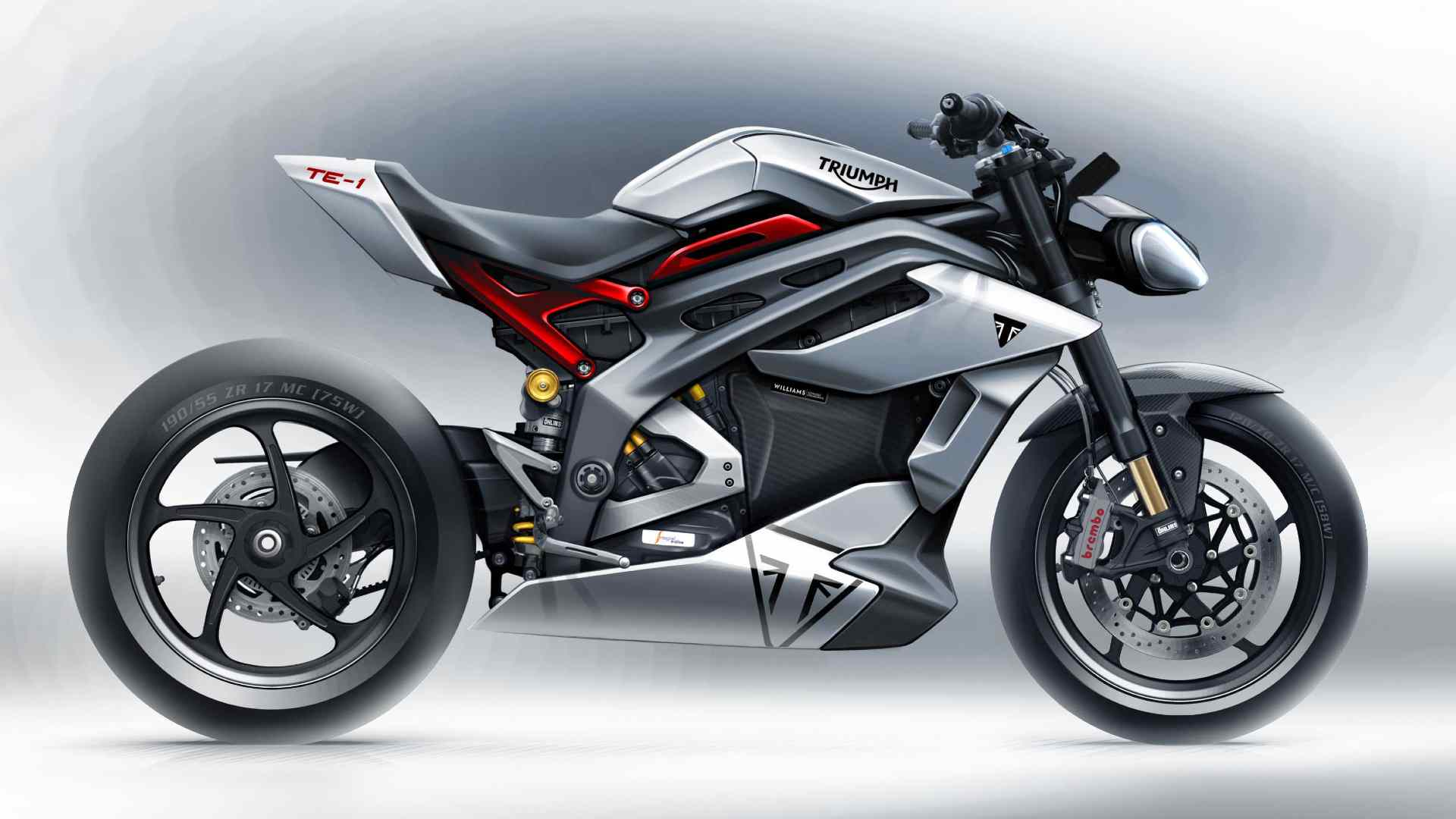 Triumph Motorcycles has given the world a glimpse of its first all-electric superbike, currently known by its working name of Project TE-1, in official design sketches. Announced midway through 2019, the Triumph Project TE-1 is a collaboration between Triumph Motorcycles, Williams Advanced Engineering, Integral Powertrain Ltd.’s e-Drive division and WMG, at the University of Warwick. Spread out over four phases, the project is now at the conclusion of Phase 2, following which Triumph has released design sketches of the new electric superbike, and revealed the battery and powertrain prototype.

Steve Sargent, Chief Product Officer at Triumph Motorcycles, said the idea with the Project TE-1 was to design something “with distinctive Triumph DNA and not something that is different just for the sake of being different”. To this end, the company has styled the Project TE-1 to largely resemble its Speed Triple and Street Triple range of motorcycles. The beaky, split LED headlights are a clear nod to the Speed/Street line, there’s a single-sided swingarm (like on the new Speed Triple 1200 RS), and even the tyre sizes – 120/70 R17 up front, 190/55 R17 at the rear – are the same as on the Speed Triple 1200 RS. The first rideable prototype of the Triumph Project TE-1 electric superbike is due by the end of 2021. Image: Triumph Motorcycles

The sketches also reveal the Triumph Project TE-1 will feature Brembo brakes (twin discs up front, single disc at the back) and fully adjustable Ohlins suspension.

Williams Advanced Engineering is in charge of developing the battery pack for the Triumph Project TE-1. While the firm hasn’t revealed hard numbers, it says it has integrated a new vehicle control into the battery pack to help minimise weight, along with creating a new battery management software. Williams claims its battery for the TE-1 offers performance that “exceeds anything else on the market in terms of power and energy density”, and also packs in class-leading range, but the figure is as yet unspecified.

“The energy density of this new battery will be a significant step forward from existing technology giving the rider more power, for longer. We have also designed and developed an electronic control unit from the ground-up combining the battery management system with the bike control functions in one package. This is a first for this market, benefiting packaging and integration whilst optimising performance and range”, said Dyrr Ardash, Senior Commercial Manager, Williams Advanced Engineering.

Integral Powertrain’s e-Drive division has been tasked with the responsibility of developing the motor and inverter for the Triumph Project TE-1. The firm says it set about integrating the motor and inverter (usually separate on an electric motorcycle) into a single, compact unit, eliminating the need for additional boxes, mounting features, coolant pipework and heavy high voltage connections. 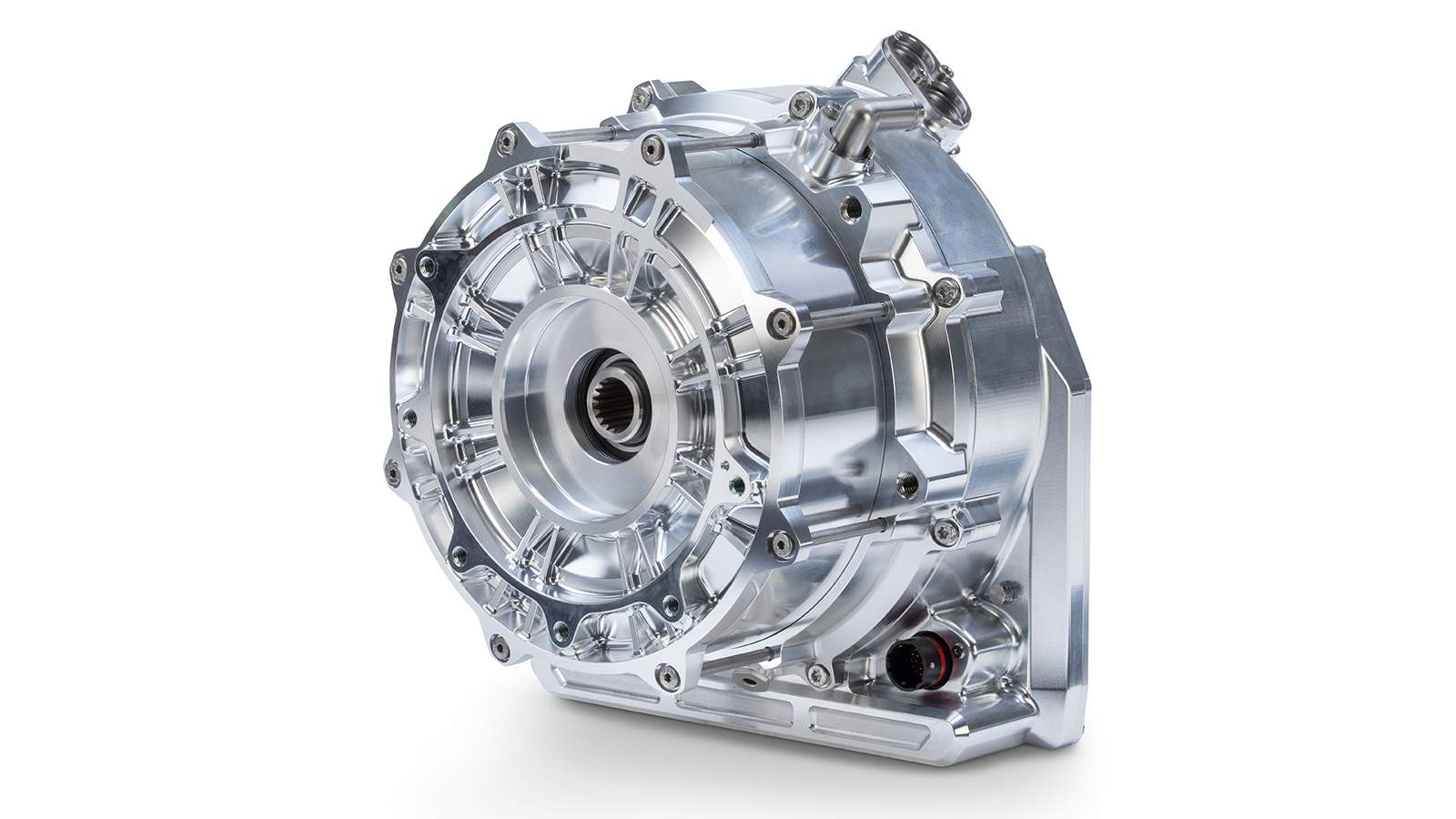 At the conclusion of Phase 2, Integral Powertrain has created and bench-tested the new, power-dense motor, which weighs a mere 10 kilos but is said to generate close to 180 hp – as much power as the Speed Triple 1200 RS. No torque figure has been mentioned, but it’s safe to assume that the instantaneous torque delivery from the electric motor should give the Project TE-1 a serious shove off the line.
Integral Powertrain also mentions it has incorporated ‘advanced silicon carbide switch’ technology in the inverter, which is said to reduce losses and deliver enhanced drivetrain efficiency, better power delivery and more range.

“The silicon carbide switch technology in our new scalable integrated inverter will help set new standards in terms of electric motorcycle efficiency; application of this technology means a lighter weight overall with significantly more performance and range. In parallel, we have a very strong focus on design for manufacture and assembly activity, so that all this high motor and inverter performance can be offered cost-effectively. Ultimately, this is really going to be an industry-leading powertrain that will help define the future of electric mobility”, said Andrew Cross, Chief Technical Officer at Integral Powertrain.

The first rideable prototype of the Triumph Project TE-1 electric superbike will be ready by the end of 2021, and if all goes to plan, the production model base on the TE-1 is likely to make its global debut in 2022.

Does lying come naturally to humans?