The UAE’s “Hope” probe sent back its first image of Mars, the national space agency said Sunday, days after the spacecraft successfully entered the Red Planet’s orbit. The picture “captured the largest volcano in the solar system, Olympus Mons, emerging into the early morning sunlight,” it said in a statement. The image was taken from an altitude of 24,700 kilometres (15,300 miles) above the Martian surface on Wednesday, a day after the probe entered Mars’ orbit, it said in a statement. Sheikh Mohammed bin Rashid Al-Maktoum, UAE prime minister and Dubai’s ruler, shared the coloured image on Twitter.

“The first picture of Mars captured by the first-ever Arab probe in history,” he wrote. 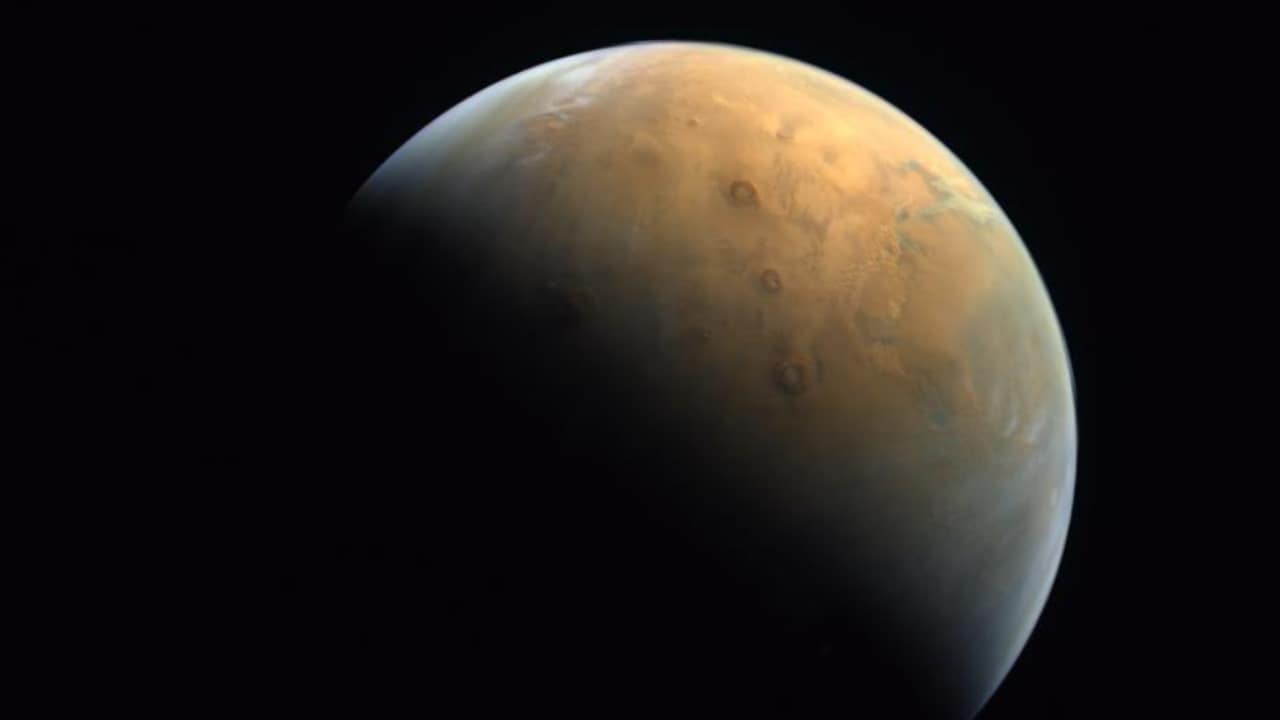 The mission is designed to reveal the secrets of Martian weather, but the UAE also wants it to serve as an inspiration for the region’s youth.

Hope became the first of three spacecraft to arrive at the Red Planet this month after China and the US also launched missions in July, taking advantage of a period when the Earth and Mars are nearest.

The first picture of Mars captured by the first-ever Arab probe in history, 25,000 km above the Red Planet’s surface pic.twitter.com/Qgh2Cn3JPF

The UAE’s venture is also timed to mark the 50th anniversary of the unification of the nation’s seven emirates.

“Hope” will orbit the Red Planet for at least one Martian year, or 687 days, using three scientific instruments to monitor the Martian atmosphere.

It is expected to begin transmitting more information back to Earth in September 2021, with the data available for scientists around the world to study.

Planning to buy the iPad this year? Check out the rumours surrounding all the upcoming iPads- Technology News, FP