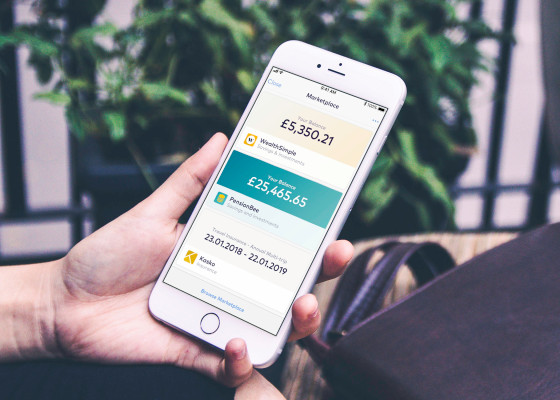 Challenger banks continue to see huge infusions of cash from investors bullish on the opportunity for smaller and faster-moving tech-based banking startups to woo customers from their larger rivals. In the latest development, U.K.-based Starling announced that is has closed £272 million ($376 million at current rates), at a pre-money valuation of £1.1 billion.

Starling — which competes against incumbent banks, as well as other challengers like Monzo and Revolut — said it will be using the money to continue its growth. The bank is already profitable. In updated financials posted today, Starling said it generated revenue of £12 million ($16.6 million) in January of this year, up 400% compared to a year ago, with an annualized revenue run rate of £145 million. It posted operating profits for a fourth consecutive month, and net income currently exceeds £1.5 million per month.

Starling, founded in 2017, has now passed 2 million accounts, with 300,000 business accounts among them. It’s not clear how many of those accounts are active: the figures are for opened accounts, Starling said. Gross lending has passed £2 billion, with deposits at £5.4 billion.

Starling said it plans to use the funding to expand its lending operations in the U.K., expand into other parts of Europe and make some strategic acquisitions.

“Digital banking has reached a tipping point,” said Anne Boden, founder and CEO of Starling Bank, in a statement. “Customers now expect a fairer, smarter and more human alternative to the banks of the past and that is what we are giving them at Starling as we continue to grow and add new products and services. Our new investors will bring a wealth of experience as we enter the next stage of growth, while the continued support of our existing backers represents a huge vote of confidence.”

This latest round is being led by Fidelity Management & Research Company, with Qatar Investment Authority (QIA); RPMI Railpen (Railpen), the investment manager for the £31 billion Railways Pension Scheme; and global investment firm Millennium Management also participating, and it comes on the heels of us reporting in November that it was raising at least £200 million.

The funding arrives at a critical time in consumer banking. The trend in the U.K. — the market where Starling is active — for the last several years has been a gradual shift to online and mobile banking. To decelerate the spread of COVID-19, those trends rapidly picked up pace in the last year of lock-downs and enforced social distancing.

Challenger (neo) banks have been some of the biggest winners of evolving consumer habits. Using rails provided as white-label services by way of APIs from banking infrastructure providers (another startup category in itself with companies like Rapyd, Plaid, Mambu, CurrencyCloud and others all involved) they will offer the same basic services such as checking and deposit, but they will typically do so with considerably  more flexibility, and additional savings and financial tips, and other services provided to customers (such as monthly financial calculators) — all carried out over digital platforms.

Big, incumbent banks have scrambled to keep up with innovation, but newer generations of users are less beholden to their brands and incumbency, not least a result of the banking crisis last decade that revealed many of them to be considerably less competent and solid than many might have assumed.

That bigger market picture has also meant a surge of many neobanks, and so Starling competes with more than just the incumbents. Others include Monese, Revolut, Tide, Atom and Monzo — the latter a particularly acute competitor, founded by the ex-CTO of Starling.

Early Stage is the premier “how-to” event for startup entrepreneurs and investors. You’ll hear firsthand how some of the most successful founders and VCs build their businesses, raise money and manage their portfolios. We’ll cover every aspect of company building: Fundraising, recruiting, sales, product-market fit, PR, marketing and brand building. Each session also has audience participation built-in — there’s ample time included for audience questions and discussion.

Muck Rack, the journalist database, raises $180M in its first outside funding • TechCrunch

Dutch startup TrueKinetix is ready to put the pedal to the metal; receives backing from Olympic champion Anna van Breggen