Hundreds of rocket engines manufactured by startup Ursa Major will be going to space company Phantom Space over the next few years, part of a massive order that reflects Phantom’s bullish stance on the small launch market.

“We placed the order based on how far out we could see the demand, and we see the demand as pretty strong and growing,” Phantom co-founder Jim Cantrell told TC in a recent interview. “We’re putting our money on the small mass manufacture of mass-produced launchers as being both the more cost effective and ultimately, the more efficient way to get small satellites into orbit.”

Phantom has put in an order for more than 200 engines from Colorado-based Ursa, the startup’s largest single order to date. Ursa has developed two engines: the Hadley, which has 5,000 pounds of thrust, and the larger Ripley, which can generate 50,000 pounds of thrust. Phantom has purchased both types of engines for its two rocket types under development, dubbed Daytona and Laguna. If all goes to plan, Phantom anticipates the first batch of these engines taking flight as early as next year, with the inaugural test flight of the small-lift, two-stage Daytona. 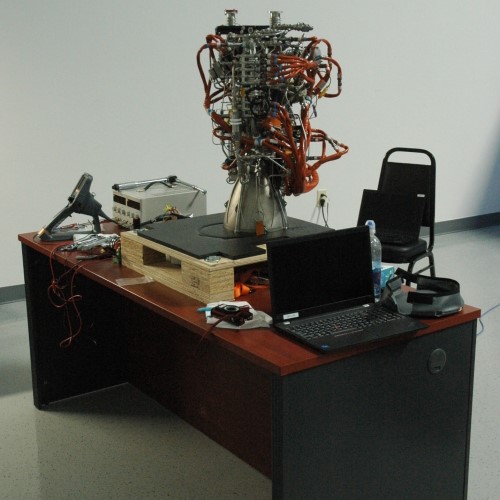 Cantrell co-founded and was chief executive of Vector, a small launch company that went bankrupt in 2019. Cantrell parted ways with the company shortly before it filed for Chapter 11 bankruptcy; that same year, he founded Phantom with Michael D’Angelo and Michal Prywata.

The three founders “were looking around at who might be able to supply engines or whether we’d build them ourselves,” Cantrell explained. “We quickly came to the conclusion that doing it ourselves may be attractive from an intellectual property point of view, but that’s five years and $50 million, is what I assessed it to be, that I would have to raise in time, and the time that we’d have to take.”

Both Phantom and Ursa represent a different approach to the launch market, one that relies more on stable supply chains, mass manufacturing and a horizontal ecosystem rather than the vertical integration typically found in the aerospace industry. Joe Laurienti, who founded Ursa in 2015, previously worked on propulsion at both SpaceX and Blue Origin — two strong “New Space” examples of the kind of vertical integration Ursa and Phantom eschew.

Ursa is on track to deliver 30 engines this year. Laurienti said the focus of the company this year and next is ensuring reliability and performance as it scales manufacturing to meet these large customer orders.

“We want to make sure we’re not just sending engines down to the Phantom team in Arizona and dusting off our hands and heading back to Colorado,” he added. “A lot of what we have to focus on is the integration and data review side of things so that this is really a sustaining partnership, not just a vendor-client relationship.”

Phantom has already received its first batch of Hadleys. It’s these engines that will be integrated with Daytona for a hot-fire test in New Mexico over the summer. Daytona is designed to lift 450 kilograms to low Earth orbit; its larger reusable sister, Laguna, will be able to lift 1,200 kilos of mass to LEO. The first version of the Daytona will use nine Hadley engines, though Phantom is already planning upgrades to power a future variant with only a single Ripley. Laguna will be powered by a combination of Hadley and Ripleys, the company said.