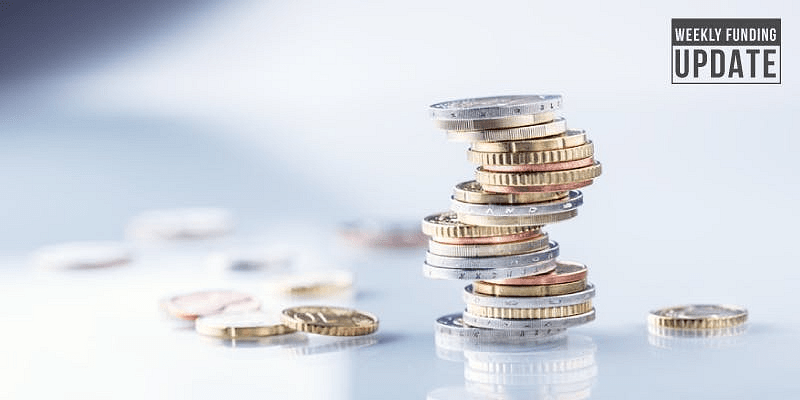 The first week of June has begun on a healthy note for the Indian startup ecosystem as venture funding continues to rise with unicorns leading the way.

The total venture funding during the week stood at $638 million, which was a 58 percent rise as compared to the previous week. The dominant share of this funding was accounted for by two unicorns – ﻿Delhivery﻿ and Urban Company ﻿Urban Company﻿ which continue to attract the attention of the investors.

There were 25 startups that received funding during the week, but as has been the trend for quite some time now, 23 such deals accounted for early-stage transactions. Debt funding made an entry this week with a single deal.

The week saw two startups – Dockabl and Gympik being acquired by a consultancy firm and a global company. This reveals the healthy appetite for mergers and acquisitions in the Indian startup ecosystem.

Highlights of the week

Healthtech startup Breathe Well-being raised $1 million in pre-Series A round led by 3one4 Capital and angel investors.

Edtech startup Bambinos.live raised $500,000 in a seed round from HNIs and angel investors.

Convin, a tech startup, raised Rs 2.5 crore in a pre-seed round led by Titan capital and 9Unicorns.

Disruptium, a consultancy platform for startups, has raised pre-seed funding of $200,000 from Chokhani Ventures and an angel investor.

ThatMate, a sexual and mental wellness app, raised $140,000 in angel funding from Rebalance Angel Community and a clutch of angels.

The US and India-based logistics startup Locus raised $50 million in Series C funding round led by GIC with participation from Qualcomm Ventures LLC and existing investors Tiger Global and Falcon Edge.

LambdaTest, the US-headquartered tech startup with a development centre in India, raised $16 million in Series B round led by Sequoia Capital India, with participation from Telstra Ventures, Wamda Capital, and others.

A year after acquiring Automate, Notion sharpens focus on India