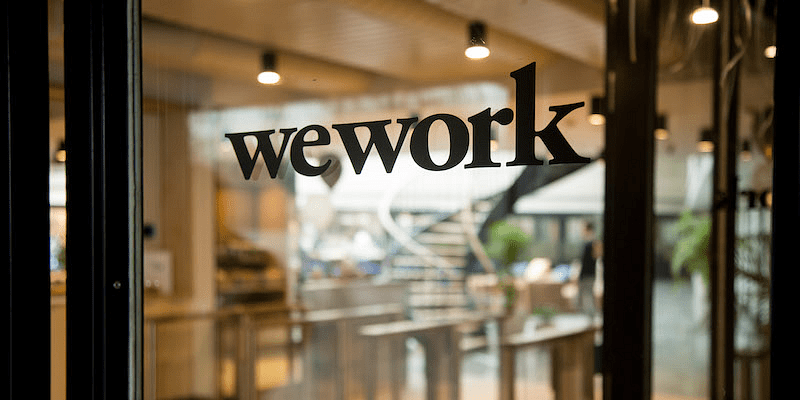 WeWork has decided to go public via a SPAC merger with BowX Acquisition Corp., the company said in a statement on Friday. (A special purpose acquisition company or SPAC is a shell company that uses proceeds from an IPO to buy a private firm.)

Both companies expect the deal, which will value WeWork at $9 billion, to close by the third quarter of this year. The co-working startup — which was valued at $47 billion in 2019 — had earlier tried to go public via the traditional way.

“The transaction implies a pro forma initial enterprise value of approximately $9 billion for WeWork; resulting cash on hand will enable WeWork to fund its growth plans,” the company stated.

WeWork’s business prospects were dented in 2020, owing to the pandemic that heralded a new normal of social distancing and work from home.

As a result, a company whose business model depends on stuffing large volumes of workers into co-working spaces naturally suffered. Add to that, its founder (and ex-CEO) Adam Neuman’s management style also raised concerns, resulting in its valuation dropping to $8 billion in the last two years.

Cut to 2021, and the SPAC deal — an IPO route becoming increasingly popular with startups — has been approved by the boards of both WeWork and BowX.

“WeWork has spent the past year transforming the business and refocusing its core, while simultaneously managing and innovating through a historic downturn. As a result, it has emerged as the global leader in flexible space with a value proposition that is stronger than ever. Having Vivek and the BowX team will be invaluable to WeWork as we continue to define the future of work.”

Post the deal, WeWork’s Executive Chairman Marcelo Claure and CEO Sandeep Mathrani will continue to lead the company. Meanwhile, Vivek Ranadivé of BowX and Insight Partners’ Deven Parekh will join the WeWork board.

Vivek Ranadivé, Chairman and Co-CEO of BowX Acquisition Corp., added, “I’m thrilled to partner with Sandeep, Marcelo, and the entire WeWork team as they continue to transform this business and the real estate industry at large. This company is primed to achieve profitability in the short-term, but the added long-term opportunity for growth and innovation is what made WeWork a perfect fit for BowX.”