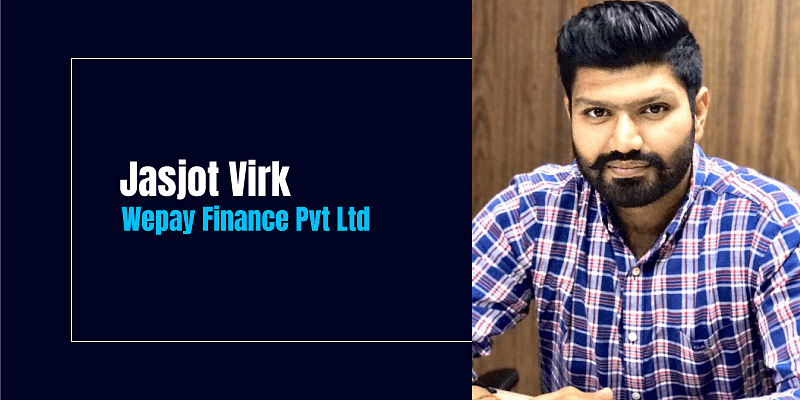 Jasjot Virk, who grew up in Punjab, says the warmth that the state exudes is hard to find anywhere else. When he was younger, he dreamt of becoming a sniper in the Indian Army, but life had other plans for him. He studied in the state till grade 10 and then moved abroad for further studies, before venturing into entrepreneurship. “My greatest achievement is graduating from King’s College London,” he says.

Growing up, there came a time when his family needed to take out a loan urgently, however, their request was denied by the bank. To ensure that others do not face similar problems, he decided to start Wepay Finance Pvt Ltd in 2019 and offer loans to those who don’t have access to fair lending. What motivates him to get out of bed every morning is his work and that he gets to do something new every day. “I love helping people secure funds for their businesses and dreams. Seeing people grow, that’s what gives me satisfaction,” he says. While he loves his work, he also looks forward to Fridays as it kicks off the weekend.

Jasjot’s favourite Punjabi dish is butter chicken. And if he were to have it for dinner along with some good conversation and four famous guests, he would invite Elon Musk, Warren Buffet, Deepika Padukone and Manmohan Singh. He chooses to have coffee over tea and his favourite time of the day is the afternoon. If he could teach any subject in school, it would be psychology.

His role model is Harjeet Arora, the founder of Master Trust Group, who works in the same industry as Jasjot. “The best advice I’ve gotten from him is to never deal in a product that isn’t scalable or easily underwritable.”

If his house was on fire and he could grab only three things? “I would take my dog, my book collection and television set,” he responds without any hesitation. When asked which movie describes his life right now, he jokingly says ‘Shaadi Karke Phas Gaya Yaar’.

According to him, success is when you’re content and able to sleep peacefully at night. Jasjot hopes to visit Moscow one day as he feels the country has beautiful people and even beautiful weather. He is currently reading A Promised Land by Barack Obama and occasionally listens to music from artists like Sidhu Moose Wala.

Jasjot Virk is a member of Xcelerator Ludhiana Class of 2021. Learn more here.

When Encryption Is Killed, Will WhatsApp Have The Last Laugh In India?

Nabla is building a healthcare super app for women – TechCrunch