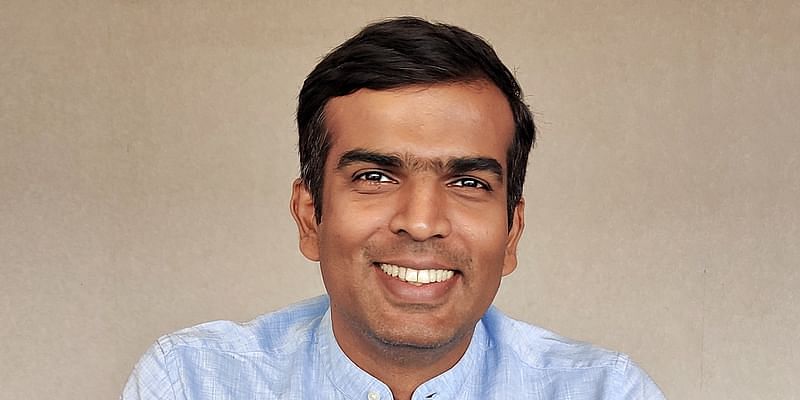 “I have always played a team sport, and I have always been on the ground playing. I have never been the 12th man or umpire. So after Taxiforsure, and five years hence, I needed to get back on the field,” says Raghunandan G, founder of global neobank Zolve.

And what a comeback it is, as within just two months of starting up, Zolve recently raised $15 million in a seed round led by Accel Partners and Lightspeed Ventures. The round marked the first investment by Founder Collective, an investor in Airtable and Uber, in an Indian startup.

In an increasingly digital world, neobanking has created waves in the fintech sector. A neobank does not have any physical branches, and works in an entirely digital manner.

“Our vision with Zolve is to make banking and financial systems border and boundary less. It is a platform for Indians or any other citizen who is moving to a different part of the world that helps them avail credit at market rates and not a premium. The consumer today is working without boundaries, can access work, commerce from different parts of the world, and the financial systems are still restricted,” says Raghu.

While Raghu may be starting up again after six years, he has nevertheless been busy in the Indian startup ecosystem. After Taxiforsure was acquired by Ola in 2015 for $200 million, Raghunandan had turned investor in multiple startups. Some of them are – Bounce, Ninjacart, and Vedantu.

“It helped me understand different business models, sectors like SaaS, hyperlocal, AI and ML, which I never thought I would be a part of. It gave me a unique vantage point of seeing both sides. I also could help solve a lot of communication gaps that normally exist between the two sides. This also helped me view businesses and operations differently.”

The boundaries of financial systems

It was during his time as an investor and mentor, when Raghunandan met people across different parts of the world, that he got the idea for Zolve. He explains that on his trips out of India, he noticed friends and colleagues who were also travelling using their debit cards for payments, as many did not use credit cards.

“This despite them being senior executives, and having a great pedigree. They had credit in India, but when they travelled abroad, there was a problem. Their credit rating abroad simply didn’t make them worthy of owning any credit services at market rate, and they would end up paying a premium,” explains Raghunandan.

While initially he assumed the problem was only in the US, speaking to Indian friends in different parts of the world made Raghu realise it to be a global problem, and one that wasn’t just restricted to Indian immigrants.

“Financial systems across borders just do not interact. Local banks and financial institutes rely on the local credit scores. If I am moving from Bengaluru to Mumbai, my creditworthiness remains the same, it doesn’t change. So why isn’t creditworthiness universal then? If I have a certain credit behaviour in Mumbai and Bengaluru, that isn’t going to change in New York,” explains Raghunandan.

“We have partnered with leading banks in the US, and soon different parts of the world, where we can provide access to financial products without any hassles or paying a premium or high security deposit,” he adds.

Through Zolve, an individual can open a banking account while they are in India, and continue to operate and access the same account even while traveling abroad.

In order to ensure that financial transactions across borders are seamless and different, Zolve also offers a range of compelling features that can be used by any consumer in any part of the world. This includes buying stocks or investing in the stock markets in NASDAQ or other exchanges.

“If you are in India, and have $10,000 and you want to invest in let’s say Apple, as you believe the iPhone 12 is going to bring in a higher valuation, you can choose to invest in Apple, or the manufacturing firms that make parts of the iPhone 12. This gives you options of higher returns. We currently don’t have the option of investing across different global stock markets. And we felt this was a much-needed feature,” says Raghunandan.

Zolve also gives you the opportunity to buy bitcoin and other cryptocurrency from exchanges across US or Europe. In a short span, the startup already has over 5000 customers and follows a revenue sharing model with the banking partners.

The neobanking phenomenon is fast picking. Global startups like Nubank based out of Brazil, and Berlin-based N26 are valued at $10 billion and $14.5 billion respectively. There’s also US-based Chime,valued at $14.5 billion. Closer home, there are startups like Finnin, Fampay, and Bhavin Turakhia’s fintech startup, Zeta. The new fintech unicorn Razorpay too has a neobank vertical.

For Raghunandan, it was easier to start with a high scale as he already had established credibility. “When you have already started up and built a company from ground up, it just builds in faith. People know that we have been there and done that. Besides, we need deep pockets. The funding we have will help us build the partnerships we need, and build the connections, which cannot be built with a regular seed fund raise of $2 million or $3 million. We are looking at a global scale with Zolve,” says Raghunandan.

The team believes this market to be worth $85 billion. What also made it easier for the team to raise funding, was the operational experience. Most investors were already acquainted with Raghunandan during his Taxiforsure journey.

Raghunandan explains once he discussed the idea with the investors, they all understood the problem that the target audiences would face as they had faced it at some point themselves.

Anand Daniel, partner at Accel said in a press statement -“The global citizen community is largely underserved in terms of access to financial services, and we believe that there is a huge market opportunity for Zolve. Raghu has a proven track record as a Founder, and we are delighted to partner with him again on his latest venture. The team’s passion and commitment are commendable, and we are positive that Zolve will create tremendous value for this community.”

No tax on income up to Rs 7 lakh, standard deduction allowed under new tax regime