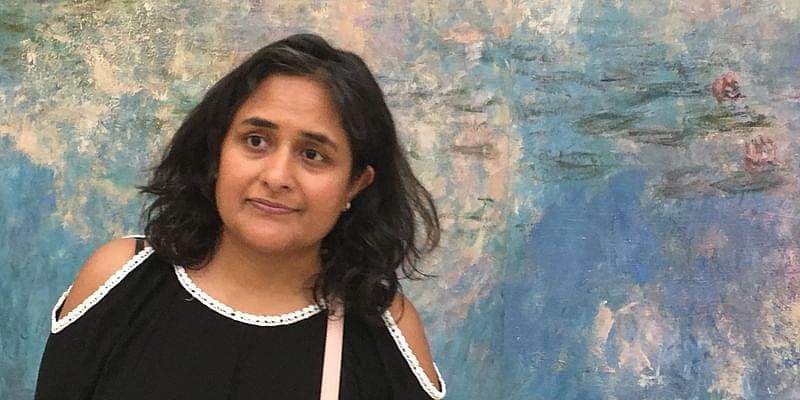 After their bootstrapped mobile commerce startup Skava got acquired by software giant Infosys for $120 million in 2015, Sudha K Varadarajan and Arish Ali were looking to bring audio to existing social media platforms.

With this aim, they started Swell, an asynchronous audio platform based out of San Francisco. Unlike Clubhouse, Twitter Spaces, and other similar platforms, the users at Swell can post a standalone audio clip with links and images, which other users can engage with by browsing, listening to, and leaving their own audio responses.

The San Francisco-based startup has now announced its launch in India and will be catering to a young adult population. Sudha explains that there are already several Swell casts by the youth from different parts of the country.

“One of the things that caught our eye is the polarisation that was happening on social media. And we came upon the hypothesis that the problem was the medium being used. If you look at how humans have evolved, we realise that voice has been the primary way humans have connected, and it is something we use to connect socially and emotionally.”

If one has to truly solve this problem, it has to be through voice. Another thing the husband-wife duo realised is that everything has to be convenient. In the digital age, users need to have control over entering a conversation, participating in it, and when they exit.

“It cannot be like a Zoom call where people are going through scheduled meetings day-in-and day-out. So, we needed to make sure that even if we are communicating with voice, we have to do so at our own pace and on our own time. That is where Swell, an asynchronous audio platform, came into being,” says Sudha.

Recently, there has been a sudden rise of new-age social media audio platforms such as Clubhouse, Discord, Twitter Spaces, and Reddit Talks.

In fact, Clubhouse is gearing up towards an aggressive growth charter. It has roped in former Facebook executive Aarthi Ramamurthy as Head (International). The startup is also valued at a whopping $4 billion.

Sudha says, “There are not many audio platforms today. But all of them are in the live audio segment.” In that sense, Swell doesn’t directly compete with any of the platforms but complements them, she says.

She explains Swell is a space where people can capture moments. For example, a podcaster or a live stream host can engage with their audience or friends through audio even when they are not streaming.

“This is where we believe Swell comes into the picture. It is a place where you capture your life in audio. It is a place to keep talking and build your audio blog or portfolio. If you are walking down the street and see something that evokes a strong emotion, while you can take a picture and post it, the real emotion can only be communicated through voice. So I can take that pic and add my voice to memory or the emotion it brings,” says Sudha.

The audience and future

While currently in the pre-revenue stage, Swell already has monetisation plans for the future. But it will not be advertising, as the duo believe it sets wrong incentives and does not really focus on the connection.

“We are looking at monetisation in two parts. One way is through premium subscriptions – if you have someone you really like listening to, you should be able to pay a price for their content. We are also looking at having a few premium features in the future, which will be chargeable,” says Sudha.

The team is looking to flesh the pricing plan and features after a year or so.

Sudha explains that in the short term, the team is focused on building brand awareness and growth in the Indian market, and getting young voices onto Swell. She adds,

“In the medium and long-term, our focus is to bring on good creators in the Indian market in multiple languages. Swell is already multilingual; we already have people talking in Urdu, Tamil, Hindi, and Telugu. We want to make sure that in a year from now, if there is a point of view that you would like to hear from a young adult, then you should know that Swell is the place to go to.”

A Refresher on User Intent, the Real Backbone of SEO –