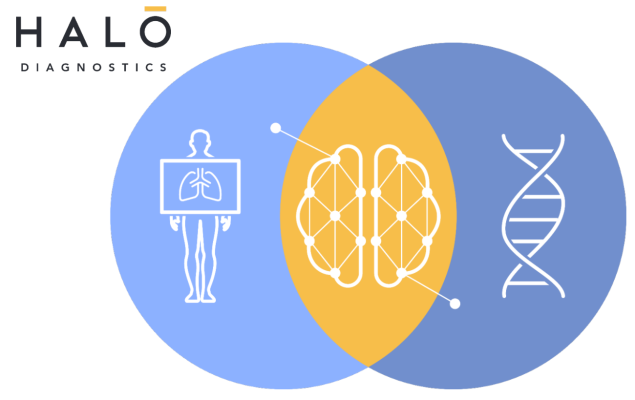 Healthcare is one of the most complex industries out there, creating frustration on the consumer side but also the opportunity for huge improvements from, in a way, rather simple methods. Halo Diagnostics (Dx for short) has raised a $19M series A to improve diagnosis of several serious illnesses by crossing the streams from multiple tests and making the improved process easily available to providers. They’ve also taken the unusual step of taking out an eight-figure line of credit to buy outright the medical facilities they’ll need to do it.

As anyone who’s had to deal with major health concerns can attest, the care you get differs widely from one provider to another depending on many factors, not least of which are what your insurance covers and what methods are already in use by the provider.

For men going in to get a prostate cancer screening, for instance, the bloodwork and rectal exam have been the same for many years, and really aren’t that great at predicting problems, leading to uncertainty and unnecessary procedures like biopsies.

Of course, if you’re lucky, your provider might offer multiparametric MRIs, which are much better at finding problems —and if you combine that MRI with a urine test that checks for genetic markers, the detection accuracy rises to practically foolproof levels.

But these tests are more expensive, take special facilities and personnel, and may otherwise not fit into the provider’s existing infrastructure.

“Basically doctors and imaging centers aren’t offering latest level of care. If you’re lucky you might get it, but in community medicine you’re not going to,” said Brian Axe, co-founder and chief product officer at Halo Dx. “As perverse as it sounds, what the healthcare industry needs is financial alignment, not just outcomes. The challenge is the integrated diagnostic solution — how do you get these orders, go to market and talk with primary care providers?”

An added obstacle is that multi-modal testing isn’t really the kind of thing medical imaging or testing providers just decide to get into. An imaging center isn’t going to hear that a urine test improves reliability and think “well let’s buy the building next door and start doing that too!” It’s costly and complex to build out testing facilities, and getting the expertise to run them and combine the results is another hurdle.

So Halo Dx is parachuting in with tens of millions of dollars and purchasing the imaging and testing centers themselves (four so far), aiming to combine their dataflows and provide an improved diagnosis service to more people and providers.

Assuming that much liability as a brand new company may seem like folly, but it turns out these imaging centers are strong businesses already — not derelict, half-paid-off MRI machines being operated at a loss.

“The imaging orders are coming in already; the centers are profitable. They’re coming on board because they see how technology is coming to disrupt them, and they want to help,” said Axe.

Prostate and breast cancers are the first target, but more and better data produce similar improvements for more conditions, potentially (these are still being proven out) Multiple Sclerosis, Parkinson’s, and other neurodegenerative diseases.

With one company running multiple intake, imaging, and testing facilities and integrating the results, it’s much more likely that providers will sign up. And Halo Dx is trying to bring some of the enterprise-grade software expertise to bear on the historically neglected field of medical data storage and communication.

Axe deferred to the company’s chief medical officer, Dr John Feller, on the perils of that aspect of the field.

“Dr Feller describes this so well: ‘I have this state of the art MRI machine that can see inside your body, but because of the fragmented solutions that are out there, from intake to the storage centers, I feel like I’m living with pre-dot-com era tech and it’s crippling,’ ” Axe recalled. “If you want to look at records or recommend additional tests, software vendors don’t talk to each other or integrate. You have three providers that need to talk to each other and there’s a dozen systems between them.”

Axe compared the company’s approach here to One Medical’s — increasing efficiency and using that to make the relationship with the consumer lighter and easier, leading to more interactions.

In some ways it seems like a risky move, taking on nearly a hundred million in obligations and jumping into a hugely complex and highly regulated space. But the team is accomplished, the backers are notable, the potential for growth is there, and the success of the likes of One Medical have likely emboldened all involved.

Zola Global Investors led the round, and a who’s-who in medical and tech participated: Anne Wojcicki, Fred Moll, Stephen Pomeranz, Bob Reed, Robert Ciardi, Jim Pallotta, and believe it or not Ronnie Lott of 49ers fame.

These and others involved make for a strong statement of confidence in both the model and the specific approach Halo Dx is taking to expanding and advancing care.

What To Consider When Choosing Lighting for Your New Office