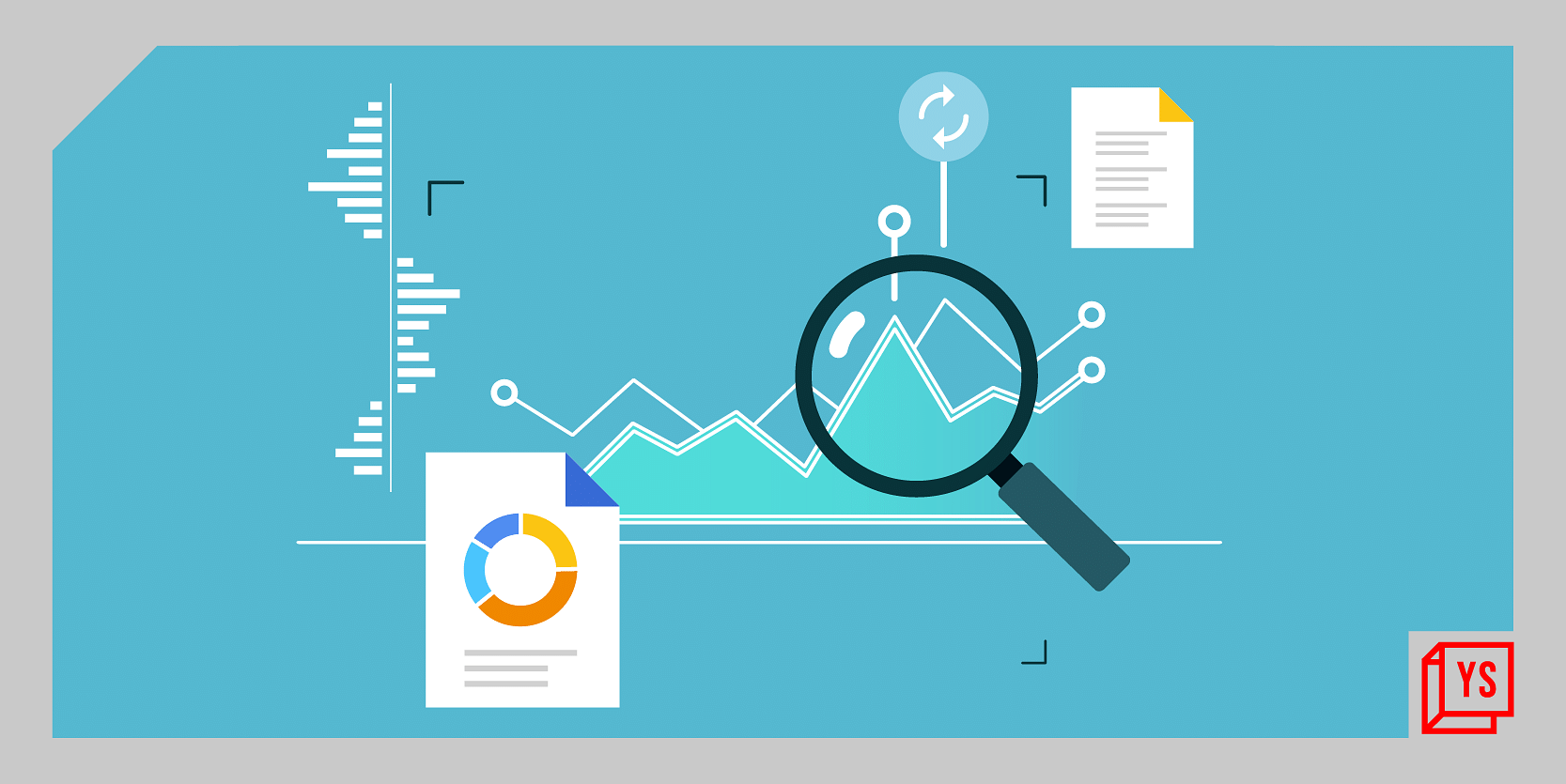 “Only when the tide goes out do you discover who’s been swimming naked.”

The famous saying by Warren Buffett, one of the world’s most prolific investors, is quite applicable to what is happening in the Indian startup ecosystem right now.

The massive layoffs and dwindling funding on the back of a global market meltdown and consequent liquidity crunch have broadcasted the onset of the Indian ‘startup winter’.

Private equity and venture capital investments in April 2022 declined by 27 percent year-on-year to $5.5 billion due to a slowdown in large startup investments, revealed an IVCA-EY report.

This comes after two years of skyrocketing valuations and fundraising. The liquidity crunch is an aggregation of multiple factors—global supply chain disruptions owing to lockdowns, the Russia-Ukraine war, meltdown in the global tech stocks, and spike in inflation and consequent hike in interest rates.

It is more heated after last year’s “overinflated euphoria” among investors, who signed big cheques for both early and growth startups, putting money more on a ‘vision’.

“The second half of 2020 and the whole of 2021 was something of an aberration. That is not how the venture world works. It was a very exuberant period for venture funding. Compared to that, any kind of slowdown would be considered a ‘winter’ of a sort. At the same time, the macro sentiments are undeniably negative. So, there is definitely a correction happening in the startup ecosystem and the cuts will be deep,” Varun Malhotra, Partner at Quona Capital, tells YS.

But who is likely to get more affected by the current market situation between early and growth stage startups?

The chain reaction and tighter negotiations

A chain reaction has commenced in the investment community as the most influential VC firms—Tiger Global and SoftBank—adopt a defensive mode when it comes to writing big cheques. Both firms plan to scale down their investments and back more early-stage companies this year.

In fact, Tiger Global made its first seed-level investment in India this year with ecommerce enablement startup Shopflo.

Last week, Y Combinator wrote a letter to its portfolio companies, saying, “No one can predict how bad the economy will get, but things don’t look good…The safe move is to plan for the worst.”

Even Sequoia Capital warned startups that it is a “crucible moment” of uncertainty for the venture market, telling founders “not to expect a “swift V-shaped recovery like we saw at the outset of the pandemic”.

“Larger and new cheques will come down as VCs look to reserve capital for their own portfolio companies. You will see less funding in new companies, particularly Series C or D level startups, even if they are performing well. This has percolated down and set in a chain reaction in the investment community,” says Raghunandan G, Founder and CEO at Zolve.

Therefore, the question is not about limited funds in the market. It’s about where to put those funds with utmost caution for harder times as it is unclear when the markets will revive.

This conservative approach might hit the valuations and deal sizes across early and growth stage startups.

“Pre-product startups will struggle to get $3-6 million valuations. Many VCs that have closed new funds will continue to invest, but are now negotiating valuations and asking tough questions. We can say goodbye to $10 million seed rounds,” a partner said on the condition of anonymity.

A similar sentiment prevails in the Indian ecosystem where players, particularly in edtech and D2C sectors, would have to settle at lower valuations for next funding rounds.

“Schadenfreude has set in for companies that raised capital at nosebleed valuations and recklessly spent it all as the market careened off a cliff. Supposedly founder-friendly investors, many of whom have only ever seen a bull market, are now having their first truly difficult conversations with CEOs. Fast-moving, late-stage pools of capital, supposedly on a mission to disrupt venture capital just a few years ago, are now watching their positions shrink in value by 40–50 percent in less than a year, eradicating decades of compounded gains,” says Lightspeed India team.

The impact of the current liquidity crunch is also thwarting plans of startups that were either planning initial public offerings (IPOs) this year or have high burn rates with low runways.

OYO, which filed preliminary its IPO documents last year, is rumoured to have delayed plans—or settle for a lower valuation—to go public in 2022. PharmEasy’s IPO was greenlit by SEBI in February 2022 but the company has opted to wait out the current market uncertainty.

On the other hand, it’s business as usual for unicorns like Dealshare and Xpressbees. The former has raised $390 million to date, and claims to have a comfortable runway of about 2-3 years. The startup’s plans to touch profitability and IPO in the next two years are on track.

“Of course, there is change in the funding sentiment but that shouldn’t affect growth-stage startups that have low burn models. We would need to invest in infrastructure as a growing company and will continue to look at fundraisers and reduce the burn rate further,” Sourjyendu Medda, Founder & Chief Commercial Officer at Dealshare, tells YS.

Logistics Unicorn Xpressbees, which raised $300 million in February 2022, claims to have almost 70 percent of the money laying in the bank from the previous rounds. “We are approached by almost 2-3 firms every month for acquisition deals. We continue to evaluate them,” says co-founder Amitava Saha.

With reduced cheque sizes and limited new funding, growth-stage startups will have to extend their runways to up to 30 months and go slow. (Startup runway refers to how many months your business can keep operating before it’s out of money.)

The ones that raised funding last year would be in a better position to extend runways from 18 to 30 months. The real challenge falls on startups that have dried out their capital (cash burns) and will now have to press some reset buttons.

“2021 was all about chasing growth. It is difficult to predict how long the current situation will last. Hence, if you have raised money last year, you will be in a comfortable position in terms of cash flow for the next 24-30 months…it’s time to go slow, conserve cash, keep a tab on the market, and then press the accelerator,” says Zolve’s Raghu.

Founders expect the downtime to continue for the next 18-30 months, much depending on the Federal policy.

“We will see a lot of learnings coming out along with some conflicts among investors and founders as their relationship will be put to test,” said another founder, requesting anonymity.

Early-stage startups seem to be doing better. Zolve and LenDenClub are comfortable with their funding corpus as of now as they raised Series A rounds last year, while Ninety One and GoComet are in talks to close their Series B rounds.

Both startups had raised money in December 2021 and February 2022, respectively.

“We are getting a lot of inbound interest from VCs and PEs. The current meltdown has had almost no impact on us and it is business as usual,” says Sachin Chopra, Co-founder and CEO of Ninety One.

Stockal, which closed a round three months back, will raise a Series B round in the next 12 months while more recently-funded Altigreen is not looking at funding this year. Both plan to go strong on input metrics.

“We are being asked a lot more questions on our product roadmap and efficiency metrics as funds go beyond seeking a narrative. Times like this are when real business and product needs get validated. If people are still willing to pay for your product or service in this environment, it might be a good idea to actually double-down and take leadership in your space, if possible,” says Sitashwa Srivastava, Co-founder at Stockal.

The current market scenario also seems to have limited impact on Fashinza﻿ ‘s international plans. The startup recently hired for leadership positions in the US and will start looking at raising a Series C funding later this year. It last raised $100 million in a Series B round this January.

“There has been no cautionary note from investors or change in our US expansion plans. We are comfortable for the next 2-3 years in terms of capital and looking to hire more positions in the US,” says Jamil Ahmad, Co-founder and CBO at Fashinza.

The Indian startup market saw a similar winter between 2011 and 2013, when several companies—Indiaplaza, LetsBuy, Urbantouch, Sher Singh, Hushbabies, and Inkfruit—either shuttered or were acquired while others were shelving expansion plans, laying off employees, or looking to be acquired. The funding euphoria had died down and VCs were evaluating their fund deployment. The course correction phase set in and eventually, the market picked up again.

However, three things will be different in the winter of 2022. While it was much easier to conserve cash in the previous cycles, given it was the early-stage for most startups, it’s a mammoth task for today’s unicorns.

“As a unicorn startup, you have to take much tougher decisions when it comes to conserving capital. Heavy layoffs are just one part of cash optimisation and we will see more,” a founder says.

Moreover, this year, many startups were still in their post pandemic recovery mode and had little to no time to prepare for the downtime as public and private markets continue to bleed dry. The concurrence of events is likely to make the road ahead harder for some startups, with major learnings and lessons for all.

“In a bull run, VCs generally looked at larger parameters like growth potential, gross merchandise value (GMV), turnover, market share, and so on. Now, the focus is on unit level profitability and sustainable models. They are now evaluating whether the startup will need another round of funding, while still in the cash burn stage, and possibly touch profitability. If not, then the fund raise would be put to a halt,” says Bhavin Patel, Co-founder at LenDenClub.

The current slowdown is a silver lining in making. Similar cycles have come in the past, and the ecosystem goes for a correction. Having said that, Indian startups are rising at a colossal pace with high valuations, stock market entries, international expansions, aggressive competition, and maturing ratios. The scope for mistake is limited and might not be spared by the market.

LightSpeed Ventures encourages CEOs to truly reflect on what is the core “need to believe” for the business.

The firm says, “It is also important for startups to revise their assumptions on talent. Focus more on quality, and gain access to people who weren’t necessarily “recruitable” before. Where necessary, CEOs can rationalise headcount and refocus their company’s culture around performance.”

Highlighting that some of the most valuable companies of the last generation—Airbnb, Uber, etc—were started around the time of the 2008 financial crisis, it adds, “Those companies that use this time to strengthen their fundamentals will be rewarded by their customers and the financial markets in due time.”

Startups, MSMEs Can Use 5G Test Bed Facilities For Free Till Jan 2023: Govt

The Best CRM Software You Should Consider Using in 2022