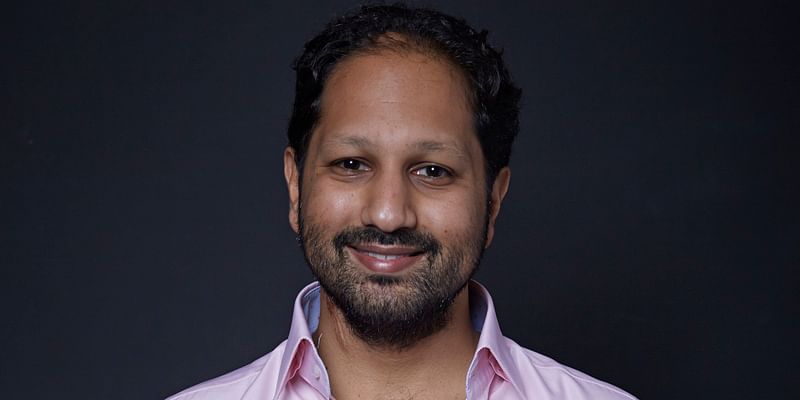 The pandemic has turned the way businesses function, and even how investors approach them. Sandeep Murthy, Partner at Lightbox Ventures, in a conversation with YS, speaks about the changes the ecosystem has seen over the last year and what investors expect from entrepreneurs.

Sandeep has been an early investor with leading tech companies, including InfoEdge and InMobi. Today he’s a Co-founder and Partner at Lightbox, a Mumbai-based venture capital firm investing in Indian consumer technology companies.

include Droom, Rebel Foods, Furlenco, and AI-based platform Embibe, which received a $185 million investment commitment from Reliance. This is the largest AI investment in an edtech startup anywhere in the world. Sandeep also supports platforms like Magic Bus, a non-profit organisation that uses activity-based curriculum to teach underprivileged kids life skills.

Edited excerpts of the interaction:

YS (YS): How has the way you look at investments changed?

Sandeep Murthy (SM): It obviously has been a unique year, I think that the adjustments at the start of the year were significant. The lockdown started with the financial year, so the first two months were spent getting everyone’s house in order and coming to terms with the uncertainty.

But you now realise that work has been going full steam for months now. Things adjusted, and today, we have new norms. It has made everyone focus on the essentials, and made us wonder – is it essential to be in the office every day, or to travel as much as we did? All this shifted and allowed people to explore and consider different ways of working and prioritising other parts of their lives. Companies across the board, and even at Lightbox, are taking our time to come back to the old ways of working.

We aren’t excited to jump back into the old ways. We have found a way to get things working, such as initially meeting the investors virtually and then doing an in-person meeting later. What was essential about meeting in person was the ability to read the body language and the smaller nuances. Now we’ve found a new way of doing that.

I believe that over time, things will revert. We’ll get back to travelling, but it will still be a mix. What we now have is an acceptance that the newer method of doing things is okay.

YS: Has it changed the way you look at companies and what you look for in startups?

SM: We had already started looking at the themes of sustainability and social good. Now, it has become even more important as the world is changing. It is incumbent upon us as investors to ensure that we’re giving back in some way.

We have started thinking that if the government is not going to have the resources, the wherewithal, or the focus to necessarily invest in the types of things that are going to ensure that we live in a better environment, I think that it’s incumbent upon us and the companies we invest in to define how the consumption can take place going forward.

We are investing in consumption and the future of a billion people. And if we ignore the present, we’re going to leave the world in massive disarray. And if one billion people have a mindset of production that doesn’t care, then we leave behind a mess.

The idea is to focus on businesses that are mindful of their actions. For example, Bombay Shirt Company does custom clothing. The rationale is that fast fashion isn’t helping the environment. The wastage in terms of the number of clothes that end up in landfills, the notion that I’m going buy cheap product throw it away after a couple of uses, and then buy another one – it’s just a terrible methodology.

The world has shifted and consumers have shifted into wanting to express themselves uniquely. There is a lot of awareness among consumers and they are demanding a shift. Today, for the consumer, buying a brand is representative of something. Also, consumers are caring about the kind of brands that care about the impact they have in the world.

The outdoor gear brand – Patagonia, for example, has a simple premise – make the world a better place. They have a simple and unique way of operating their business.

The idea of being good to society and the environment, as well as making a profit, are not mutually exclusive ideas. There needs to be a change in how we look at impact funding as opposed to for-profit funds. This idea was accelerated by the pandemic.

If you have a business model that works in the short term but has a massive potential impact in the long term, it becomes really important for us to think about that.

YS: How do you find a balance between the two? What do you look for in the startups and the companies?

SM: Lets put sustainability aside. When you’re looking at entrepreneurs and we’re looking at opportunities, we’re basically asking – is the kinesis enough? What I mean by that is, in the cycle of building a company, you’re going to fail miserably as you go, and it’s going to be challenging and can be difficult, so can you show me that you care enough about this problem as an opportunity that you’re ready to stick it out.

In all the things that you’ve done, is there any evidence or an underlying reason that clarifies why you’re getting involved in this business, and which demonstrates that there you’re in it – beyond the fact that it was just an opportunistic and a nice thing to do?

We ask this question of everyone – what does success mean to you? And the question is not designed to look for any metric, but it tells you a lot when you start to hear the responses.

Coming back to sustainability, it needs to be incorporated into the business model.

YS: What about the founder’s personality? What do you look for in the founder?

SM: Being a founder means being an interesting juxtaposition of the way you have to be. You have to be stubborn enough to not listen to people and go after what you’re doing, and you also have to be self-aware enough to be able to invite people into building your business and managing their desires. This is true, especially in the early stages.

When we started Cleartrip in the early days, everybody told us we were nuts. You will have to listen to everybody telling you that you’re an idiot, and still go after it. Then, you have to turn around and hire people, and tell them you want to incorporate their vision.

Its a Jekyll and Hyde kind of existence on a regular basis.

So you look for how people can do that. We have conversations that push them about why they’re doing certain things, how they think it may not work, or share experiences about where it failed. And then you listen to whether or not they’re willing to take that feedback where they have to listen.

I think extreme self-awareness is required to be successful. But too much of it removes the drive. It comes to talking to people and seeing if you can make that relationship work. There are some relationships my partners can work with better than I can.

YS: What advice would you like to give founders?

SM: I read an interview that said: ‘don’t listen to your investors,’ and I think there is a bit of truth in that. You have to understand what everybody’s motivations are and you have to be clear about what decisions you are making and why. Blindly following your own perspective, or blindly following your team’s direction, or just listening to your investors is absolutely wrong.

I think that it’s important to assess individually what you think is the best decision to make by considering the different issues and then going about it. I think it’s very easy to get attracted to the idea of growing fast as there’s more capital available.

They’re more interested in raising the most capital, and are not necessarily worried about winning in the game as a primary objective, nor are they worried about finding the best solutions. But, fortunately, that is shifting. More entrepreneurs are realising that things change, and that they can be aware.

So my advice would be to assess what’s the right thing to do and look for certain businesses that have to get big really fast, otherwise you’re probably not in a good place to contend.

But once you get hooked on this drug of raising tons of capital, you’re dependent on one or two guys to supply that capital. And if there are not that many people to give the next $400-500 million cheque, you will run into some challenges to manage the burn.

[Funding alert] Nexprt raises $200K in angel round from Titan Capital, others

Voi raises €38M in Series C extension round; here’s how the micromobility startup plans to utilise this fund