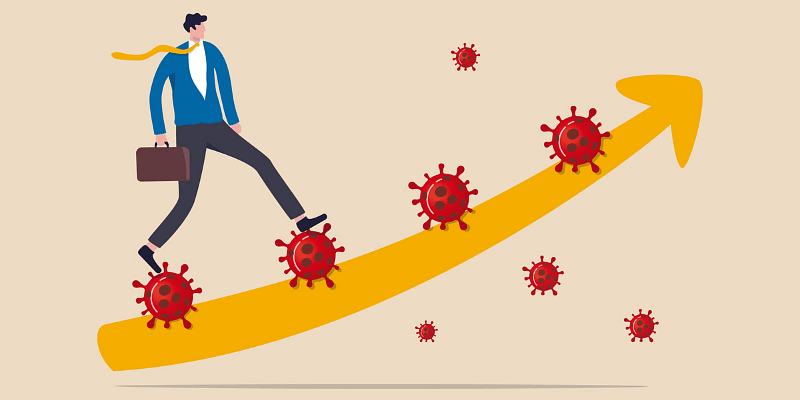 Many businesses that were hit during the pandemic were forced to re-evaluate their business models. Revenue, unit economics, and sustainable models over scale became important pointers. But the question is, while monitoring all these aspects of the business, how does your company capture and create value?

A Harvard Business Review Report suggests startups follow a model that allows them to focus on service and capture value simultaneously, a model that the writer calls, double play. This means that while the startup understands its current positioning, it finds ways to capture extra value in its process and positioning.

According to the HBR report, double play has a high level of dependency within the different business units making its virtuous circle that helps capture value. “There are three core phases in creating double play: discovering the best product your business can offer, identifying value points in your company, and then monetising that value,” says the report.

The idea with double play is to mix market positioning of products to maximise strategic competitiveness.

An example cited on HBR is that of Amazon – while the ecommerce giant disrupts several brick-and-mortar stores with its low margin retail sales, it also captures value as several retailers go digital by selling on its cloud computing services, AWS.

“The profit margin from Amazon AWS, well ahead of the ecommerce business, is a critical component of Amazon’s high market capitalisation. Yet, without the ecommerce unit, Amazon would not have built the massive cloud computing infrastructure required for AWS in the first place,” the report adds.

Building double play into a startup’s operations isn’t necessarily dependent on the availability of funds and resources. It depends on the current positioning it is in.

“In double play, there is a high level of dependency within the business units, making it possible to create a virtuoso circle of value capture within a symbiotic relationship. Simply, it goes beyond having multiple revenue streams in a business.”

What helps is an investment that anchors the capturing of the value through other ways. The author of the HBR report, Ndubuisi Ekekwe, said his family fund, which has invested in more than 30 startups in the US, the UK, Germany, and Africa, uses the below processes:

Discover the one oasis

“Just as in physical geography, where the oasis is the area in a desert that sustains lives of the inhabitants, the “one oasis” is the best product in a business, defined by many variables which could be market share, brand equity, or profitability. Other products depend on that one oasis to thrive within the firm,” says the author.

“In Amazon, the ecommerce unit is one oasis, which most people know Amazon for. Our model is to accelerate investments around this main product, to make it the best possible, in a world where few are dominant in business categories,” explains Ndubuisi.

“Once the best service or product has been identified, the next phase is defining the possible value points in the company. In Zenvus, a Nigeria-based agritech, the value is the farm data, not selling precision soil sensors. In Krozu, a Florida-based SaaS startup, the value is productivity advisory, not the collaborations. In our Dubai-based uber-for-helicopter, Vetifly, the value is on infrastructure ground services, not just on tickets,” said Ndubuisi.

Monetising on the value

While there are several ways to capture value, it doesn’t have to be only one oasis. Citing the example of their Laos-based startup Zido Logistics, which Ndubuisi has invested in, he says – “We make more money on invoice financing of the supply chain than in transportation, which is what everyone knows the business for. The invoice financing unit is the double play which would not have been possible without the logistics arm.”

Understanding how to capture value is an important part of any business playbook, and it does not necessarily have to be on the brand’s most popular product.

“At the early phase of the business, defining how value would be captured is especially critical, even as users are added. But even for mature companies, there is a need to assess your operations and find if there could be a double play around your one oasis,” says Ndubuisi.

Tallinn’s Bolt raises €628M at €7.4B valuation to accelerate the transition from owned cars to shared mobility

SoftBank makes mountains of cash off of human laziness – TechCrunch

How Lido raises the stakes for crypto and DeFi investors – TechCrunch

The role of fintech in shaping the post-pandemic business world