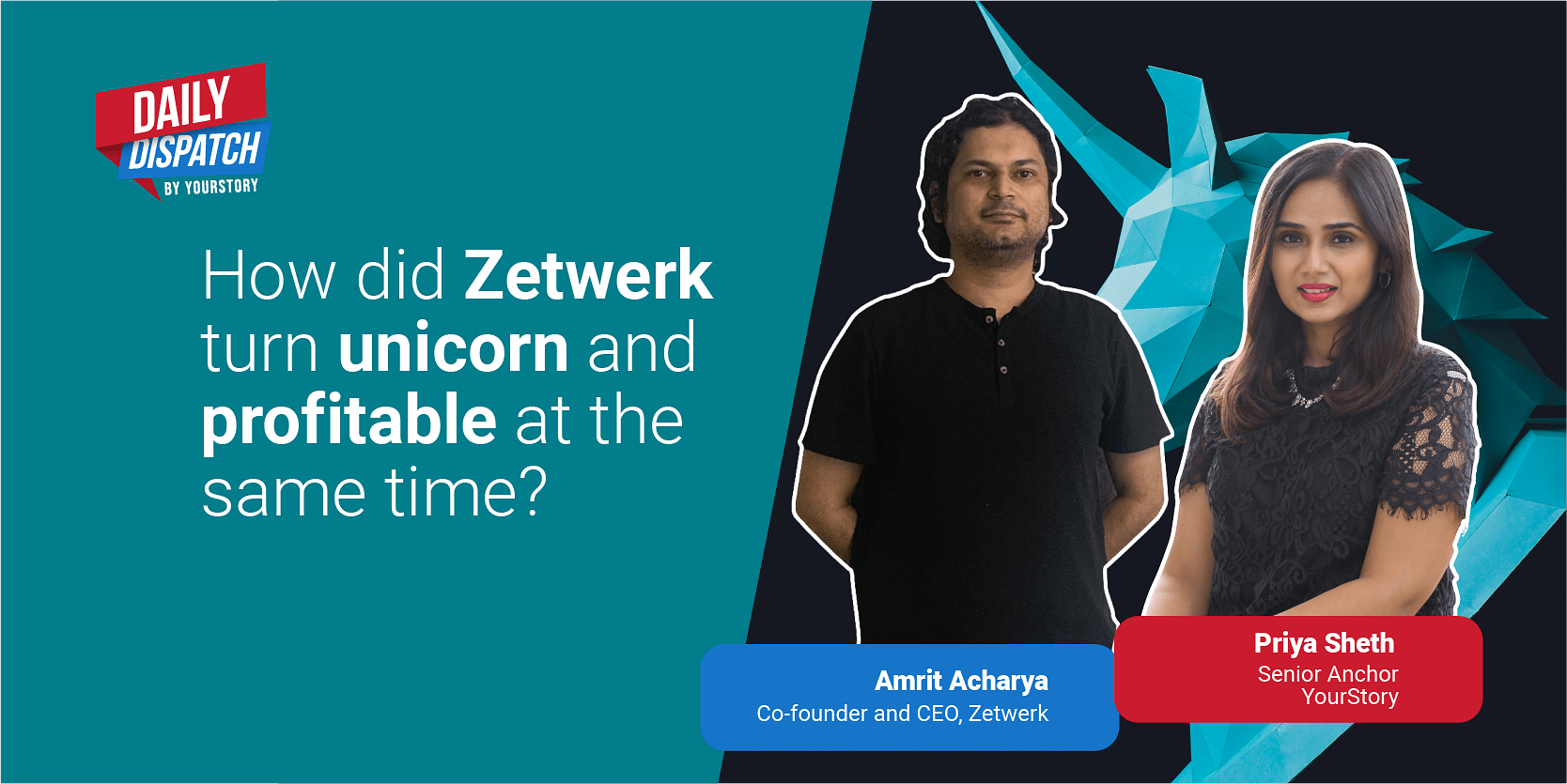 Founded in 2018, ﻿Zetwerk﻿ raised $150 million in its Series E round of funding. The round was led by D1 Capital Partners.

Amrit Acharya, Co-founder and CEO, Zetwerk says that the fundraise is a milestone for the company as it will help it to move closer to its vision of reimagining and digitising manufacturing. In another important milestone, Zetwerk recently turned profitable. “While we are growing at a high speed, we are growing in a very sustainable manner,” he says.

He mentions that a bulk of their investments go into building great software as Zetwerk is fundamentally a technology company. Thus, primarily, the capital will be used to make sure that the company continues to stay relevant and ahead of the market. In the last year, the company has expanded outside of India and presently, 30 percent of their revenue comes from the international markets, led by the US, so the company will invest in that avenue as well.

Amrit explains that a lot of manufacturing spend is moving to countries like India, which is largely driven by the diversification of global supply chains. Zetwerk is essentially making it easier for western markets to explore markets in India. Indian manufacturing is coming into the picture as well.

“We see our role as catalysing both of these trends and making sure that India does justice to the opportunities that are ahead of us,” says Amrit.

He adds that the company recognised that they can’t do everything by themselves. Some companies are focused on one segment to better solve problems better while Zetwerk is spread across a wide range of industries. Thus, their partnerships with these companies can be strong. “That’s why we are looking to partner with companies that solve very specific industry nuanced problems,” says Amrit. Zetwerk currently has the budget to do two do M&As this year.

Being and unicorn and being profitable as a company are two completely independent goals, shares Amrit. Being profitable establishes strong unit economics, which is very important. “Companies are nothing but a collection of people and if you establish a high burn culture early on, it is often very difficult to change that,” he says. Thus, the company made sure that they had that discipline from the beginning.

Amrit concludes by saying that Zetwerk grew its revenue by 3x in FY21 and aims to grow it by 4x in FY22. The company will also be investing more in marketing.

What is blockchain? Blocks, distributed ledgers and nodes explained in simple terms

How to Improve Your LinkedIn Organic Reach