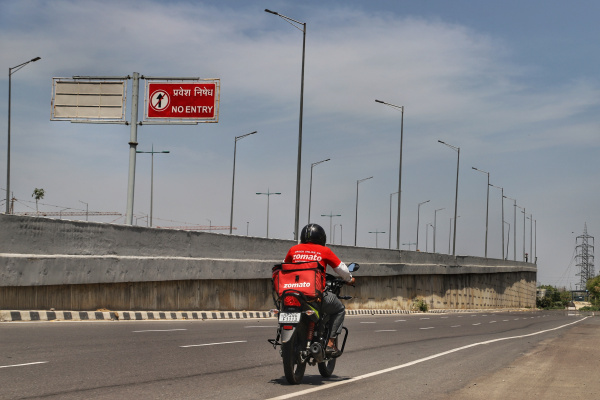 Indian food delivery startup Zomato said on Tuesday evening that it has raised $562.3 million from its anchor investors ahead of IPO opening on Wednesday.

Zomato, which counts Ant Financial  has already secured nearly 45% of the $1.3 billion it plans to raise through the IPO, the 12-year-old Gurgaon-headquartered startup revealed in a filing to local stock exchanges. The public share sale will open on Wednesday and close Friday.

Tiger Global, Fidelity, New World, Baillie Gifford, Government of Singapore, Canada Pension Plan, Mirae Asset, T. Rowe Price, and Steadview are among the investors that are backing the startup in the public markets.

The investors have subscribed the shares at Rs 76 ($1) — the upper end of the price range for Zomato’ shares — giving the Indian startup an implied valuation of $8.6 billion, up from $5.4 billion in February this year.

In a virtual press conference last week, Zomato executives said the startup, which has search and discovery in nearly two dozen markets, will focus largely on India and will explore categories such as online grocery delivery in the future.

The executives also dismissed Amazon as a serious competitor for now. “There’s no major impact on market share from Amazon so far,” the company’s chief financial officer said. Amazon entered the food delivery market last year and is operational in just Bangalore for now. Swiggy, backed by SoftBank Vision Fund 2 and Prosus Ventures, is Zomato’s chief rival in India.

For the financial year that ended in March this year, its revenue was down 23% to $283 million, and it also shrank its losses to $110 million, down 66% from the same period a year ago.

Films like ‘RRR’ and ‘PS:1’ are only possible because of the video game industry’s Unreal Engine- Technology News, FP