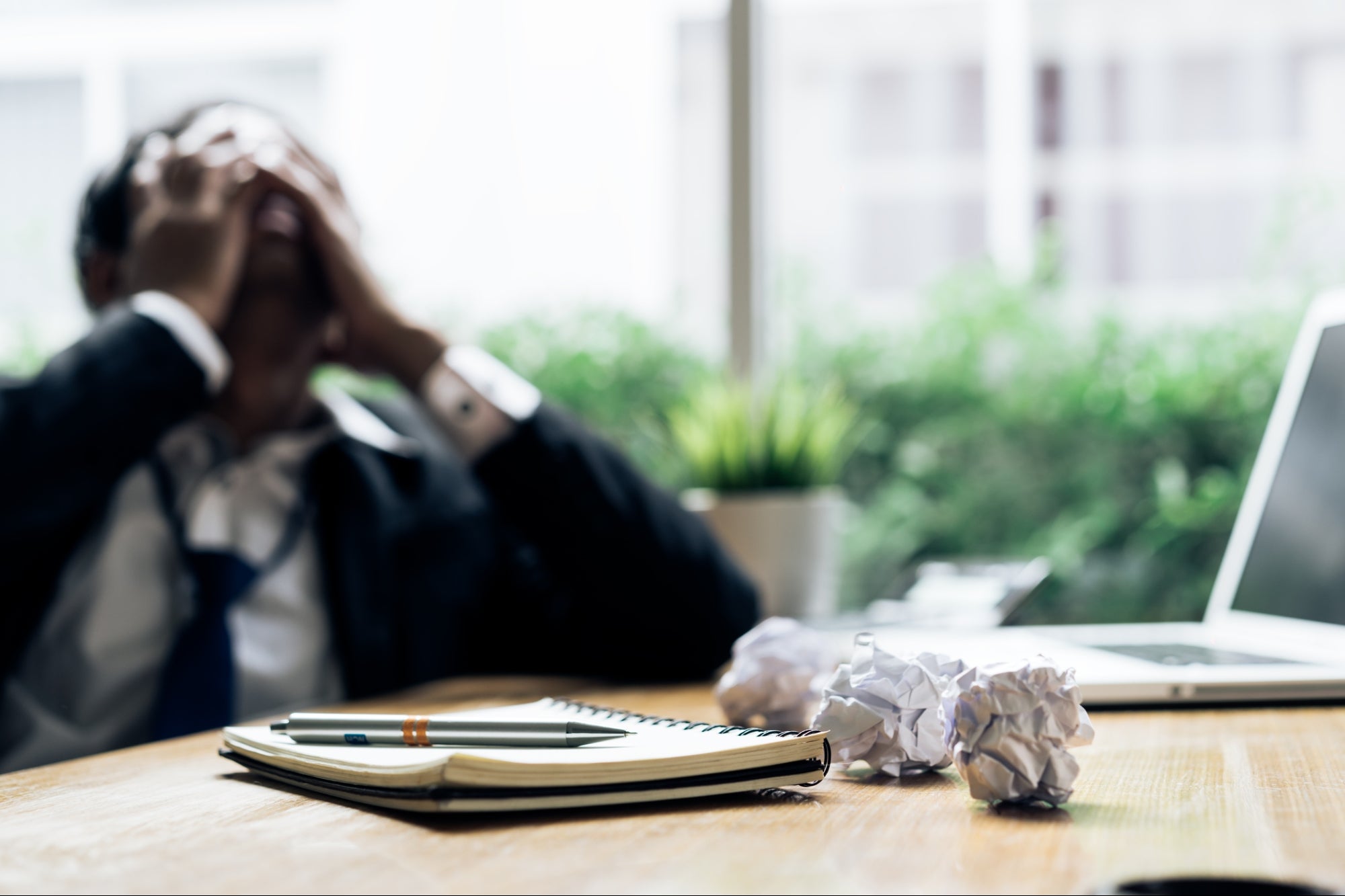 Opinions expressed by Entrepreneur contributors are their own.

There’s a stigma against failure. Beliefs that “It can’t happen to me.” “It shouldn’t.” “It won’t.” It does. No matter who you are, what you do, how you do it, where you do it — failure is waiting.

This isn’t meant to serve as a grim reminder of the day that success is unattainable.  Success is viable and waiting for you. So is failure. And the latter will teach you all you need to know in order to find soaring achievement.

It is. Set a goal, do nothing productive toward accomplishing it, and you will fail in a cinch. It’s failing from trying that really eats away at us and stunts our growth. I did what I was supposed to do…why did this happen!?

I hate to break it to you — you probably didn’t. Don’t get me wrong, I’m sure you worked your tail off. You put in the time, expecting the subsequent glory. But in that teetering house of cards that takes us from the idea to success, something went awry. One or more cards was out of place.

The house toppled down.

You’ll get nowhere by yourself. A thousand and one commencement speeches prove this. If you want rip-roaring, limitations-defying success, it’ll come as a team.

Spend a few years learning a new niche skill, and maybe you’ll be halfway good at it. Or hire someone who’s an expert in this niche skill, and let them handle business while you attend to other matters.

Related: Investing in Your Employees is the Smartest Business Decision You Can Make

3. …Unless they’re the wrong people

Of course, if you buy stock into the wrong people, then you’ll fail together. Discerning the best people from wrong ones is easier said than done, I know. Just ask humanity.

So make a list. Identify who you need and what they should be capable of; who you want to work with. Who, when you cross the finish line and hold up the grand prize, do you want chugging the milk beside you?

“I was set up to fail.” Yeah…failure doesn’t care. “I couldn’t hire extra staff.” Nope. “I wasn’t in a position to grow.” Sorry.

Failure is the parent that maybe you wish had been more caring during childhood but, like it or not, you realize as you grow older why they did what they did. Limitations or no, failure will knock on your doorstep ready to impart painful life lessons. And it’s these life lessons that enhance your growth.

Similarly, failure doesn’t give a flying you-know-what about your grand vision for the future. If you had just had “a little more time.” A little more money. Better people. Better foresight.

Nah. It appears when it appears. Sometimes that’s three hours early to the party (without a gift) or three hours late.

Regardless, do yourself a favor — if failure happens, take the “it could’ve been great” sentiment, lock it in a safe, and throw that safe into a fresh pool of cement.

No good comes to the entrepreneur who welcomes self-pity with open arms. Take a day, take a week, but then move on. It was, now it isn’t…so what’s next?

It’s pointless. Both are inevitable, and both are ambiguous. We fear death because we don’t know what lies beyond — the same can be said for failure. When we find ourselves sinking into the quicksand of failure, we don’t know what waits for us on the other side.

Fear derails us. Just like failure, we must embrace it. Treat it like an old friend, and see it as an opportunity. Then the tables turn — fear becomes scared of us.

7. We grow from failure, but often subconsciously

In the murky aftermath of a truly glorious failure, it’s difficult to consider how you’re “growing.” You are. It’s just that a lot of this knowledge is being stored subconsciously.

Your brain will feed it to you when you need it — next week, next month, next year…just know it’s there. Waiting. We simply can’t fail as much as we do and not learn something.

Take solace in this as you weather the storm of your latest failure. Feel free to ask yourself how you’ll grow from this — do the reflective work. But if answers are as fleeting as a wet day in Los Angeles, breathe easy. The lessons are there, ready when you need them.

Related: The One Thing Every Successful Entrepreneur Does

8. There’s no better time than now to fail

Today, entrepreneurs are running mega-successful companies from the comfort of their own bedrooms. For as much flack as we give them, millennials and Gen Z are shifting the way we think about work — what it is, how it operates, and what it can be.

There’s no better time to fail, because there’s never been a better time to build, build and build some more. From your bedroom. With pajamas on, if that’s your thing.

Related: All Entrepreneurs Face Failure, But the Successful Ones Didn’t Quit

It will hurt. A lot. But lots of failure will create better successes. If you really like Coke but don’t drink it for a month, what happens the first time you pop open a can? Glory. The soda hasn’t changed, but for whatever reason, it tastes better.

Transfer this same sort of thinking to success and failure. There isn’t a set number of times you must fail in order to succeed, nor vice-versa. However, failing will make success taste so much sweeter.

Always remember this. Failure is a fact of life. It’s one of the few things you can count on being present in your life from start to finish. That’s okay. Failing makes us better. Maybe not in the moment, maybe not in a way that we immediately realize, but it works.

So when you’re facing the inevitable failure, apply what I call the “one year rule” to the emotions you’re feeling that are associated with the failure. In the midst of your crummy feelings today, remind yourself that you will not be feeling this badly in one year from now. As a matter of fact, you’ll look back and be filled with gratitude for how everything worked out even better than you could have imagined.

Let’s accept failure for what it really is: an opportunity for personal growth and a powerful tool for achieving our goals.

The Startup Magazine A Guide to Jewelry Startup Business History

Tips for Spring Cleaning Your Business