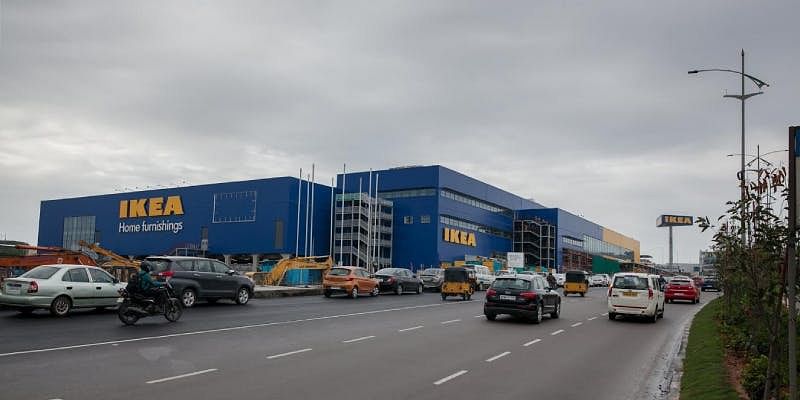 The COVID-19 pandemic may have hit IKEA’s expansion plans in India, but the Swedish furniture and decor behemoth is readying to open new stores in one of its fastest growing markets.

Sources say the Swedish company has invested in real estate as it eyes a a small-store format, spread over 100,000 square feet, in Whitefield, Bangalore.

IKEA, which opened its first store in Hyderabad in 2018, has also invested in a 14-acre land parcel in Nagasandra, Bangalore, for a large-format store.

The retailer expanded to Mumbai after Hyderabad, and now plans to focus on Delhi-NCR and Bangalore for further expansion.

Peter Betzel, CEO, IKEA India, had earlier said small-format stores would be city-centre stores and would have the same look and feel like any other IKEA store.

The small-format store in Whitefield will have a smaller range on display, and the presentation will be different.

IKEA has set up a 270,000-square-feet distribution centre in Pune in partnership with IndoSpace Industrial Park, which is leased at a cost of Rs 20 crore per year. It has also earmarked a Rs 750-crore expansion plan.

Earlier the company planned a further investment of Rs 100 crore in Pune to add another 2.5 lakh square feet of space.

The Swedish company employs 1,000 people per store and 1,500 people indirectly, and also sources 1,000 products locally, pricing them at less than Rs 200 apiece. It sources from 50 local manufactures and its annual exports from India are worth over $350 million.

With its 40 stores planned across 10 Indian cities, IKEA will increase its contribution to job creation in the country.

The retail giant expects to create opportunities in areas such as merchandising, store operations, supply chain, and allied assembly services.

At present, the company has invested Rs 10,500 crore in India and has spent half that amount till now.