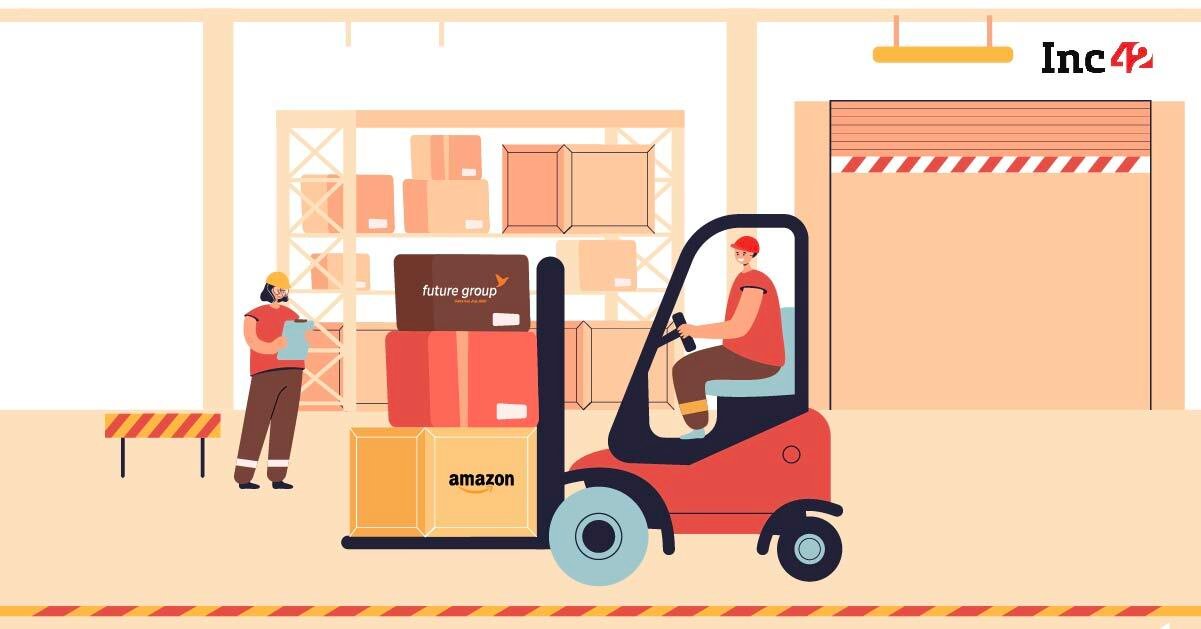 Currently, a large number of FRL stores are sub-leased to the company by Reliance since it wasn’t able to pay rent to the landlords The Delhi High Court on February 28, 2022 (Monday) will hear arguments in the ongoing dispute between Amazon and Future Group. Ahead of the hearing, Reliance Industries is reportedly taking over Future Group properties and employees, an attempt considered to be a hostile takeover.

According to reports, several employees at the Kishore Biyani-led Future Retail (FRL) stores, including BigBazaar, have received offer letters from Reliance Industries. Previously, since Future Retail was unable to repay its dues to landlords, the stores were taken over by Reliance and then sublet to the Biyani-run entity for operations under its brands.

The move is seen as a hostile takeover bid by Mukesh Ambani-led Reliance Industries amid the tripartite battle between Reliance-Future Group and Amazon.

Tidings Of The Reliance-Future and Amazon Case

Since its announcement in August 2020, the Reliance-Future $3.4 Bn deal has been bitterly contested by Amazon. The latter claims that due to its indirect stake in Future Retail (via its 49% shareholding in sister company Future Coupons, now suspended by CCI), Future Group is prohibited from carrying out a transaction with Reliance.

The proposed deal is a result of the Kishore Biyani-led company being marred with debt, of more than INR 10,000 Cr including short-term and long-term loans of over INR 6,000 Cr, foreign currency bonds of about INR 3,500 Cr and non-convertible debentures worth INR 200 Cr.

The loss-making retail giant proposed to sell its retail, wholesale and logistics arm that included businesses including Fashion at Big Bazaar, Koryo, Foodhall, Easyday to Reliance for INR 24,713 Cr ($3.4 Bn).

Future Retail has currently missed the due date of repayment of INR 3,494.56 Cr to its lenders on 31 December. The retail enterprise blamed the delay because of the dispute with Amazon. But it had sought to repay the debt in the next 30 days, i.e. by January 2022 — which it also missed.

Thus, Future Retail sought to sell its small-format stores, to pay the first installment of the debt, but Amazon contested that move, too. The latter volunteered to help FRL with a loan of INR 7,000, via Samara Capital which was refused by FRL’s independent directors.

In a relief to Kishore Biyani’s Future Retail, the Supreme Court recently directed bankers and FRL to work out a solution. Senior advocate Rakesh Dwivedi, representing a consortium of 30 lenders, suggested that FRL’s assets be put up for public bidding (auction) with a reserve price of the default loan amount against Future Retail — INR 17,000 Cr.

The Delhi HC was also directed by the SC to hear the case from Future Group’s point of view since any order would affect a lot of Indian employees of the firm, the bankers and lenders. Thus, Delhi HC is set to hear the matter on February 28, 2022.

‘Your vibe attracts your tribe’ – 35 quotes from Indian startup journeys

The Importance of SEO for Businesses

Over 55 Spacetech Startups Registered With ISRO In 2 Years: Govt