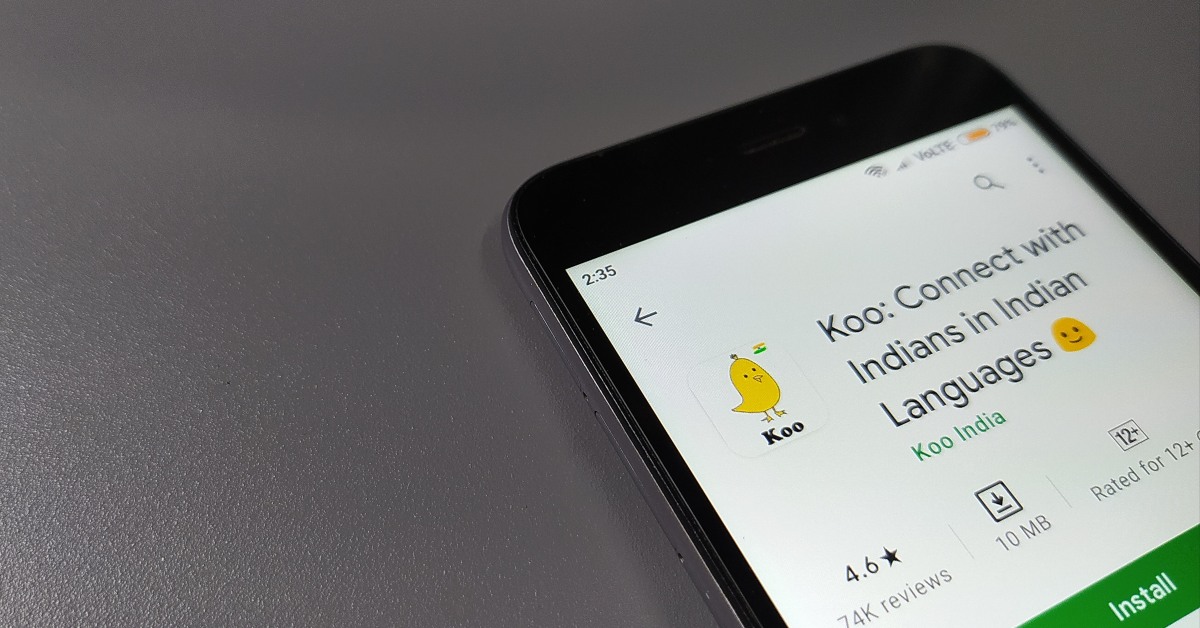 While the app is deservedly receiving plaudits for its efforts towards democratising the internet and providing an alternative to Twitter, all the ‘koos’ about the platform haven’t been positive

You’d have to be living under a rock if you haven’t yet heard about Koo, India’s atmanirbhar microblogging platform which is available in English as well as Indian languages such as Hindi, Kannada, Tamil and Telugu.

While the app is deservedly receiving plaudits for its efforts towards democratising the internet and providing an alternative to social media giant Twitter, all the ‘koos’ about the platform haven’t been positive. All of last week, the company’s founder Aprameya Radhakrishna was ducking allegations by cybersecurity researchers who had claimed that the app was leaking user data through its application programming interface (API).

The spate of allegations kicked off with French security researcher Robert Baptiste (known as @fs0c131y and Elliot Alderson on Twitter) tweeting about the app leaking users’ data such as names, email addresses, dates of birth, gender and in some cases their contact numbers too. To be fair, the app doesn’t mandate the user to provide all of the above information upon signing up. One can choose to fill up these details voluntarily and also decide whether this info should be made publicly visible on their profile page. Alderson has claimed that the data leak pertains to users who had chosen not to reveal their sensitive information on their profile page.

Tech experts we spoke to were puzzled by the fact that the app is providing users with the option to add their marital status to their profile headers, which makes it seem like Koo wants to play cupid (Koopid?) too.

Upon Inc42’s request, the data leaks were cross-verified by independent cybersecurity researcher Rajshekhar Rajaharia, who also discovered that Koo had faulty APIs which were leaking user data. Within hours of that discovery, the company seemed to have made some corrections to its backend to ensure that data does not leak. All the while, the company’s CEO Radhakrishna had been claiming in public that there was never a data security issue with the platform.

A detailed questionnaire about the data leak allegations was sent to Koo’s founders. However, we haven’t received any response from the company yet.

Is Koo Just An Indian Parler?

A lot has also been written about the content that’s available on Koo. At present, the app, with 3 Mn users, seems like a desi version of Parler, the American microblogging platform with a significant user base consisting largely of supporters of former US President Donald Trump, who are known to be conservatives and on the right-wing of the political thought spectrum.

Similarly, on Koo, a large section of the user base consists of supporters of the ruling Bharatiya Janata Party (BJP). Top ministers of the BJP government were among the first ones to publicly endorse Koo and create their accounts on the platform, as the very presence of a swadeshi microblogging platform aligns with their slogan of ‘Atmanirbhar Bharat’ or ‘Self-Reliant India’.

Another Indian app called ‘Tooter’ had gained popularity among Indian netizens last year, but while Tooter trended for a couple of days, Koo seems to have made a bigger mark.

That the surge in Koo’s popularity has come at a time when the Indian government has dialled up the offensive against Twitter for failing to act on anti-government tweets and accounts, cannot be missed.

Founded in March 2020 by Radhakrishna and Mayank Bidawatka, Koo was one of the winners of the ‘Atmanirbhar Bharat App Innovation Challenge’ in August last year. The founders also operate Vokal, a regional language Q&A platform. Koo enables access to information and entertainment to Indians in their own languages. Currently available in five languages including English, the app will soon be made available in seven more Indian languages, namely: Marathi, Bengali, Gujarati, Malayalam, Odia, Punjabi and Assamese.

In comparison, Twitter is natively available in Bengali, Hindi, Urdu besides English and other foreign languages.

While enabling access to social media for the “next billion users” is definitely worth celebrating, the present version of the app feels like an echo chamber, with voices from only one side of the political divide. For Koo to achieve the same impact as Twitter, it would need to broaden its appeal and offer something that Twitter does not — at the moment, this seems to be a missing ingredient.

Bengaluru-Based Flam Raises $3.5 Mn In Seed Round Led By Silicon Valley Quad & Others

How To Use Corporate Gifts To Market Your Business