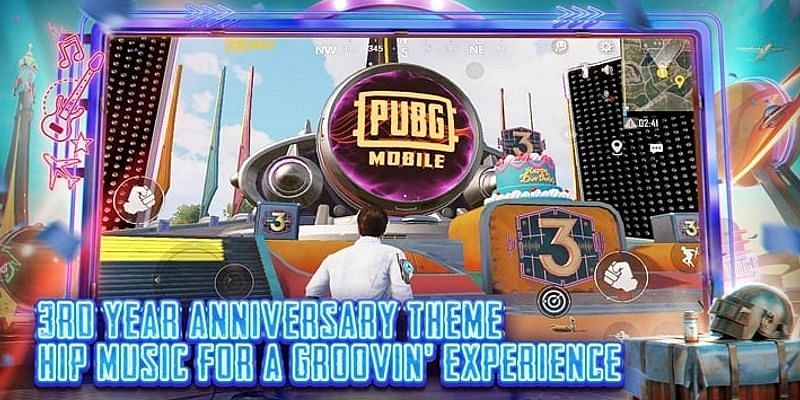 PUBG Mobile 1.3 patch update is being rolled out globally today. The latest patch brings forth a host of features to the gameplay, including new firearms and vehicles.

The update requires Android users to have 640MB of free space, while iOS users will need to have at least 1.55GB of memory available. PUBG Mobile 1.3 patch update will also bring in several security updates to prevent hacks.

Besides, the game now boasts of improved video review conversion that will help users to make better judgements.

The new PUBG 1.3 includes a new third-anniversary music theme. With new electronic music in the background, players can get the Music Armband, which grants three special skills that can be upgraded by collecting scattered cassettes.

Players will require to select Erangel in the map selection screen to experience this gameplay mode.

Developers have also introduced a new Clowns and Trick mode, which will be activated on March 31, 2021. The company has placed a clown shop vehicle in Erangel, and players will have to collect clown tokens.

The latter can be exchanged for items, including normal combat supplies and special strategic items, in the clown shop vehicle.

The new PUBG Mobile 1.3 patch update introduces the Russian Mosin-Nagant sniper rifle, which the developers claim, is as powerful as the Kar98K.

Its advantage over the latter includes faster bullet fly and less damage drop-off. It can knock out an unarmoured enemy with a single shot from a long distance. The Mosin-Nagant will spawn on Erangel and Vikendi, replacing some of the Kar98K rifles.

A new two-person vehicle motor glider will also spread across Erangel and Miramar.

However, this new game is not open for pre-registration in India because of the government’s ban. Krafton is engaging with the Indian government to get the ban removed, but there is no set timeline for the same.

Developers have also confirmed that they will be working to get the ban on PUBG Mobile revoked first before introducing the new PUBG: New State.

Metals and Their Fabrication: 3 Sectors That Totally Depend on It!

Jio Teams Up With Qualcomm To Manufacture Critical 5G Components

Wilco gamifies your path through your software engineering career – TechCrunch