The Department of Environment and Forest, Union Territory (UT), has developed a mobile app called Carbon Watch, which will allow users to assess their carbon footprint and will suggest ways to reduce it. The application is currently available on Android exclusively, and can be downloaded via a QR code or by heading to this link. For some reason, the app is not easily searchable on the Google Play store, and the best way to head to the app is via the link above.

While the app has been rolled out in Chandigarh, and the focus of the Department of Environment and Forest is currently on the feedback received from the residents of Chandigarh, it can be used by anyone in the country as long as they have an Android smartphone. Users can add their address pin code in the app and analyse their average carbon footprint. The app currently divides users in two categories – Chandigarh, and out of Chandigarh. Inputs from the residents of the UT are used by the Environment Department, and that of users from outside the UT will mostly be for the knowledge of the user.

For the uninitiated, carbon footprint is the amount of greenhouse gases, especially carbon dioxide, released into the atmosphere as a result of the activities of a particular individual, organisation or community. 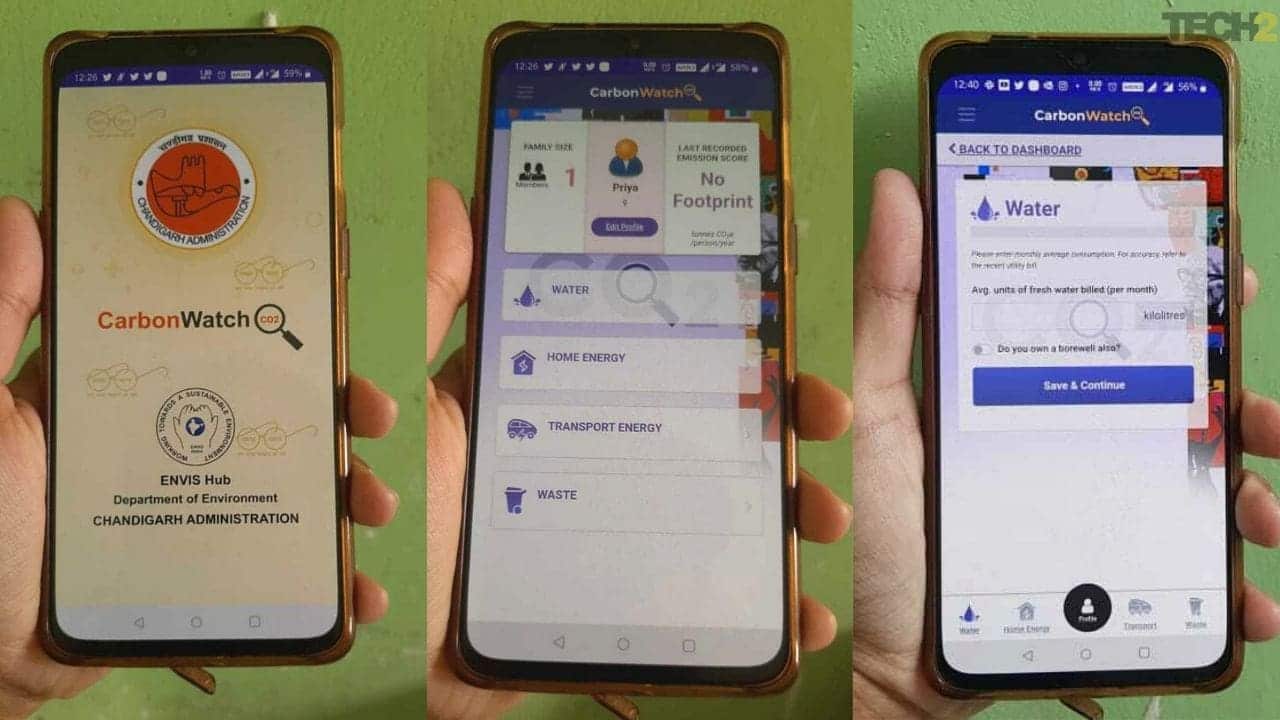 Once users fill in the details, the app will suggest ways for users to reduce their carbon footprint. For instance, if a user says they usually travel in a car, the app would suggest taking public transport or a bicycle.

We downloaded the Carbon Watch app to get a look and feel of the same. While the app comes from great intentions, the launch of the app seems premature. Considering that the app is aimed at educating users and collecting data on its users’ average carbon footprint, it shouldn’t have been restricted to Android smartphones.

Further, we aren’t sure if the user experience is any different for the residents of Chandigarh, but currently, accessing the app from Delhi NCR, Carbon Watch seems half-baked. The different category forms weren’t accessible – except for the one for water consumption.

Oddly, the app wouldn’t connect on Wi-Fi, but worked when connected to mobile data.

How long to midnight? The Doomsday Clock measures more than nuclear risk – and it’s about to be reset again- Technology News, FP