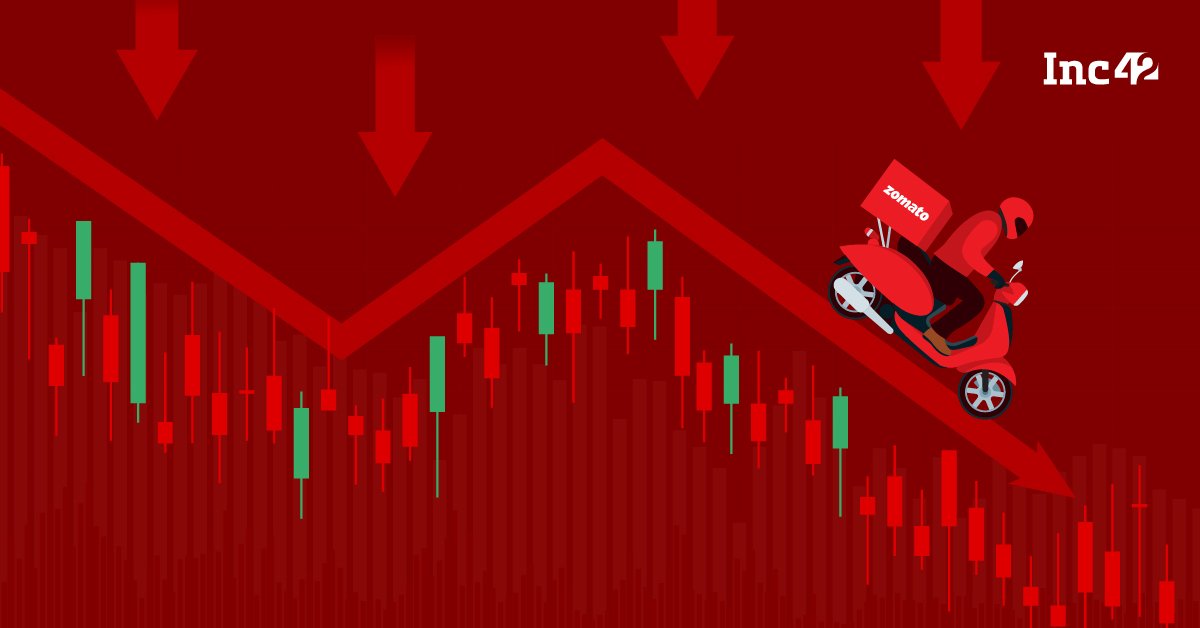 Ahead of Zomato’s initial public offering (IPO) last year, Damodaran had valued the stock at about INR 41 per share

Earlier this week, Zomato shares dropped to an all-time low of INR 41.65 on the BSE

Blinkit acquisition suggests that Zomato is planning a substantial foray into the grocery delivery business, albeit at the expense of a smaller slice of revenues: Damodaran

Aswath Damodaran, professor of finance at the New York University who is also known as valuation guru, has now assigned a base case value of INR 35.32 on the much-strained Zomato stock.

“The value per share has dropped from INR 40.79 to INR 35.32 per share, with much of the value change from last year is coming from macroeconomic developments, manifested in a higher cost of capital,” Damodaran said in his recent blog post on Wednesday (July 27).

Ahead of Zomato’s initial public offering (IPO) last year, Damodaran had valued the stock at about INR 41 per share. However, Zomato got listed at INR 115 per share on the BSE, with an over 50% premium to its issue price.

While the share price did not dip significantly till January this year, currently the shares are trading 60% below their debut price at INR 45.65. The shares also hit their lowest level at INR 41.65 this week after the lock-in period for its shares for promoters, employees, among others, ended, reaching the valuation Damodaran had estimated pre-IPO.

However, following his prior valuation on Zomato stock, Damodaran had also received pushback from people disagreeing with the valuation.

Explaining the rationale behind setting INR 41 as Zomato’s stock value earlier, Damodaran noted that he had argued that “notwithstanding the potential growth in the market, and Zomato’s advantageous positioning, it was being over priced for its IPO, at ₹76 per share”.

“Note that my core story for the company has not changed, but its Blinkit acquisition suggests that Zomato is planning a substantial foray into the grocery delivery business (pushing up the total market size currently and in the future), albeit at the expense of a smaller slice of revenues and a smaller market share,” he added.

Zomato announced acquisition of quick-commerce startup Blinkit for INR 4,447 Cr ($568 Mn) on June 24 which was not welcomed by the investors.

Several analysts noted that though Blinkit would add value to Zomato in the long-term, the deal would weigh heavily on the share price in the short-term as adding another loss-making company to its portfolio would elongate Zomato’s path to reach profitability.

Damodaran, in his latest evaluation of Zomato shares, noted that Zomato’s median value of INR 34.12 is close to the base case value of INR 35.32. “A few more weeks like the last two will push the price below my median value, and if it does, I would buy Zomato, as part of a diversified portfolio (and not as a stand alone investment),” he noted.

Further, as per Damodaran, the substantial cash that Zomato raised in its IPO is providing it with a cash and liquidity cushion, which is good news for the stock. On the other hand, the growing size of the food delivery market in India is also a positive for Zomato.

However, the growing market competition is clear along with the rising delivery costs. The Competition Commission of India’s (CCI) probe into Zomato and Swiggy over anti-trust issues adds to the woes, Damodaran noted.

While it remains to be seen if there is more pain in store for Zomato investors, its shares ended about 4% higher at 45.65 on Thursday (July 28).

Meanwhile, brokerage Jefferies reiterated its confidence in the stock and maintained its ‘buy’ rating with a price target of INR 100.

The brokerage noted that worries of Fed tightening are weighing on a majority of the internet names globally, including the foodtech companies. Despite this, Zomato continues to trade at a significant premium to its global peers, particularly in terms of the financial ratio of enterprise value (EV)/sales and EV/Gross Merchandise Value (GMV).

Have No Control Over Prices Set By Restaurants On The Platform: Zomato