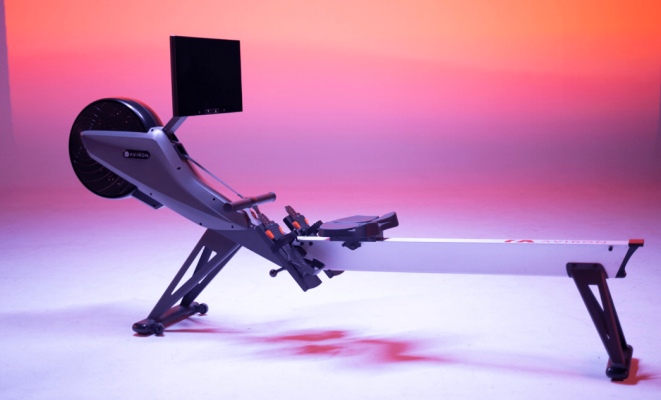 Gamification is nothing new on the exercise front, of course. It’s been a foundational element of fitness bands — and later smartwatches — essentially since the beginning. And for good reason — it’s great for motivation and engagement, whether it’s a Fitbit or a game of Beat Saber.

With Peloton pushing more aggressively into the gaming side of things with its Lanebreak offering, it seems like a safe bet that such programming is set to be a key part of home fitness content, moving forward, beyond the standard trainer courses the embattled firm helped pioneer.

Aviron, on the other hand, has been doing the game thing since before it was cool. The YC-backed firm, which pivoted from its gym machine focus to home fitness at the outset of the pandemic, has made gaming the centerpiece of its experience. In fact, the firm has eschewed the trainer model in favor of rowing game competitions.

We first noted the Toronto-based startup at the beginning of January 2021. By mid-year, it announced $4.5 million in seed funding, and today, it’s adding an $18.5 million Series A, as it looks to expand its footprint in the U.S. and hit Canadian retail stories. The round was led by Stripes and features Global Founders Capital and Formic Ventures.

It comes amid increased interest for gamified home workouts, as well as rowing machines, the latter of which Peloton was said to be working on. Of course, given the company’s recent struggles, it’s hard to know when — if ever — it will add a home rower alongside its treadmills and bikes.

The company’s got some healthy numbers to back it up, with a 2,700% y-o-y increase in paid subscribers by its count. That (and the aforementioned funding) have afforded it the opportunity to grow its headcount from two to 36. It’s still small, but a new healthy infusion of money should help it accelerate things on that front, as well. Speaking of hiring, Aviron is also using today’s news to announce that it’s added Nike/Lululemon/Burton expat Amy Curry-Staschke on as COO.

Buying and Selling Cars: How to Get Started

Peer into the eyes of Cyberdog – TechCrunch

8 trends In MADTech you shouldn’t miss