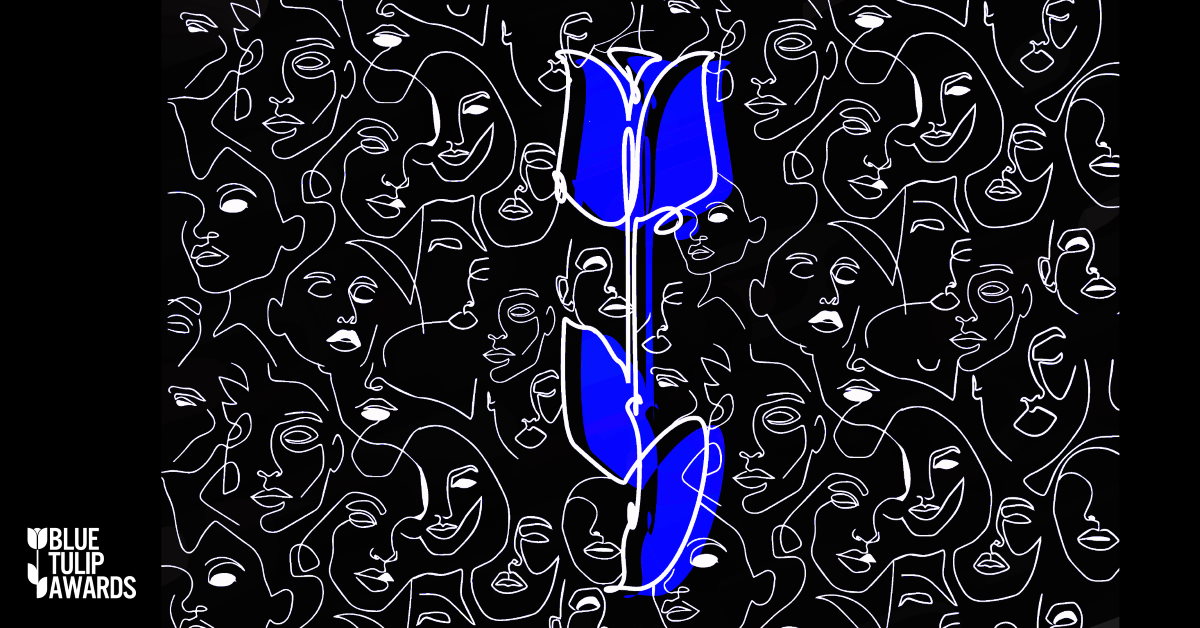 There is no innovation without equality. It’s why this year’s Blue Tulip Awards require participating innovators to build products and organisations with equality in mind. An important part of that is giving men and women the same opportunities. No matter if they work for a company or create a groundbreaking solution with their own startup.

International Women’s Day through the eyes of experts

Because today is International Women’s Day. As good a day as any to gauge how far we are from equality, and how fast we are moving towards it. Carine de Meyere as CCO of Women in Tech, Emilie Sobels, founder of The Self-Made Summit and female-focused co-working space Hashtag Workmode, Caroline Glasbergen, founder of New Female Leaders and Martijn Smit from Accenture are certain: International Women’s Day is a good reminder of the work ahead.

“It’s very simple”, says Emilie Sobels. “There is still no equality between men and women.” An often-cited number in that regard is one of the World Economic Forum. It has calculated that at this rate, it will take 99 years to bridge the worldwide gender-gap.

“Shocking”, says Sobels. “A more simple example: have you ever seen an event that really had 50 per cent men and women on stage?” According to Sobels there are too few of them. It pushed her to organise the first Self-Made Summit in 2019, a business event to help women move forward in their career. “I wanted to show there are always female experts, on any subject. They deserve a place in the spotlight.”

‘There is a problem’

Caroline Glasbergen understands the scepticism towards a special day for women. “But the fact that we discuss this particular day, indicates there is a problem.” As an entrepreneur and the founder of New Female Leaders, she has interviewed over 70 women who made their mark on their field. Ranging from startup founders to captains of industry and national politicians.

“COVID has once again made it painfully obvious that there is inequality”, says Glasbergen. “Women do more unpaid labour, there are not enough of them at the top and professional groups with a majority of women are also the ones with little prestige. So yeah, it is very much necessary, especially now. We’re fed up with it.”

Carine de Meyere does the same sombre observation. “Most jobs lost during the pandemic belonged to women. We’re set back a couple of decades, which is quite depressing after all the energy we put in.” De Meyere has indeed been spending a lot of energy during her successful career to advance the position of women in leadership positions. She’s the CCO of Women in Tech, a global organisation striving to close the gender gap and have women embrace technology.

“It’s somewhat tedious to have all these special days for every little thing”, she says about international Women’s Day. while recognizing it does help her draw attention to her cause. She also sees a bright side: “During this pandemic, women have proven to be more important. They are more empathic, and especially now a focus on mental health is important. It’s a real breakthrough to see some boardrooms in The Netherlands embrace a quotum for women. You’ll see this is going to really change companies.”

One of the companies which have implemented that quotum some time back is Accenture. Its goal for the year 2025 is clear: throughout the company they want to be represented equally by men and women. one of the people making that happen is Martijn Smit, Managing Director, Technology Lead and member of the executive leadership team Accenture the Netherlands.

“The goal is not to have 50 per cent women in the company per se,” he explains. “It’s a means to an end. The goal is to deliver maximum performance and a condition to do so is to have a diverse team.”

Smit is actively advocating for more women in the tech business. He notices that the bottlenecks of two years ago are different from the ones they face now. “Two years ago it was hard to find tech talent. That’s when I started to recruit women with the motto: ‘you don’t need to be a techie to be in technology’. We are looking for profiles with broader skills, which really helped us to attract female talent.”

What also helps is that Smit is unapologetic in his approach. If one of his departments hires two guys, he’s adamant their next two hires are women. The market for experienced consultants proves extra tricky, says Smit: “I demand from recruitment agencies that they supply us with an equal selection of candidates. If they don’t, I’ll send them back looking until they do.”

Smit says it has happened that agencies sometimes found it simply found it easier to find male candidates. But after forcing them to have a second look, they eventually found female candidates, one of which was a better fit than the others.

De Meyere sees other hopeful examples, besides Accenture. Software company Salesforce has a Chief Equality Officer to ensure equality in hiring employees. Its CEO Marc Benioff, after being confronted with gender-based pay disparities, started to make sure everyone gets paid equally.

She also mentions Adyen-founder Pieter van den Does, who made it a point of promoting female talent before they took their pregnancy leave. De Meyere: “It’s easy to throw in the towel, but this way, they gave talented women something to come back for.”

Those examples are a far cry from what happens at a majority of companies. “Women are basically being punished for having children”, says Sobels. “This registers in the salary, as well as in opportunities to climb up to higher positions.” The unpaid day job of raising children too often falls squarely on female shoulders, she argues.

“For the past 20 years, women hardly spent less time on unpaid care tasks, while men only spend 8 minutes a day more.” Sobels quotes a report by the International Labour Organization on gender equality [pdf]. “When men also take on unpaid care work, we see more women in managerial positions.”

It’s not just corporate life. Women founding their own companies also face a lot of bias. de Meyere: “Worldwide 2 per cent of the VC-money goes to female founders. For women of colour, that number is just 0,8 per cent. That is going to be a real problem for our future technology.”

There is a bias towards women in the world of VCs, noticed Glasbergen while trying to get funding for her startup FITSHE. “Many investors ask questions that come from an unconscious bias and which are very protective. They often automatically ask questions that are related to how you will minimize the loss instead of maximising the return. It’s key to turn those questions around into progressive answers and emphasise the potential and growth you see you can realize with your company.”

De Meyere: “I also advise women to be financially astute, it’s something they can always use during their career. Do a financial course, so you can read a balance sheet. It will also help to be more confident during negotiations.”

Another tip: find female mentors, as De Meyere lacked those during the early days of her career: “They were often men, with a wife at home that had never worked. They tend to advise from their perspective. I would’ve loved to learn from them how doing business is sometimes a game of politics. And that I shouldn’t take things personally.”

Facing an uphill battle when climbing to the top can be discouraging, as these women have experienced. Sobels: “People often underestimate me, it seems. I’m small and have a high pitched voice, but that doesn’t mean I’m less intelligent or experienced, now does it?”

And then there is the imposter syndrome, something 70 per cent of the people, hence also a lot of women, often struggle with at least once in their lives. The feeling they are not good enough and they don’t belong in the leadership position they are in. “I totally recognise this”, says Glasbergen. “It’s always there and sometimes it made me not do things.” She looks back on the early days of founding her startup. “I wasn’t comfortable introducing myself on social media. The fear of sharing my story prevented me from building a community in the beginning, so no one knew what I was doing before we launched.”

Glasbergen has learned to embrace the unrealistic fear that people may find out one day she’s not capable. “That fear is now a signal that I should do it, like a guide. That’s exactly where I can find something to develop myself further, it’s where my next stop is.”

It’s a similar fear that companies and employers can embrace to eradicate inequality on the work floor. “Just do it”, says Accenture’s Smit. “I’m not saying it is easy, but it is something you have to do. We’re one of the few that did it so far, and it is working really well for us. Set some KPIs and tell the outside world. If you let others know your goals, that’s when it becomes real.”

The same mentality shaped Glasbergen. “If you are in doubt, then just do it. There is a lot of risk in quitting your day job for a startup. But you don’t necessarily have to jump in the deep end. Try to arrange it in a way that you feel comfortable with.”

Sobels hopes young women also embrace a similar ‘just do it’ mentality. “A cliché? Not to me. All theories and models offer you guidance, but in the end, it starts with you. Bite into it, don’t let go.” At the same time, she urges women to help each other. “I see this in our co-working community every day. How valuable it is when women help each other out. That’s how we create role models, for young women to look up to.”

How to fundraise a Series A – TechCrunch

The Power of Sensationalism in Communications