The BMW M1000RR created quite a stir when BMW Motorrad announced its flagship track-bred machine last year. The M1000RR is the first motorcycle from BMW Motorrad to receive the “M” treatment and as you would expect, it is the go-faster version of the S 1000 RR. A homologation special, made in order to meet the FIM WSBK spec, the M1000RR is road-legal and boasts of being a lighter and more powerful variant of the S 1000 RR.

The M division has worked its magic on the S 1000 RR’s 999 cc in-line-four engine by giving it lighter pistons, connecting rods, rocker arms and valvetrain, and upping the overall output to 215 hp. The advantages? It’s 0.4 seconds quicker from 0-200 kph (and 0.2 seconds quicker from 0-100 kph). An Akrapovic titanium full system, which saves a further 3.7 kg, comes standard on the motorcycle. The rear sprocket has gone one tooth up for better acceleration, while the improved power and torque are concentrated around the 6,000-15,000 rpm mark, giving the M1000RR a significantly stronger mid-range and top-end shove than the S 1000 RR – all of which have a direct impact on the lap times. 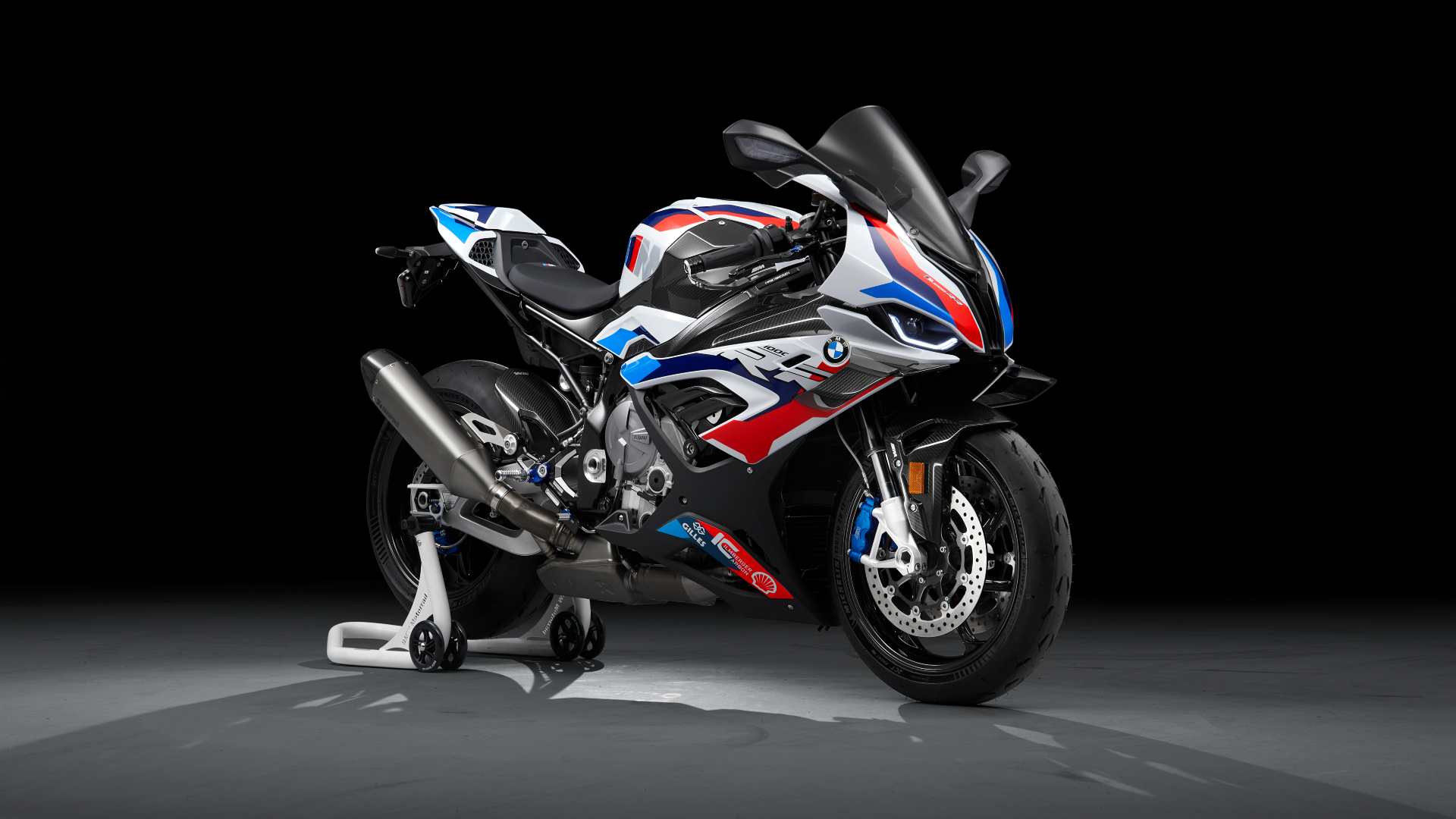 The M1000RR wears carbonfibre winglets that provide higher aerodynamic downforce (16.3 kg at 299 kph), which prevents the front wheel from lifting under hard acceleration and provides improved stability at high speeds. The motorcycle also features a taller windshield for improved aero and for allowing more room for the rider to tuck in at higher speeds. The M1000RR also gets a Race Pro ride mode, which optimises the traction control, wheelie control and engine braking for race track use. The electronics suite also includes launch control for cleaner starts off the line.

The M1000RR also employs a revised chassis derived from the S 1000 RR, which features a flatter steering head (66.4 degrees) and a longer swingarm. The result is a 16mm longer wheelbase for better stability while making the front-end sharper for corner turn-ins.

When it arrives in India (in limited numbers) in the second week of April, expect the BMW M1000RR’s price to be in the range of Rs 45-50 lakh (ex-showroom).