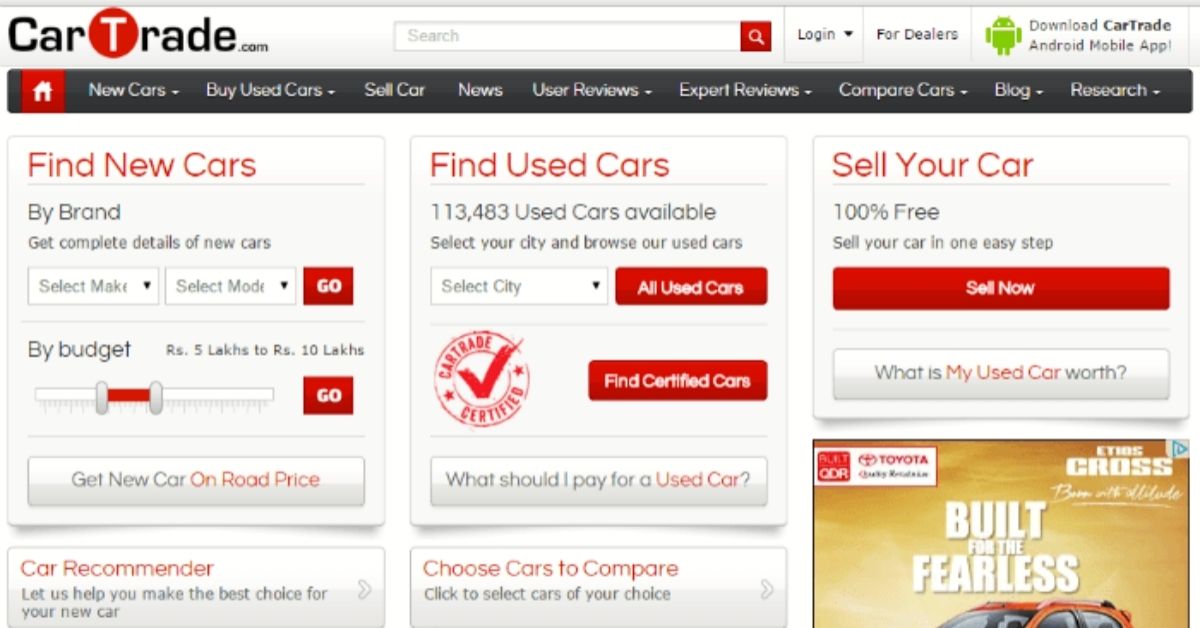 CarTrade may file its DRHP with SEBI this month

It has appointed Citi, Kotak Mahindra Capital and others as investment partners 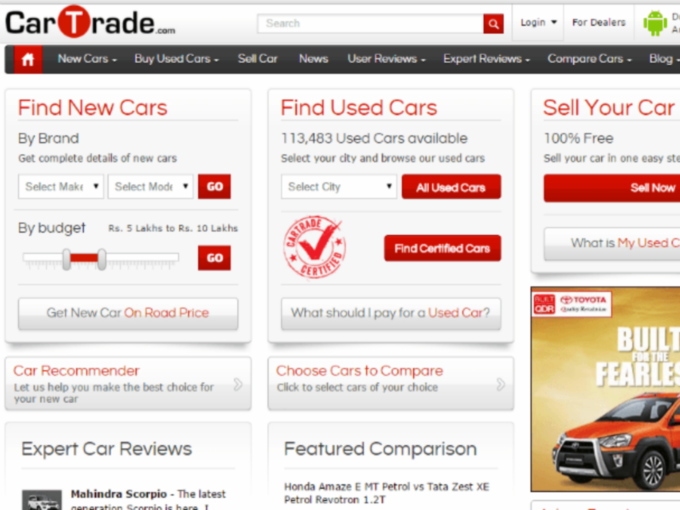 Mumbai based online auto classifieds startup CarTrade.com has converted itself from a private limited company to a public company, ahead of its planned initial public offering (IPO) scheduled for this year. The company’s registered name is now CarTrade Tech Limited.

The development comes a week after a media report suggested that CarTrade may file its red herring prospectus (DRHP) with the Securities and Exchange Board of India (SEBI) in the month of May. The IPO will be a mix of a primary and secondary share sale, and investment banks Citi, Nomura, Axis Capital and Kotak Mahindra Capital are advising the company on the IPO as per sources. The development was first reported by Entrackr.

CarTrade is an online automotive market for buyers and sellers of new and used vehicles, founded in 2009 by Vinay Sanghi. The company’s online car auction platform has a presence in over 80 Indian cities. As of last year, it claimed to be selling 1 Mn vehicles a year. More than 40 OEMs and 15,000 plus dealers work with the CarTrade Group and it has over 180 owned or franchisee stores.

Inc42 had last year picked CarTrade as a soonicorn (startup expected to enter the unicorn club soon). The company’s last funding round was a venture round worth INR 185 Cr ($24.3 Mn) last month, led by IIFL and Malabar Investment Advisors. Before the funding round, CarTrade had a valuation of $936 Mn. The company has raised $307 Mn to date, from marquee investors like Canaan Partners, Epiphany Ventures, Tiger Global Management, Warburg Pincus, Temasek Holdings and March Capital.

Startups are on track to acquire more VC-backed companies than ever in 2022. Here’s why – TechCrunch

The Complete Guide To Website Localization. (And How Proxy Providers Can Help!)

Becoming a Landlord as a Startup