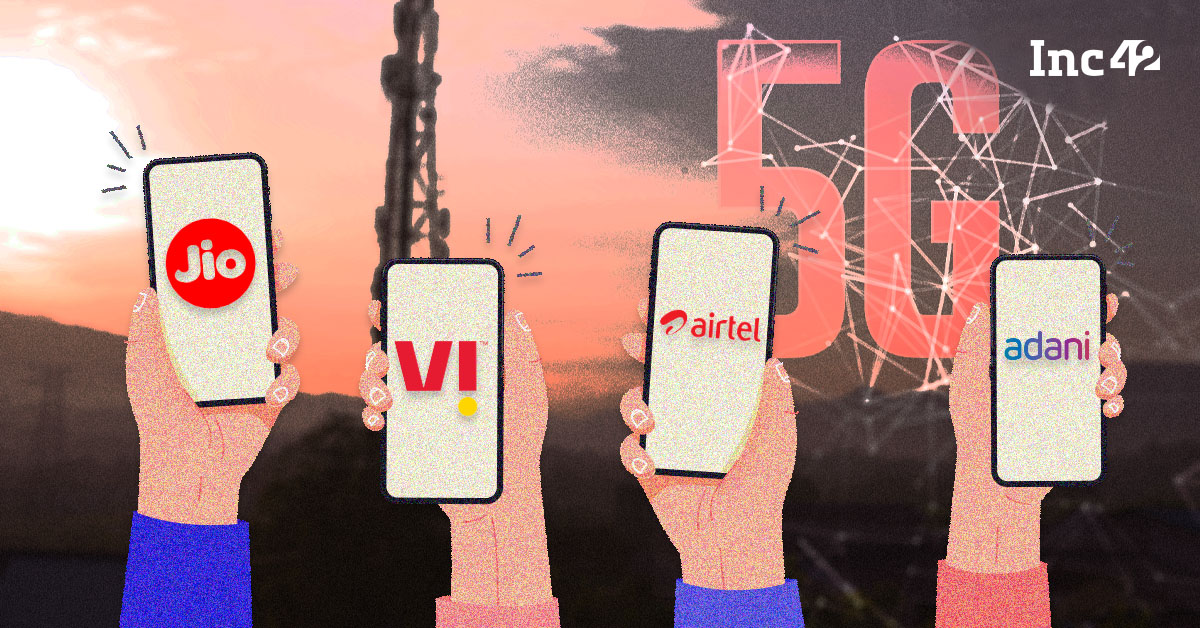 The government is selling a whopping 72,097.85 MHz spectrum worth INR 4.3 Lakh Cr across 10 spectrum bands

The government was looking to earn up to INR 1 Lakh Cr from India’s first 5G auction; the day one bids are worth 1.5X the government’s estimate

The much-awaited 5G spectrum auction finally kicked off at 10 AM on Tuesday (July 26). The government is selling a whopping 72,097.85 MHz spectrum worth INR 4.3 Lakh Cr across 10 spectrum bands.

The first day saw bids made for spectrum worth INR 1.45 Lakh Cr, according to a PTI report citing Union Minister of Communication Ashwini Vaishnaw. The government was looking to garner up to INR 1 Lakh Cr from the country’s first 5G auction. This means that on day one alone, bidding from the telcos has exceeded expectations by 1.5X.

In all, there were four rounds of bidding on the first day, with the fifth round of bidding to start tomorrow. The 5G spectrum auction is seeing participation from market leader Reliance Jio, Sunil Mittal-led Bharti Airtel, Vodafone Idea and Adani Data Networks, a subsidiary of Gautam Adani’s Adani Enterprises.

The telecom industry has “turned the tide and is now growing into a sunrise industry”, CNBC TV18 quoted Vaishnaw as saying. He added that India will see 5G networks by March next year.

The telcos bid keenly for the mid-band spectrum (3.3-3.6 GHz) and the mmWave spectrum (25-28 GHz), according to the telecom minister. The 700 MHz spectrum also attracted bids for the first time. The spectrum had gone unsold in 2015 and 2021.

It is prudent to note here that the two bands form the backbone of 5G networks across the world, with the mid-band spectrum being used for long-distance networks and mmWave used for highly dense spaces, such as metropolitan areas.

The spectrum acquired by the participants in the auction will result in the country’s first 5G networks. The fifth generation wireless, or 5G, is the latest set of telecom standards issued by the International Telecommunication Union (ITU) and developed by the 3rd Generation Partnership Project (3GPP).

Theoretically, 5G is capable of delivering network speeds several times faster than 4G and can support up to 1 Mn devices per square kilometre.

After a year of 5G trials and multiple rounds of consultations and recommendations between the government and industry stakeholders, the 5G spectrum auction was finally approved by the Cabinet in June, paving the way for another paradigm shift in the country’s telecom sector.

Under the reforms announced by the government in September last year to revive the struggling telecom sector, which saw Vodafone Idea come to the brink of bankruptcy, the requirements for spectrum acquisition have been eased for the telcos.

For instance, the spectrum will be allocated for 20 years instead of 10 years in the earlier auctions. Further, the companies will also not need to pay spectrum usage charges (SUC). The government has also removed the requirement to submit a bank guarantee (BG).

Even then, India has some of the most expensive spectra in the world. The government had set an initial price tag of INR 400 Cr per block (100 MHz of spectrum) for the 5G spectrum auction. However, the telcos fiercely opposed the move, calling for a reduction by more than half. After months of negotiations, the government decided to knock the price down by 33%.

India’s telecom sector has been struggling financially over the last few years, with an abnormally high kill rate, which resulted in only three private telcos remaining in the field.

The problem was accentuated by the entry of Reliance Jio, as it disrupted the market with very aggressive pricing. The reforms were long overdue by the time they were finalised and announced.

The recent price hikes have also allowed the telcos to improve their average revenue per user (ARPU).

Among the reforms, the government also allowed converting adjusted gross revenue (AGR) and spectrum dues to equity. That is exactly what Vodafone Idea did earlier this year after its debt reached INR 1.98 Lakh Cr, mostly in AGR and spectrum dues.

The move made the Indian government the largest stakeholder in India’s third-largest telco.

State-owned BSNL and MTNL accounted for 10.21% of the total market share.

Who Can Benefit From Mobile Phlebotomy Services?

How to Avoid Business Disaster During Stressful Times