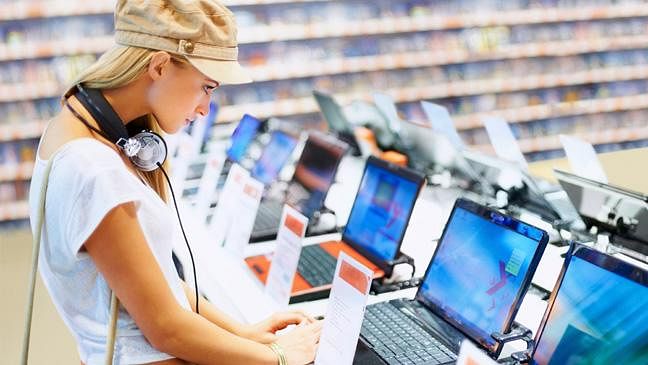 Work From Home (WFH) and virtual classes for students have resulted in increased demand for laptops in India’s Tier-II cities, so much so that it has zoomed past the demand in Tier-I cities, a report by Just Dial says.

Almost 70 percent of the total demand across India was made up of HP, Dell, and Asus.

Commenting on the trends, Prasun Kumar, CMO, Just Dial, said: “There has been a demand uptick for laptops ever since offices went into Work From Home (WFH) mode and schools shifted to virtual classes ever since the onset of the pandemic. There was a 20 percent YOY rise in demand for laptops with Tier-II towns and cities generating most of this traction.”

“This indicates a rise in digital adoption in smaller towns and cities when it comes to searching for laptops and computer peripherals. This is also a testament to the fact that even in India’s smaller towns and cities, Just Dial has become the first port of call. We have aggregated a large section of offline retailers of laptops on the platform enhancing their reach at a time when the demand has also largely shifted online.” he added.

Over 1.9 Mn Indian WhatsApp Accounts Banned In May

Demo days definitely amplify a brand, but not the one you’d think – TechCrunch

The Startup Magazine Ways That Technology Is Improving Business

The Startup Magazine Realistic Tips To Deal With Entrepreneurial Anxiety

The Startup Magazine 5 Ways to Streamline Your HVAC Business Operations