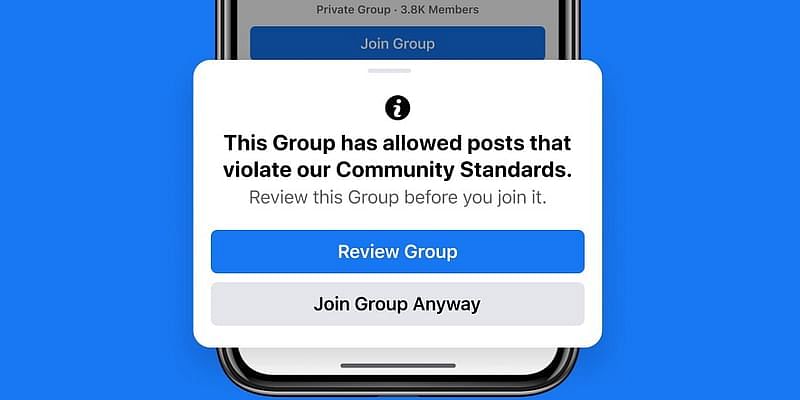 It will also take down groups who repeatedly make such offences. Besides, Facebook will also apply these rules to group members.

In a blog post, Facebook said, “For existing members, we’ll reduce the distribution of that group’s content so that it’s shown lower in News Feed. We think these measures, as a whole, along with demoting groups in recommendations, will make it harder to discover and engage with groups that break our rules.”

If a group has a substantial number of members who have violated Facebook’s policies or were part of other groups that were removed for breaking its rules, it will require admins and moderators to temporarily approve all posts, it said.

Facebook will inform users when they want to join such groups about community violations so they can make a more informed decision before joining.

Besides, when someone has made repeated violations in groups, Facebook will block them from posting or commenting for some time in any group.

Such group members will not be able to invite others to any groups. In fact, they will be restricted from the ability to create new groups. Facebook adds that these measures will help slow down the reach of those looking to the platform for harmful purposes.

Startups Are The DNA of India’s Future: Minister Piyush Goyal

When raising at a 40x multiple makes sense – TechCrunch