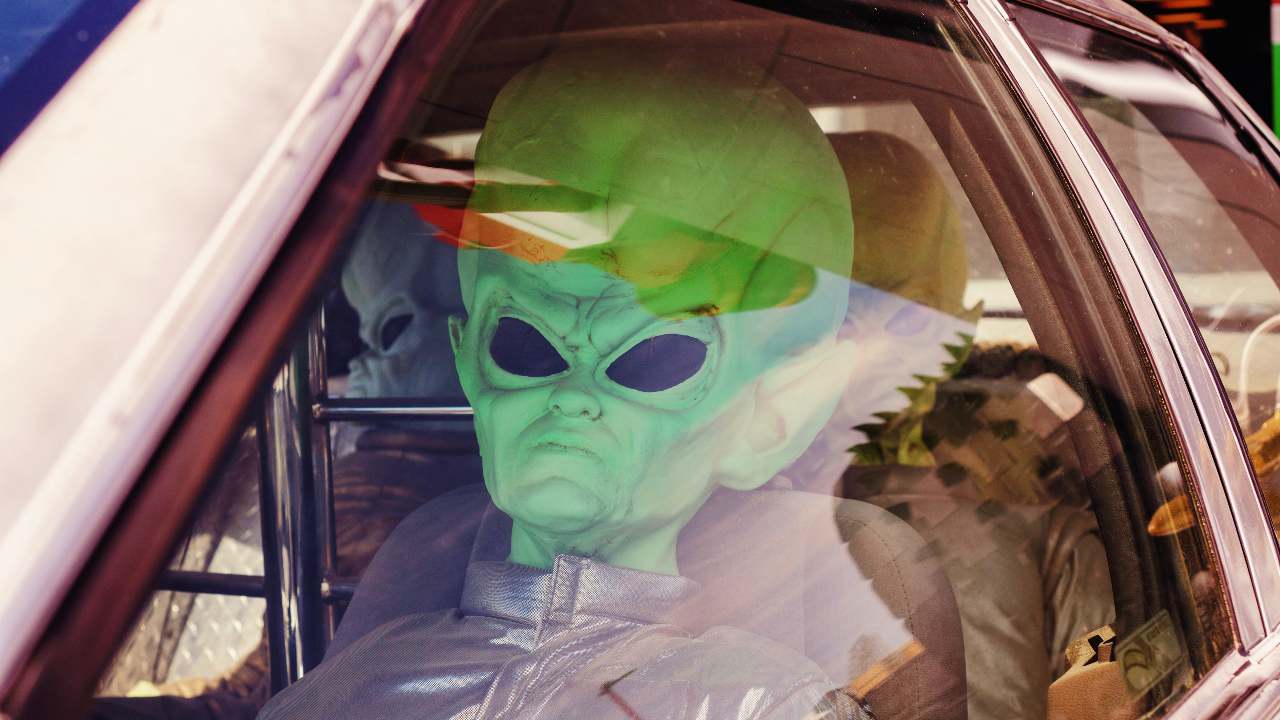 A recent study claims to have found evidence for mushroom-like life forms on the surface of Mars. As it happens, these particular features are well known and were discovered by cameras aboard Nasa’s Mars Exploration Rover Opportunity, shortly after it landed in 2004.

They are not, in fact, living organisms at all, but “haematite concretions” – small sphere-shaped pieces of the mineral haematite, and their exact origin is still debated by scientists. Haematite is a compound of iron and oxygen and is commercially important on Earth. The spherical rocks on Mars may have been created by the gradual accumulation of the material in slowly evaporating liquid water environments. They could also have been produced by volcanic activity. 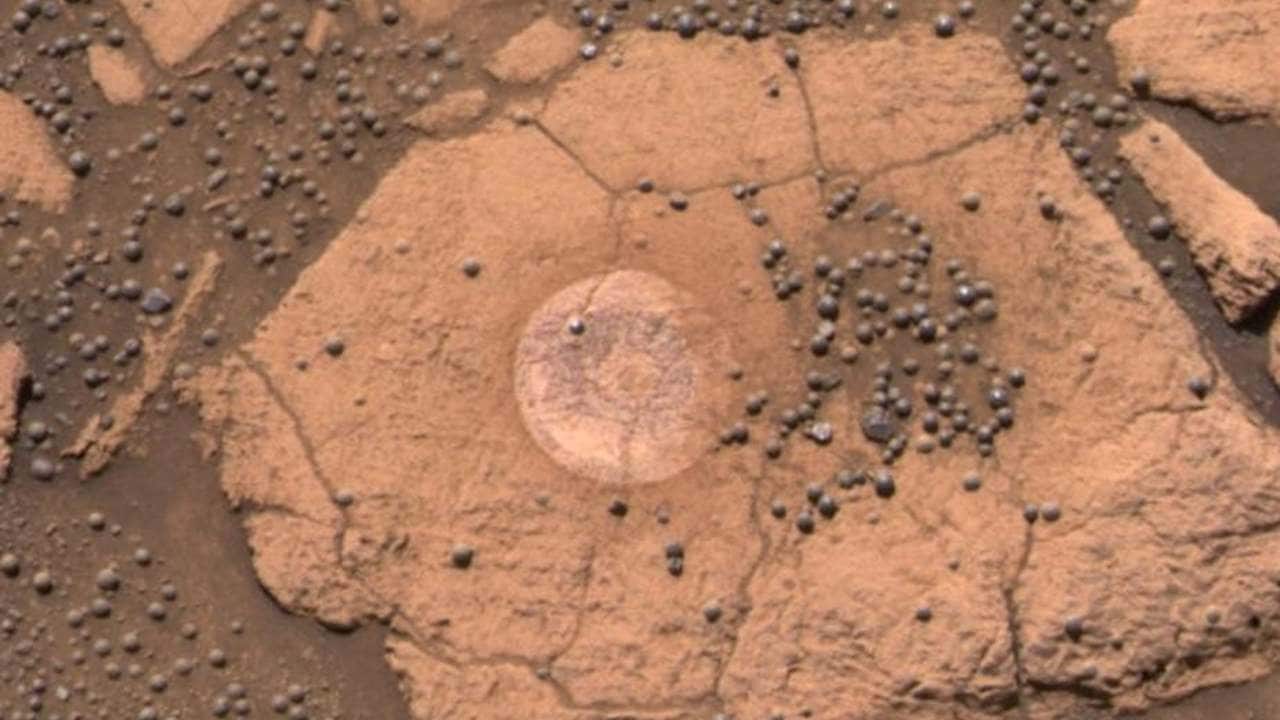 Either way, mushrooms they are not. The area around Opportunity’s landing site is littered with them – they can be seen all over the surface and were also found buried beneath the soil and even embedded within rocks.

These space “mushrooms” were not the first claim of alien life. On 7 August 1996, the then US president Bill Clinton stood on the White House lawn and announced the possibility that scientists had discovered the ancient, fossilised remains of micro-organisms in a meteorite that had been recovered from Antarctica in 1984. The meteorite, ALH 84001, is one of a handful of rocks we have from Mars. These were blasted off the surface of the planet by volcanic eruptions or meteorite impacts, drifted through space probably for millions of years, before ending up on Earth.

The tiny structures discovered within, using powerful microscopes, resemble microscopic worm-like organisms and are likely to be billions of years old. Debate over the true origins of these structures continues today – many scientists have pointed out that well known inorganic processes are quite capable of producing structures which resemble living organisms. In other words, simply because something might look a bit like life (mushrooms or otherwise), that does not mean it is.

In the 1970s Nasa’s Viking robotic landers carried a series of experiments designed to test the Martian soil for the presence of microorganisms.

The experiments chemically treated small samples of Martian soil in reaction chambers on board the landers. In one of them, nutrients containing radioactive carbon-14 were added to the soil samples. In theory, this should be absorbed by any growing and multiplying microbes. The carbon-14 would then increasingly be “breathed out” over time, showing a steady increase in concentration within the reaction chamber.

After the chemical analyses, each soil sample was steadily heated to hundreds of degrees to destroy any microbes, with the intention of seeing whether any such reactions in the soil ceased. Intriguingly, this particular experiment did show a steady increase in carbon-14 over time which was indeed terminated after heating to above the boiling point of water. Several inorganic chemical reactions have been proposed as an explanation. These results therefore remain inconclusive and are still debated today.

More recently, minute quantities of methane have been found in the Martian atmosphere. This is also intriguing as living organisms on Earth are known to release methane. Once again, however, it must be stressed that this not conclusive proof of life. Methane can also be produced by several inorganic processes, including by heated rocks.

In 1977, the Big Ear radio telescope in the US detected an unusual radio signal while scanning the sky. The signal lasted for just a couple of minutes, was very high powered and was detected over a narrow range of frequencies. These factors make it quite difficult to envisage a natural cause, as most natural radio sources can be detected across a wide range of frequencies.

The exact signal has not been detected again since, despite frequent radio surveys of the same part of the sky. The signal was so remarkable at the time that the astronomer on duty, Jerry Ehman, circled the print out of the signal with red pen and wrote “Wow!” next to it.

Various explanations have been proposed over the years including, recently, that the signal was generated by a passing comet, or transmissions from an Earth-orbiting satellite. The exact origin of the Wow! signal is still not fully agreed upon today, and remains an intriguing mystery.

A key tool of planet hunting is the dimming method – observing light from a star to see if it periodically dips in a regular fashion as an orbiting planet passes in front of it. In 2015, professional astronomers working with citizen scientists from the Planet Hunters project announced the discovery of a nearby star displaying unusually strong and consistent dimming over time.

Tabby’s Star is named after astronomer Tabitha Boyajian who was lead author on the paper announcing the discovery. Data from the Kepler Space Telescope showed not just a regular dimming, as one might expect from a planetary orbit, but highly irregular dips in the light and, interestingly, a consistent decrease in light output over several years. This highly unusual behaviour prompted numerous theories to explain the observations, including cometary dust or debris from a massive impact gradually spreading out to cover the face of the star. Some also speculated that these were signatures of an advanced alien species building a structure around the star. But further observations have found no corroborating evidence to support this possibility. For example, radio telescopes have failed to detect any unusual radio emissions from the star. Today, the scientists behind the discovery believe that the unusual dips in light are caused by clouds of cosmic dust passing across the face of the star.

As exciting as they are, it is important to treat claims of alien life with a healthy dose of scepticism, and this is indeed what scientists do. No conclusive evidence that extraterrestrial life exists has been found … yet.

Dizo is expected to launch a new smartwatch with 1.69-inch display this month- Technology News, FP

iQOO 10 Pro rumoured to come with a 200W fast charging system, to be the fastest charging phone ever- Technology News, FP