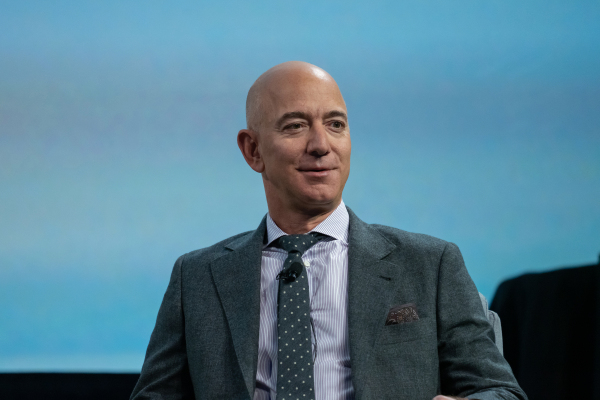 The $10 billion Bezos Earth Fund has a new chief executive and it’s Andrew Steer, the former head of the World Resources Institute — an organization that Bezos described as “working to alleviate poverty while protecting the natural world.”

As the head of the fund, Steer will be responsible for spending that money down by the end of 2030, according to a tweet from none other than Steer himself.

I am deeply honored to have been invited by @JeffBezos to become the first President and CEO of the $10B Earth Fund. It will address climate, nature and environmental justice. Jeff’s goal is to spend it down between now and 2030, the date by which the SDGs must be achieved. [2/5]

With a $100 million award from the first rounds of grants the Bezos Fund issued in November, the World Resources Institute was one of the largest recipients of Bezos’ largesse. Other big recipients from the first block of grants included the Environmental defense Fund, The Natural Resources Defense Council, The Nature Conservancy and The World Wildlife Fund.

“I feel incredibly fortunate to join the Bezos Earth Fund as its CEO, where I will focus on driving systemic change to address the climate and nature crises, with a focus on people. Too many of the most creative initiatives suffer for a lack of finance, risk management or the right partnerships. This is where the Earth Fund will be helpful,” Steer said in a statement issued by the WRI.

While at the WRI, Steer oversaw its international expansion from an advocacy organization centered primarily in Washington to a global organization with offices in Indonesia, the UK and Colombia along with hubs in Ethiopia and the Netherlands. Steer also expanded the offices in Brazil, China, India, Indonesia and Mexico.

His tenure also involved creating coalitions and initiatives that changed the understanding around the economics of climate change, including the launch of a $10 million annual initiative to support the implementation of climate plans by 100 countries, according to a statement from the WRI.

“The $10 billion Bezos Earth Fund has the potential to be a transformative force for good at this decisive point in history. Andrew’s global reputation, deep technical knowledge and experience, and commitment to social justice make him a perfect leader for the fund,” said Christiana Figueres, co-founder of Global Optimism and former Executive Security of the UNFCCC.

Here are the eight space tourism options that will give you a taste for the unknown- Technology News, FP