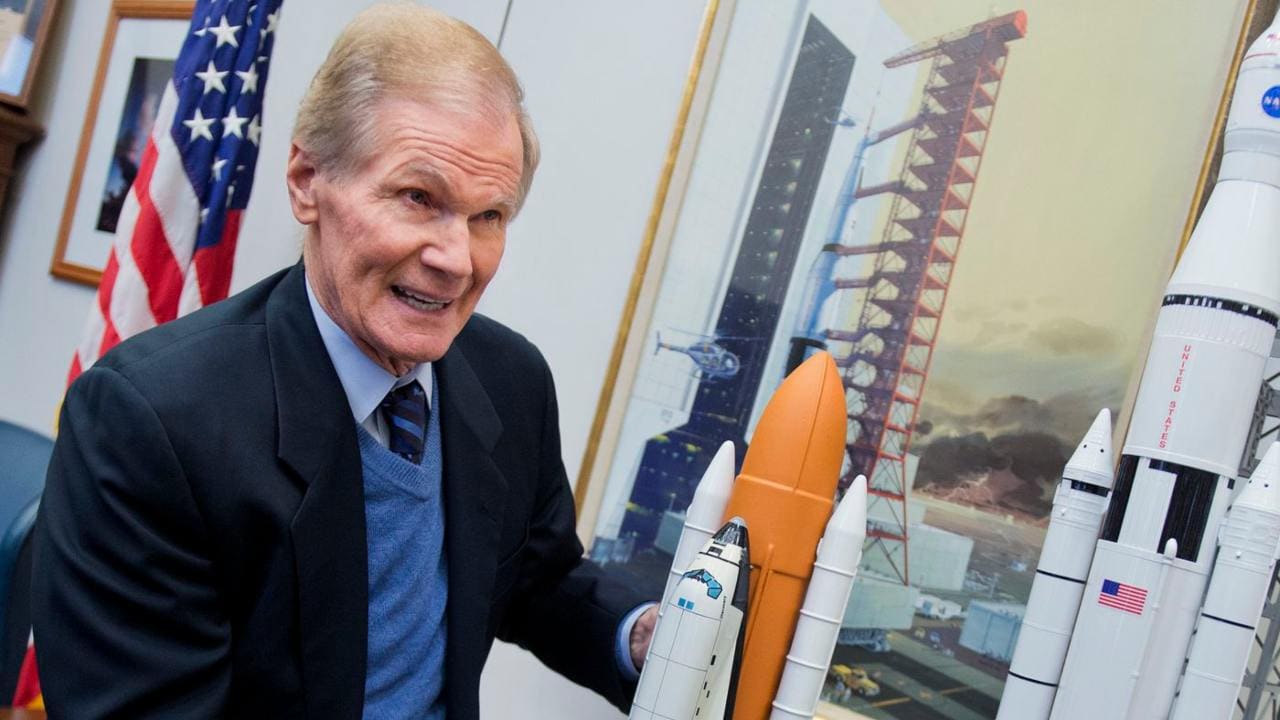 President Joe Biden has chosen a former senator from Florida who flew on the space shuttle right before the Challenger accident to lead NASA. Biden on Friday announced his intent to nominate Bill Nelson as the space agency’s administrator. If confirmed by the Senate, Nelson will become NASA’s 14th administrator, succeeding another former member of Congress, Jim Bridenstine, a Republican from Oklahoma. Nelson currently serves on the NASA Advisory Council. Nelson promised, if confirmed, to “help lead NASA into an exciting future of possibilities.” The space agency is working to send astronauts back to the moon this decade and counting more than ever on private US companies and even other countries to get that job — and others — done.

“Its workforce radiates optimism, ingenuity and a can-do spirit,” Nelson said in a statement. “The NASA team continues to achieve the seemingly impossible as we venture into the cosmos.”

Nelson, 78, grew up near Cape Canaveral and was serving as a Democratic congressman when he launched aboard space shuttle Columbia on Jan. 12, 1986. His commander was Charles Bolden Jr., who later served as NASA administrator under President Barack Obama — at Nelson’s urging.

Just 10 days after their flight ended, Challenger was destroyed shortly after liftoff and all seven astronauts were killed.

Nelson, who has a law degree and is a former captain in the U.S. Army Reserve, served six terms in the U.S. House of Representatives from 1979 to 1991. He was elected in 2000 to the Senate, where he served until his defeat in 2018 by former Florida Gov. Rick Scott.

In 2017, Nelson criticized Bridenstine’s nomination by President Donald Trump, saying the leader of NASA shouldn’t be political but rather nonpartisan.

In a statement, Bridenstine said Nelson has the political clout to deal with both the White House and Congress, and the diplomatic skills to lead an international effort to send astronauts back to the moon and on to Mars. He also has “the influence to deliver strong budgets for NASA.”

Members of Congress already are voicing support for Nelson.

“There has been no greater champion, not just for Florida’s space industry, but for the space program as a whole than Bill,” Sen. Marco Rubio, R-Florida, said in a statement. “His nomination gives me confidence that the Biden administration finally understands the importance of the Artemis (moon landing) program, and the necessity of winning the 21st century space race.”

This is a critical time for NASA as momentum accelerates in the commercial space program.

SpaceX is about to launch its third flight of astronauts to the International Space Station for NASA; Boeing is expected to begin making crew deliveries later this year. Space station supply runs, meanwhile, have been handled by private companies under contract to NASA for nearly a decade.

At the same time, NASA is teaming up with private companies to launch experiments and equipment to the moon, and also lunar landers that would deliver astronauts to the surface. Just Thursday, NASA conducted a successful test firing of the core stage of its SLS moon rocket — the Space Launch System.

The new moonshot program is named Artemis after the twin sister of Apollo, and intends to include a woman on its first moon landing.

Some space observers had hoped to see the first woman at NASA’s helm.

“It’s time for a female administrator. Plenty of qualified candidates,” retired space shuttle director and program manager Wayne Hale tweeted earlier this month. He is also a member of the NASA Advisory Council.

One of the few women to have served as NASA’s deputy administrator, Lori Garver, noted in a tweet Thursday: “The good-ole-boy network is strong.” She’s rooting for former space shuttle commander Pam Melroy for the No. 2 spot.

A solid performer which shows why Intel’s hybrid architecture is the future- Technology News, FP