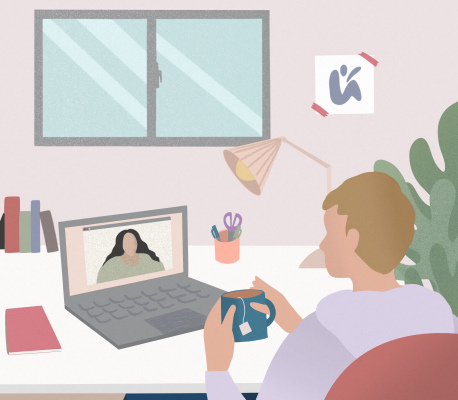 The war for talent in the tech world can be brutal — and so, it turns out, can the war between platforms that help companies source it. In the latest developement, Toptal — a marketplace for filling engineering and other tech roles with freelance, remote workers — has filed a lawsuit against direct competitor Andela and several of its employees, alleging the theft of trade secrets in pursuit of “a perfect clone of its business”, according to the complaint. All of the Andela employees previously worked at Toptal.

Toptal’s lawsuit, filed in the Supreme Court of the State of New York and embedded below, alleges that the employees reneged on confidentiality, non-solicitation and non-compete agreements with Toptal. Toptal also alleges interference with contract, unfair competition and misappropriation of trade secrets.

While both Toptal and Andela have built businesses around the idea of remote freelancers filling tech jobs — a concept that has increased in profile and acceptance as people shifted to remote work during the pandemic — the pair only emerged as very direct competitors in the last year or so.

Toptal was co-founded by CEO Taso Du Val in 2010, and since then it has grown to become one of the world’s most popular on-demand talent networks. The company matches skilled tech personnel like engineers, software developers, designers, finance experts and product managers to clients across the globe. According to company data, it currently serves over 1,000 clients in more than 10 countries.

Andela, on the other hand, only recently turned to using a similar approach. Founded in 2014 in Lagos, Andela’s original business model was based on building physical hubs to source, vet, train and house talent across the continent. It did this in Kenya, Nigeria, Rwanda and Uganda.

However, Andela struggled with scaling and operating that business model, and in 2019 it laid off 400 developers. Early last year as the pandemic took hold, it laid off a further 135 employees. However this time around it did so with a strategy pivot in mind: after testing satellite models in Egypt and Ghana, the talent company decided to go forego physical hubs completely and go remote, first across Africa in 2020 and globally this year.

“We thought, ‘What if we accelerated [the African remote network] and just enabled applicants from anywhere?’ Because it was always the plan to become a global company. That was clear, but the timing was the question,” Andela CEO Jeremy Johnson told TC in April.

Yet Toptal believes Andela’s choice to scrap its hubs and source remote talent from everywhere was specifically to replicate Toptal’s business model — and success.

“Until recently, Andela operated an outsourcing operation focused on in-person, on-site hubs in Africa,” Toptal notes in the complaint. “Over the course of the past year, Andela has moved away from its prior focus on in-person hubs situated in Africa and is engaging in a barely disguised attempt to become a clone of Toptal.”

Toptal claims that for Andela to pull off a “perfect clone of its business,” it poached key Toptal employees to exploit their knowledge, and that the ex-employees knowingly breached their confidentiality and non-solicitation obligations to Toptal.

Companies often try to uncover each other’s trade secrets by poaching, and many blatantly copy a competitor and do so without repercussions. On top of this, these two are hardly the only two places to for tech talent to connect with remote freelance job opportunities. Others include Fiverr, Malt, Freelancer.com, LinkedIn, Turing, Upwork and many more.

In a global economy with an estimated 1 billion so-called knowledge workers, and with freelancers accounting for some 35% of the world’s workforce, it’s a pretty gigantic market, which you could alternately look at as a major opportunity, but also a ripe field for many players with multiple permutations of the marketplace concept.

So why is Toptal crying foul play? The company says its ex-employees have not only revealed Toptal’s trade secrets and confidential information to compete unfairly but are also poaching additional Toptal personnel, clients and the talent that Toptal matches and sources to clients.

While some of the allegations focus on the expertise of the employees, one of the trade secret allegations more directly references Toptal’s technology.

Toptal claims Machi tapped into her extensive knowledge of Toptal’s “proprietary software platform” and used that to help transform Andela “from a group of outsourcing hubs situated in various African locations into a fully remote, global company like Toptal.”

Asked to comment on the suit, Johnson at Andela said he believes Toptal is suing Andela for being competitive.

“With regards to the situation overall, I can say that frivolous lawsuits are the price of doing anything that matters,” he told TC in an email. “And this is the kind of baseless bullying and fear tactics that make employees want to leave in the first place. We will defend ourselves and our colleagues vigorously.”

Toptal has an unconventional story for a company that started only a decade ago. It is one of the few companies in the Valley that doesn’t issue stock options to its investors or employees. Even Du Val’s co-founder, Breanden Beneschott, was ousted from the company without any shares, according to an article from The Information.

How did it pull this off? In 2012, Toptal raised a $1.4 million seed via convertible notes and investors were entitled to 15% of the company, according to The Information article.

But there was one condition: Toptal had to raise more money.

However, the company hasn’t needed to secure additional capital because of its profitability and growing revenue ($200 million annually as of 2018, per The Information). So investors are stuck in limbo — as are employees who joined hoping that the company would raise money down the line so their stock options would convert.

The Information story strikes a distinct note of resentment, noting that some employees felt “tricked out of stock in a company that Du Val has said publicly is worth more than $1 billion.”

Given that situation, TC asked Du Val if he thought it played any role in employee departures, and ex-employee relations.

“The issuance of stock options does not excuse theft of trade secrets,” he replied. “Also, there are more than 800 full-time people at Toptal [but] the complaint names seven individual defendants.”

The full complaint is embedded below.