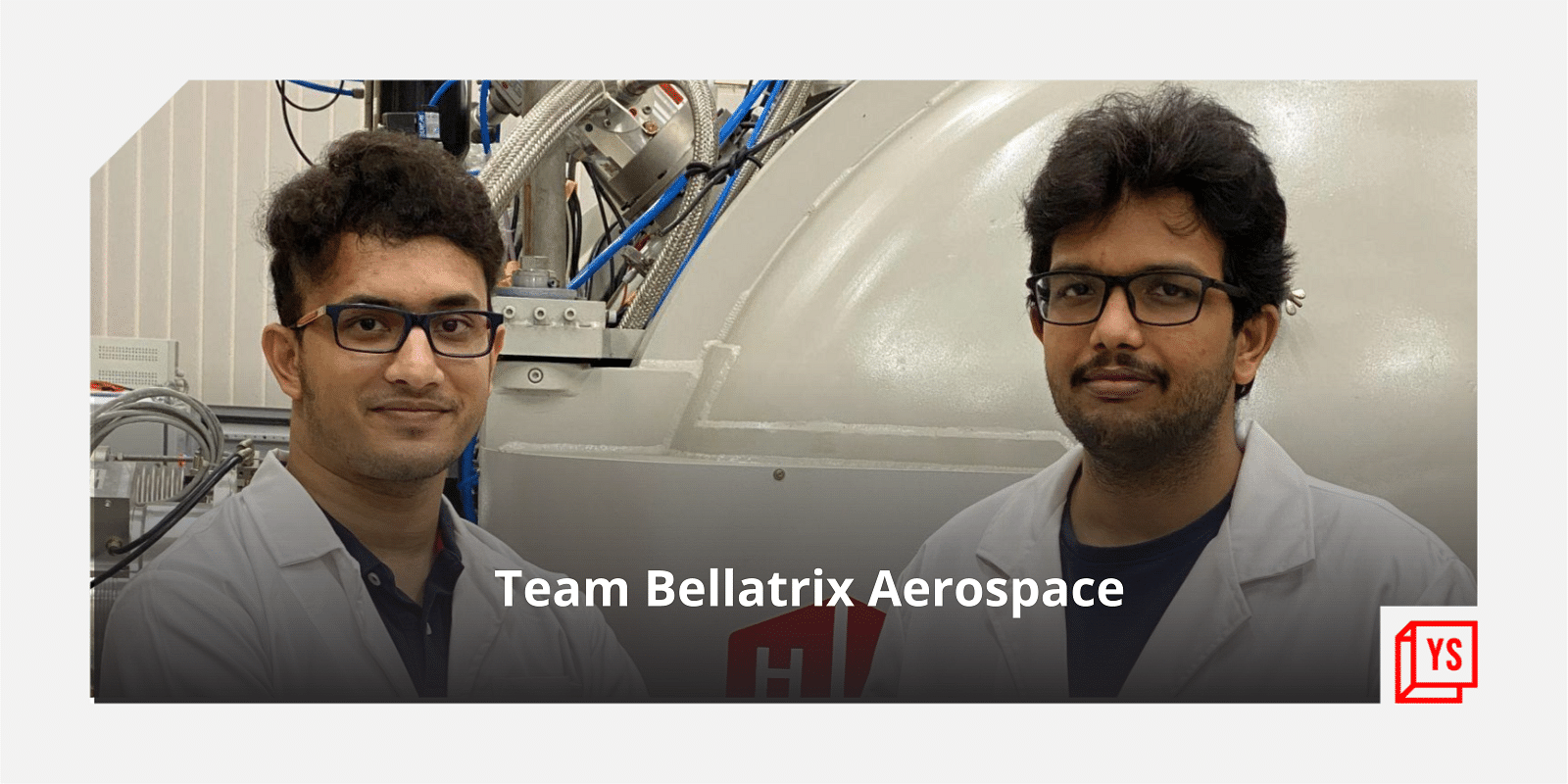 ﻿Bellatrix Aerospace﻿ on Wednesday said it is raising $8 million in a Series A round led by BASF Venture Capital GmbH, the corporate venture company of BASF SE and Inflexor Ventures LLP, an early stage deeptech/IP focused VC Fund.

The company aims to utilise the funds for the development and testing of its four thruster modules and go to market by the end of the year with its technology. The funds will also be used towards the company’s evolution into a full-fledged space transportation technology company with its unique Orbital Transfer Vehicle with capabilities to deploy customer satellites to their orbits quickly as well as perform missions to the geostationary orbit (GEO) and beyond.

Bellatrix has bagged contracts from the ﻿Indian Space Research Organisation﻿ and other undisclosed customers. The space qualification testing is expected to be completed in the coming months.

The team of Bellatrix Aerospace at work at IISc.

The startup had developed the world’s first commercial Microwave Plasma Thruster, which used water as fuel and received an order from the Indian Space Research Organisation (ISRO). It also has India’s first High-Performance Green Propulsion system, which uses a proprietary high-performance fuel and catalyst that the company claims to be eco-friendly and easier to handle than conventionally used fuels for satellite propulsion systems.

“We are elated to onboard new investors on our journey to become a key player in the global space-technology industry. pre-Series-A funding helped us successfully complete the development of numerous critical technologies in-house. With this investment, we will be expanding our product portfolio, adding to our existing talent pool to broaden our expertise, augment our state-of-the-art infrastructure and focus on validation of our products in space.”

“Inflexor has always taken a keen interest in technological advancements affecting the space sector, and this is evident from our investment in Bellatrix from our first fund, right from their seed round. We see the space industry is growing exponentially, and Bellatrix’s products will play a major part in democratising access to the space industry with their cost-effective and power-efficient thruster systems, ideal for small satellite manufacturers,” said Venkat Vallabhaneni, Managing Partner, Inflexor Ventures.

“The technologies being developed for use in space have the potential to offer many opportunities for the chemical industry, for example in new materials and for innovative application cases of chemistry on earth and in orbit. In India in particular, this industry is currently experiencing an unprecedented upturn,” explains Markus Solibieda, Managing Director of BASF Venture Capital GmbH. “It is BVC’s task to invest in young companies with disruptive technologies. We are pleased to be able to support Bellatrix, an up-and-coming company with promising technologies for the space industry, and look forward to exploring opportunities for collaboration”, adds Markus.

South Delhi’s Ayaan is not the only one who wants an iPad; Sheikh, who lives in a Karnataka village, wants one too

How the Pataa App found the trust of 2.5 million+ Indians to personalize and share their addresses

What is Good Engagement Rate?

How startups can revolutionise education with emerging tech and gamification

How to Create B2B Videos That Stand Out