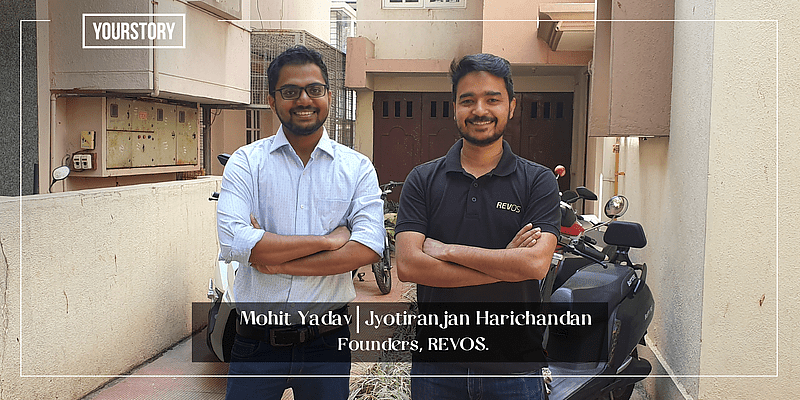 Union Square Ventures and Prime Venture Partners have jointly backed EV infrastructure startup ﻿REVOS﻿ with a Series A investment of $4 million to fund the wide expansion of its peer-to-peer EV charging network and Smart EV platform for two- and three-wheelers.

The startup will use the fresh funds to deploy EV chargers across India, and further strengthen its technology team.

Over the next three years, the startup plans to expand its charging network to one million chargers in 500 cities across India and other emerging markets, and to power several million two- and three-wheeler EVs. The startup will also hire aggressively across all business functions in the next few months.

Why invest now in an EV startup?

Speaking of why they chose to invest in the startup now, Sanjay Swamy, Managing Partner of Prime Ventures, tells YourStory,

“EV is at the cusp of the early-adopter phase in India – and we all know that the real opportunity will be in electric two-wheelers. As with our experience with mobile recharge and digital payments, these are two-sided problems wherein vehicles justify the presence of charging stations and conversely, charging stations justify buying vehicles. We’re starting to see a lot of government subsidies and push from OEM’s to manufacture vehicles – hence, feel we are at the start of something big.”

Founded in 2017 by Jyotiranjan (Jyoti) Harichandan and Mohit Yadav, REVOS stands for Revolutionary EV Operating Stack. It is an AI-integrated IoT platform that aims to make EVs smart, safe, and connected.

“Globally, we are at the beginning of a massive transition to EVs. It is crucial for rapidly growing economies such as India, China and Africa to dramatically accelerate EV adoption. To make this possible, two enabling technologies are required: an operating system (OS) and a charging network. We are excited to announce our investment in REVOS, which already has multiple OEMs licensing their OS, and their BOLT charging network is expanding rapidly. REVOS marks USV’s first investment in India and we are thrilled to partner with Prime Venture Partners in this new journey.”

What does it do?

The startup aims to be an ‘Android for EVs’; it allows EV manufacturers to build smart mobility features on top of the software developed by REVOS. Since its launch in 2019, REVOS has been deployed on 10,000 devices (EVs + chargers) in 30 OEMs across India, China, Vietnam, Nepal, and Egypt. The company is planning to launch soon in Europe and other parts of South East Asia.

Jyoti and Mohit were batchmates at BITS Goa and have known each other for more than 13 years. “Both of us were into riding bikes after college and often used to go on bike trips together. During these trips, we experienced the problems faced by any two- or three-wheeler rider – things such as painful traffic, pollution and the inability to access navigation/calls/music on the go,” adds Mohit.

In 2017, Mohit quit his job at Adobe and Jyoti left a food delivery company to start thinking of a smarter, cleaner, and greener way to use their vehicles.

After quick research on two- and three-wheelers, the duo realised that China was way ahead of the world when it came to EV adoption. The market there was different from what we see right now in the traditional automotive industry.

“We found that more than 3,000 OEMs were manufacturing Evs, and the market was evolving like smartphones i.e. it had many hardware players and assemblers but no standard OS. Tesla had also announced their Model 3 in 2017 and EVs were starting to become a reality. Looking at Tesla’s offerings and EVs in general, it was clear that software was going to be one of the key differentiating factors when it came to EVs,” adds Mohit.

They realised there was little to no innovation in two- or three-wheelers as compared to cars. Basic features such as navigation, phone-based control, and music were virtually non-existent in micro-mobility.

They also observed that all the advances related to vehicle software were happening in developed countries where two- and three-wheelers are not the workhorse. So, if innovation had to happen in this sector, it would have to be led by companies/people of emerging markets.

“It was then that we decided to make something that would dramatically improve the riding experience for these millions of riders. We believe that any technology is successful when it helps the masses. Android was a perfect example for us, where an open platform which democratised the technology led to widespread adoption of smartphones in emerging markets,” he adds.

It took the team two years to build the OS after multiple visits to China, as the country is still the market leader when it comes to producing EVs. The team developed working relationships with major Chinese manufacturers to integrate their protocols with the OS.

“Similar efforts have been made for Indian manufacturers now that we’re looking to ‘Make in India’. This massive integration exercise gives us a great head start, and quite simply put, almost all components (by different manufacturers) that go into an EV can now be integrated with minimal effort,” says Mohit.

The team launched their OS product in January 2020 and have installed these in over 1,000 vehicles globally. The team adds their P2P charging network is growing even faster, with thousands of chargers in over 60 cities across the country.

“COVID-19 had impacted our software deployment in EVs, however, we’ve bounced back stronger with a peer-to-peer charging network added to the mix,” Mohit adds.

Today, the EV Market in India is fast growing. Ola Electric is ready to manufacture its first batch of two million electric vehicle (EV) scooters by the end of 2021 and spearhead India’s green revolution. There also is competition in terms of Ather Electric.

“REVOS has developed some amazing solutions – an ultra-low-cost peer-to-peer charging network that resembles the mobile recharge network, and a very powerful operating system for electric two-wheelers that is licensed to OEMs. The combination of these two products coupled with their OEM partnerships and strong IP made us back this team and company,” says Sanjay.

What will it take to boost women’s representation in tech? Here’s what leaders had to say at Future of Work 2022

The rise of Priti International

This startup is helping 10,000+ D2C and F&B brands up their digital game