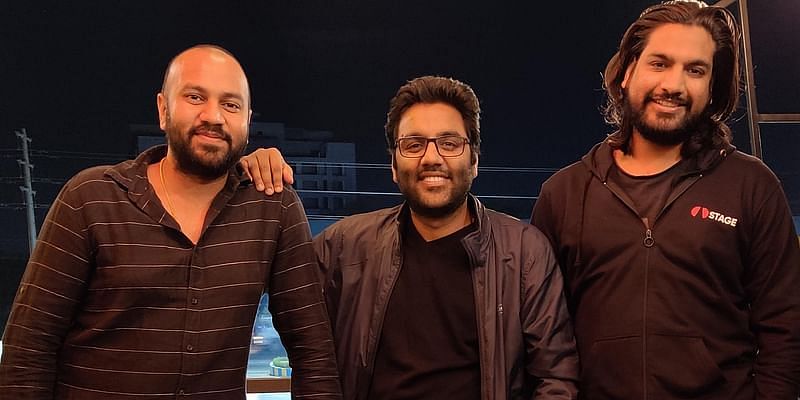 Delhi-based OTT platform STAGE on Friday announced that it has raised Rs 3.5 crore in an angel round, led by Inflection Point Ventures. Paytm’s Vijay Shekhar Sharma, along with other investors Sprout Investments Fund and Giri Malpani (Malpani Ventures) also participated in the round.

According to the official statement, the startup plans to use the funds for building a stronger content library and launching subscription service of their platform.

The startup claims to be the first of its kind, artist-led and dialect-based OTT platform that offers sensible and premium content through stand-up art forms such as poetry, comedy, storytelling, folk, and many more.

With over 1.5 million downloads in Haryana alone, it is now available in Rajasthani dialect too. The startup plans to launch new dialects such as Bhojpuri, Maithili, and Magadhi in 2021. It further aims to reach about 500 million users in the next five years.

“We found the right partner in IPV as their turnaround time, founder friendly processes helped us in closing the round quickly. IPV actively leerages its investor network strength to help its portfolio companies. They are aligned with us on our vision to build the most hyperlocal vernacular OTT platform ever built for Bharat.”

He added, “We believe that languages are just an urban concept in our country; the moment we move beyond the urban settlements, everyone speaks a dialect. The great thing is most of these dialects are as big as some of the European languages. It is not just a great business opportunity to create quality content in these dialects, but it is absolutely necessary to preserve the unique diversity and culture of our country for the next generation.”

“India is made of micro countries, with markets that are different from each other. While the Hindi/English language dominated OTT platforms have changed the decades-old entertainment rules, we believe vernacular OTT platforms will be the next wave, considering we have large regional media consumption in the country. Tamil, Telugu, Marathi, and Bengali are some of the biggest regional content churning industries with much higher viewer engagement statistics.”

“STAGE is the first and the only dialect-based OTT platform in India. With over 1.5 million downloads in Haryana alone, the platform is all set to build the most hyper-local content company ever built in the world. Focusing on the diversity of the country, STAGE is gradually taking up different regions and increasing its penetration. Its uniqueness in the idea and a great founding team helped IPV decide to fund the startup,” he added.

How WealthDesk’s Unified Wealth Interface can become a game changer for the asset, wealth and broking ecosystem