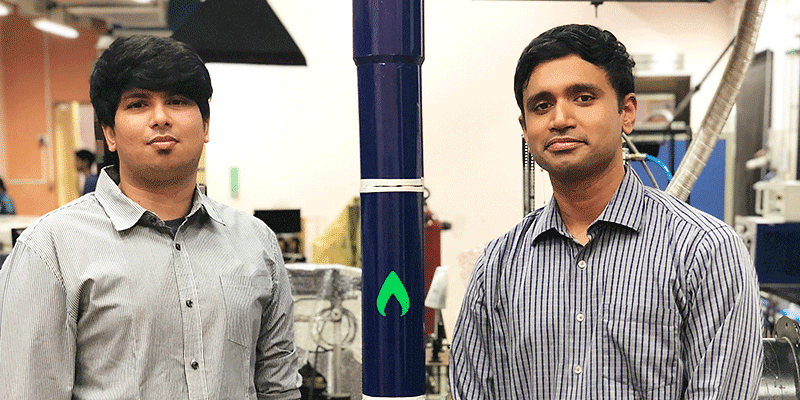 Chennai-based spacetech startup ﻿Agnikul﻿ Cosmos has raised $11 million in its Series A funding round led by Mayfield India. Its existing investors including pi Ventures, Speciale Invest and Artha Ventures also participated in the round.

Apart from this, the round also saw participation from BEENEXT, Globevestor, LionRock Capital, and a clutch of angel investors including Anand Mahindra, Naval Ravikant, Balaji Srinivasan, Nithin Kamath, Abhishek Singhania, Aarthi Ramamurthy, and Sriram Krishnan, Anicut Angel Fund, and LetsVenture, among others.

In an official statement, the IIT-Madras incubated startup revealed that post-funding, Mayfield India’s managing partner Vikram Godse will be joining the board of Agnikul Cosmos.

Speaking with YourStory, Srinath Ravichandran, Co-founder, and CEO of Agnikul explained that the funding will be mainly deployed for expanding its team and scale up its technology and infrastructure.

“Agnikul is democratising access to space for the small satellite market, which is largely underserved globally. The team’s customer-centric approach combined with their ability to constantly innovate will help them stay ahead of the competition and build a global success story. We are excited to back Srinath and Moin on their journey to space,” Vikram Godse, Managing Partner at Mayfield India, said in a statement.

Prior to this, Agnikul had raised $3.1 million in its Pre-Series A funding in March 2020 and the seed round of funding from Speciale Invest in 2019.

“Due to the COVID-19 situation, there have been a few delays but we are looking to launch our first mission in the second half of next year,” said Srinath.

Speaking about operations amid the pandemic, the co-founders explained that the startup has temporarily paused all of its liquid oxygen-based testings in order to ensure oxygen delivery to people across the country amid the pandemic.

“Apart from this, both of us are also connecting people to the vendors we worked with for oxygen whenever they reach out to us. We are trying to help in whichever way we can,” the co-founders explained.

Moin explained that earlier this year, the startup had test-fired the world’s first 3D printed rocket engine Agnilet and more such tests are scheduled for this year.

“In the next two years, we want to perfect getting to orbit. This is a large effort by itself and we are keeping our focus on just this for now,” he added.

Speaking about the current funding trends in the spacetech sector, Srinath explained that with the opening up of the space sector and launch of In-SPACe, there has been a shift in investor mindset and they are gradually opening up to investing in spacetech players.

In March, Bengaluru-based spacetech startup ﻿Pixxel had ﻿raised $7.3 million in a seed funding round from Omnivore and Techstars.

Web 3.0 — why Twitter is divided on the ‘internet of the future’

this is the time to innovate