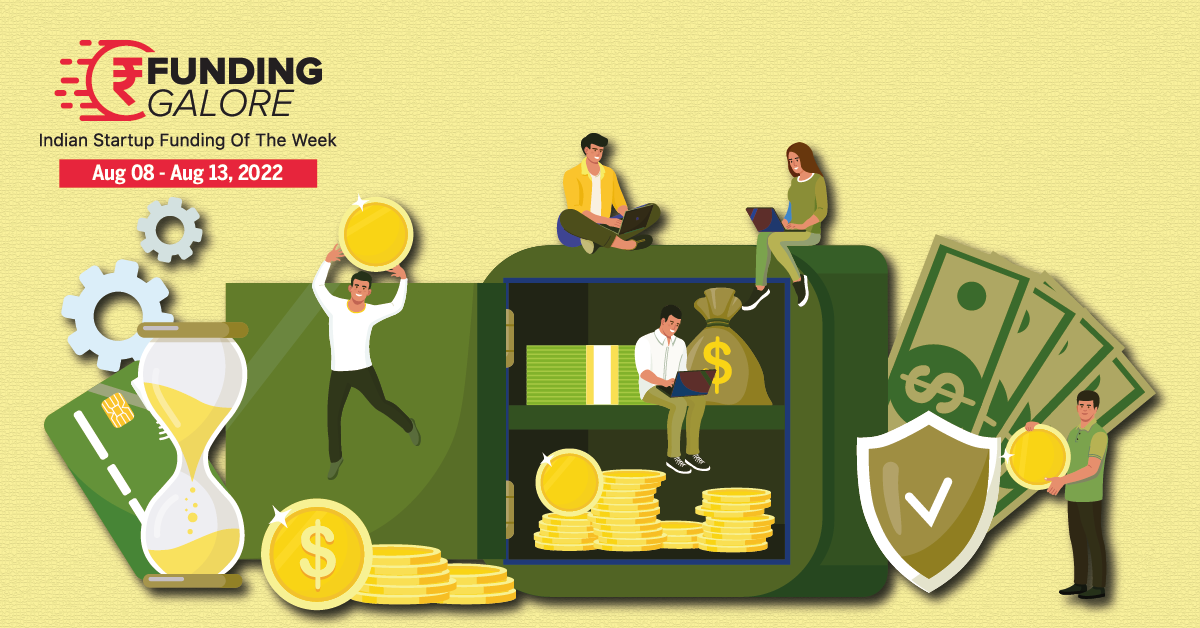 After a relatively good start in August, the startup ecosystem continues to hold the funding momentum even in the second week of the month.

Between August 8 and 13, Indian startups raised $440 Mn across 24 funding deals. This is a 166% rise than the previous week where startups managed to raise a total investment worth $165 Mn across 25 deals. It is also a 272% jump in terms from the last week of July, when the ecosystem raised $118 Mn across 24 deals.

The week saw two mega deals as an edtech startup upGrad raised $210 Mn and SaaS-based CleverTap moped up $105 Mn in its Series D round.

One of the most active investors this week was Tiger Global as it took part in three deals.

Logistics startup Ecom Express which was gearing for its INR 4,860 Cr initial public offering, is reportedly in talks to sell majority of its stake to ecommerce giant Amazon. This alleged move comes at a time when Indian startups have put on hold their plans to list on the public market, as the market has been volatile in the backdrop of the economic downturn. As per media reports, Ecom Express is likely to sell 51% of its stakes to Amazon for roughly $500 Mn. It has to be noted that Amazon doesn’t have its in-house logistics partner in India.