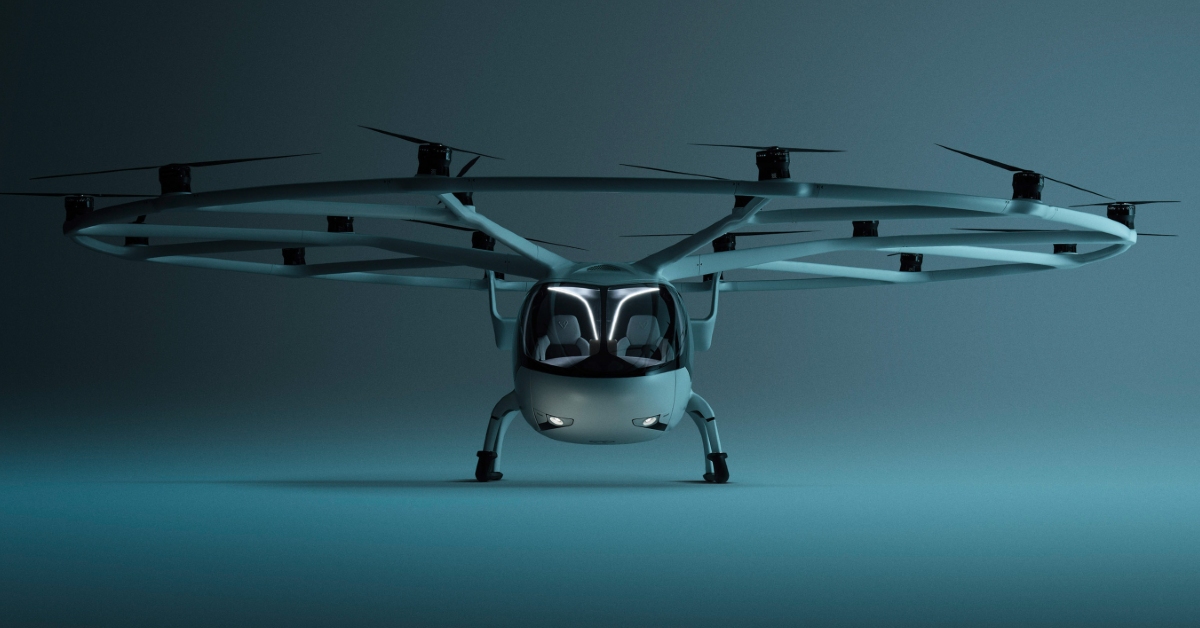 Currently, last-mile mobility and inter-city travel sectors are dominated by electric vehicles and e-scooters as they can help reduce harmful emissions as well as reduce traffic in metro cities. However, with advanced technologies coming into the picture, short-distance air travel is also expected to soon become a reality. In a recent development, Volocopter, Germany-based urban air mobility (UAM) startup, has raised an additional €200M in its Series D round of funding.

How will the funds be utilised?

The raised capital will be used to solidify Volocopter’s position in the UAM market. The funds will help bring the VoloCity (an autonomous electric aircraft), the battery-powered air taxi for cities, to certification and accelerate the launch of its first commercial routes.

The company aims to build the ecosystem necessary to “Bring Urban Air Mobility to Life” by cooperating with partners in infrastructure, operations, and air traffic management.

Volocopter is building the world’s first sustainable and scalable urban air mobility business to bring affordable air taxi services to megacities worldwide. With the VoloCity, the company is developing the first fully electric “eVTOL” aircraft in certification to transport passengers safely and quietly within cities.

Founded in 2011 by Stephan Wolf and Alexander Zosel, Volocopter is managed by CEO Florian Reuter, CTO Dr Arnaud Coville, CFO Rene Griemens, and CCO Christian Bauer, chaired by Stefan Klocke. The company employs about 300 people in its offices in Bruchsal, Munich, and Singapore.

Volocopter offers a holistic approach to the UAM market by developing a full ecosystem to connect all the vital parts to get the industry off the ground. This includes multipurpose aircraft (VoloCity and VoloDrone), and physical and digital infrastructure (VoloPort and VoloIQ), as well as partnerships with global leaders in their respective fields.

Florian Reuter, CEO of Volocopter says, “Volocopter is ahead of the curve in the UAM industry, and we have the achievements to prove it. No other electric air taxi company has publicly performed as many flights in cities around the world, with full regulatory approval, as Volocopter has.”

He further adds, “Our VoloCity is the fifth generation of Volocopter aircraft and has a strong path to being the first certified electric air taxi for cities. Volocopter already has the extensive partnerships necessary to set up the UAM ecosystem for launching both our company and the industry into commercial operations. We are called the pioneers of UAM for a reason, and we plan to keep that title.”

Besides, all existing investors including Geely, Daimler, DB Schenker, Intel Capital, btov partners, team Europe, and Klocke Holding amongst others also joined the round.

In 2011, Volocopter performed the first-ever crewed flight of an electric multicopter and has since showcased numerous public flights with its aircraft. The most notable has been the public test flights at Singapore’s Marina Bay in October 2019 and the world’s first autonomous eVTOL flight in Dubai 2017.

The company is also developing products for the logistics space with its heavy-lift cargo variant, the VoloDrone.

Volocopter claims to be the first and only electric vertical take-off and landing (eVTOL) company to receive Design Organisation Approval (DOA) by the European Union Aviation Safety Agency (EASA). It expects its first commercial air taxi routes to be opened within the next two years.

Volocopter has performed several milestone flights in Helsinki, Stuttgart, Dubai, and over Singapore’s Marina Bay in recent years. While the first routes are yet to be announced, the company has committed to establishing air taxi services in Singapore and Paris, with plans to expand many more routes in the US, Asia, and Europe.

In February 2020, the German drone startup raised €87M in its extended Series C round. It was back in September 2019, that the company had raised €50M in the initial closing of its Series C round of funding. With the current Series D round, the startup has raised a total of €322M in funding, to date.

Has Reliance Retail Beaten Tata To The Justdial Acquisition?

No link between 5G mobile towers and virus, says DoT

How startups can pivot to thrive, not survive