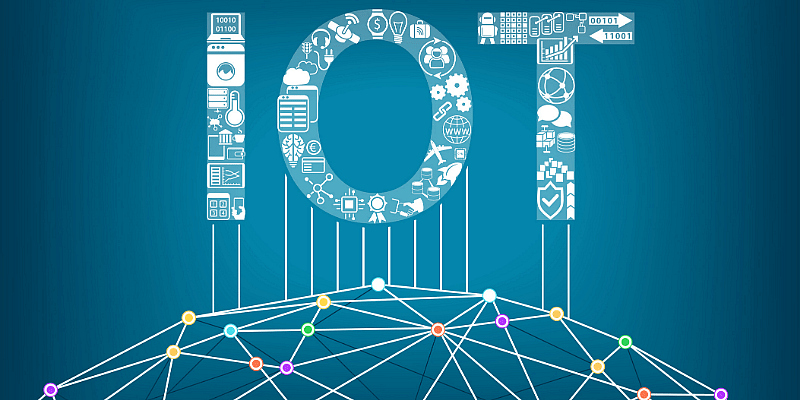 The pandemic practically made it clear that our society is now heavily reliant on technologies that keep us connected. Worldwide, the series of lockdowns forced individuals and businesses to introspect how they will conduct themselves and redefine strategies for not just the ‘Future’ but ‘Now’ too.

And this brought emerging and connected technologies like the Internet of Things (IoT) to the forefront. Many businesses are now looking to IoT for defining their part of “the new normal”, which will be more connected and much more real-time.

The advantage of IoT is that businesses can leverage this technology not only to achieve the much-needed operational efficiencies and cost savings but they can also create new offerings to transform their existing business model.

A business model is essentially a company’s core strategy for profitably doing business, which in turn creates and delivers value to its customers.

IoT-driven business models leverage the unique characteristic of IoT to convert an unconnected product into a connected product and service, which is available 24x7x365 days, serving the needs of the customer, hence delivering innovative, and differentiated value.

Over the last few decades, the businesses that have clearly differentiated themselves from competition or have created a market name in their industry using technology have used IoT to connect their products and services in a way that gives end-users more options.

Thanks to the accelerated adoption of this connected technology, we have online shopping, ride-sharing, and a plethora of subscription-based services that range from food delivery to music to media and entertainment and even healthcare now.

Here are the four business models that have been accelerated with IoT at their core.

Products-as-a-service is not really a new concept as leasing a home, paying to use an air pump at a gas station, or even companies having to pay royalties to musicians and authors for their songs and books are all examples of the concept.

Rather than end-users paying a large upfront fee to own something, they simply are paying for the time they use it.

While the products-as-a-service model already has existed for quite some time, IoT has effectively made it easier for the end-user to see the value in paying for the service of a product rather than purchase the product outright.

For example, General Electric (GE) transitioned away from selling traditional industrial products towards selling ‘as-a-service’ packages, by wrapping data and digital solutions around its core offering. GE’s new business model was coined as “Power by the Hour”, wherein it started selling its engines as a service using connected technologies. GE sells its engines for some thousands of dollars per operating hour, and its customer pays only when the plane is flying.

The customer benefits as for them a large fixed cost is transformed into a variable cost, they have better service experience with the reduced unscheduled maintenance of engines as well as reduced downtime — more flying hours means more business.

IoT has also greatly enhanced the products-as-a-service model by giving providers a platform to apply actuarial science in order to mitigate financial risks.

Applying IoT to the products-as-a-service model enhances customer service on behalf of the manufacturer, providing consumers with a better deal on products they may not want to pay to own.

Similar to products-as-a-service, asset sharing is a relatively old concept that recently has been broadened and enhanced with IoT. Not only has IoT made it easier for those who need assets to connect with those willing to share, but it also has legitimised asset sharing into its own economy.

For example, by building GPS, reviews, and alerts into their asset sharing platform, companies like Uber and Lyft have created a viable model for ride-sharing programmes. And the same concept is working in the field of agriculture too. Global firms Aeris, India and ‘Hello Tractors’ have collaborated to provide an Uber-like rental and hiring facility for tractors in the country.

In India, the bulk of the tractors are owned by farmers in Punjab, Haryana and West UP, but with this model, even small and marginal farmers in eastern UP, Bihar and Jharkhand and Odisha are now able to cultivate their land through tractors.

IoT has helped to simplify tractor tracking, utilisation time and billing, based on time in the field and area covered. Using the technology to their advantage, the farmers are able to plant 40 times faster at one-third the cost.

Automatic fulfilment is a newer business model that utilises up-to-the-second inventory data, analytics, and consumer input to replenish goods that customers or other businesses need – not only when they need it but even right before, they need it.

In retail, automatic fulfilment ensures that supply can meet demand; if one store is out of an item, the IoT network quickly can find the nearest store or warehouse location with that item and work to replenish it as soon as possible.

IoT not only speeds up the rate of order fulfilment but also decreases the cost. By setting up automated machines to weigh, package, and label orders as soon as a customer hits a button, companies can set up order fulfilment systems that are somewhat self-sufficient.

For example, a mosquito treatment system may need to be refilled with pesticides every few months. By installing a sensor in the pesticide tank, the machine can send out an order to be refilled automatically or send an alert to the homeowner, letting them know that it is time for a refill.

One of the most valuable assets to come out of IoT is data itself. With data becoming the goldmine, it has created a huge economic value for itself. Interestingly, this business model was seen in action prior too with the consumer reports and television ratings being a few examples of data being monetised before the advent of IoT.

However, the scale at which IoT collects data is such as deep ocean that the entire data market has taken on a whole new scale, level and value.

Over the next decade, we are likely to see anonymised data shared across multiple applications and businesses. We are already witnessing insurance companies utilising in-depth details on driver behaviour to determine the premiums to be paid.

How fintech can democratise opportunity in the pandemic era and beyond

Since childhood, Nandesh Gupta had his mind set on becoming an entrepreneur

Becoming Irresistible: How to Maximize the Impact of Your Message