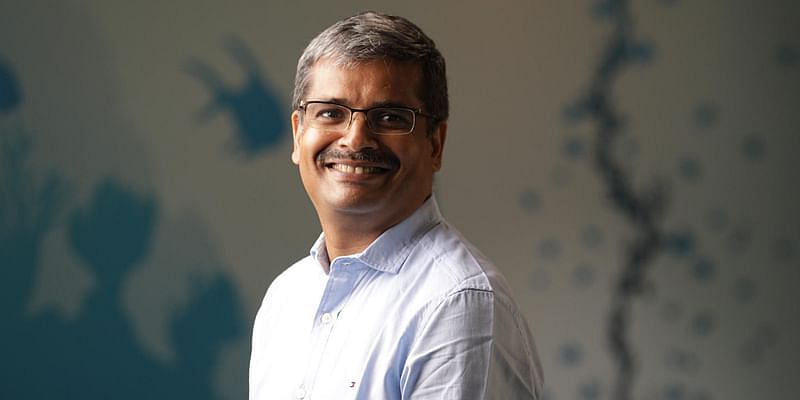 Angel investor Dilipkumar Khandelwal comes from a business family. While his heart was always inclined towards entrepreneurship, at the same time, he was interested in exploring how businesses can scale up without investing too much capital.

“The reason is two-fold — one is, of course, my heart was into entrepreneurship because that’s my background, and the second thing is, what you have learned and what you can give back. So I started involving in the ecosystem close to five years back,” he says.

In this episode of 100X Entrepreneur Podcast, a series featuring founders, venture capitalists, and angel investors, Dilip speaks to Siddhartha Ahluwalia on how he got introduced to the Indian startup ecosystem and began his journey as an angel investor.

Dilip says he learned the scaling up techniques during his stints at  SAP Labs India (ex-Managing Director) and HANA Enterprise Cloud (ex-President), respectively. From there, he decided to take this knowledge forward to the Indian startup ecosystem.

At present, a limited partner with Stellaris Venture Partners and Fireside Ventures, Dilip has been an active angel investor since 2016, who has supported over 25 companies.

“I am very lucky to have a friend like Alok Goyal. I knew him from SAP days when he was working with Helion. It was my first interaction with startups. He helped me introduce a few of the entrepreneurs, and that was the beginning. Now it’s been five years, and I still try to meet between three to five founders a week,” Dilip claims.

Journey as an investor

Dilip reveals that he has been focussed on a couple of sectors, including D2C, consumer-tech, and B2B SaaS.

He reveals that his portfolio includes several startups such as Whatfix, Signzy, Moglix, Yellow Messenger, Credgenics, and Pepper Content, among others.

In his initial three years as an investor, Dilip focussed mainly on learning and kept his investments very limited.

“In the last couple of years, I feel, I have a little bit of understanding now on the few common challenges and the patterns that exist, and that makes it a lot easier for you to decide on the investments. I typically tend to now do between eight to 10 investments a year,” he adds.

Primarily, Dilip claims to avoid investing in companies that are solving multiple problems. He likes founders who are trying to find a solution for a specific problem.

The second most important aspect for him is the quality of the team and the founder of the organisation. And finally, he focusses on the market where the startup operates.

Speaking about exiting a startup, Dilip says, “I tend to believe that if you come as an angel, or in the seed round, it is a little bit different than when you come at the Series A and B round. If you are coming at the angel or seed round, I think the right size for you to exit is between around $150 and $250 million,” he says.

To know more, listen to the podcast here.

00:59 – From a traditional Rajasthani business family to an investor in early-stage startups

07:12 – Change in perspective; investing in startups

11:15 – Scaling can only work with the overall fundamental mechanism of the organisation

15:09 – Making a product scalable is different versus adding more features

27:30 – Importance of deeper understanding with a sectoral perspective

28:14 – Upcoming trends over the next decade

What Amplitude’s choice to direct list says about its products, growth and value – TechCrunch

Six Ways an Interior Design Startup Can Get Visibility